Around 1.48 million people filed for initial unemployment benefits last week, the 14th consecutive week that states have processed over a million first-time applications — and a larger weekly figure than economist predictions of 1.35 million. While the figures for the week ending June 20 are a far cry from […]

Around 1.48 million people filed for initial unemployment benefits last week, the 14th consecutive week that states have processed over a million first-time applications — and a larger weekly figure than economist predictions of 1.35 million.

While the figures for the week ending June 20 are a far cry from the peak of 6.6 million in March, it is still an astonishing number, and a continuation of the grim ritual that has happened at 8:30 a.m. every Thursday since the pandemic hit, when the Department of Labor announces how many claims have been made for unemployment insurance.

The U.S. economy is showing some signs of improvement — in housing and online retail sales, for instance, but the labor market is still in rough shape.

As the downturn wears on, economists are paying closer attention to continuing claims. According to the latest release from the federal government, around 20 million are still out of work and receiving ongoing benefits.

“We would hope that they would be coming down,” said James Knightley, ING’s chief international economist. “They are not coming down as quickly as we would like to be seeing.”

Economists and policymakers continue to pore over the latest monthly government employment data, from May. Many of them expected to see dramatic job losses; instead, the U.S. economy added 2.5 million jobs. During congressional testimony last week, Federal Reserve Chairman Jerome Powell called that report “unexpectedly positive,” and said it was “maybe the biggest data surprise that anyone can remember.”

The debate continues over how and why so many forecasters got it wrong. Was it because the economy opened faster than expected? Did it have to do with how employers counted and categorized workers? The Labor Department has pointed to problems with the survey from which its report is drawn.

According to Knightley, who has been digging into data from Homebase, a company that works with small businesses, “the true picture of the labor market is worse than the official jobs reports are suggesting.”

White House officials, including President Donald Trump’s chief economic adviser, Larry Kudlow, have said the monthly report indicates the labor market is improving. As a debate continues on Capitol Hill over another fiscal support package, they argue the data buy them more time. Congressional Democrats are skeptical, and so are many economists.

“My outlook didn’t change a bit as a result of that number,” said Mark Zandi, chief economist of Moody’s Analytics. “Hiring has obviously picked up, and we are getting net job growth, but the level of layoffs remains extraordinarily high.”

He argues the economy needs more sustained support, and he worries about what will happen when emergency benefits expire, at the end of July. A Democratic proposal would extend the expanded unemployment benefits that give jobless Americans up to an additional $600 a week through the end of the year.

Tens of millions of Americans would be out of work, Zandi said, and many of them would have no savings. “That is fodder for a recession,” he argued, adding that would be the case regardless of what happens with the COVID-19 pandemic.

The U.S. officially hit a recession in February, according to the National Bureau of Economic Research, the agency that identifies periods of economic growth and contraction.

Powell has studiously avoided advising lawmakers on what kind of fiscal support the economy needs, but he has suggested there is a need for Congress and the administration to do more.

“The economy is just now beginning to recover,” he told members of the House Financial Services Committee last week. “It is a critical phase, and I think that support would be well placed at this time.”

Trump has suggested the economy will bounce back as states lift lockdowns, but the growing number of out-of-work Americans filing for benefits suggests that is not happening.

Businesses that have been trying to stay afloat — with help from the Paycheck Protection Program and the Main Street Lending Program — are now plotting a path forward.

According to Knightley, “If you are still firing 1.5 million people in the middle of a reopening story, that to me suggests that these are companies trying to adjust their workforces to a new future that they are anticipating.”

On Capitol Hill, the Fed chairman acknowledged the labor market is going to look different in the months and years ahead.

“I think there are going to be a large number of people who will not be able to immediately go back to work at their old job, or even in their old industry,” Powell said. “There will be a significant group that is left over even after we get the employment bounce.”

According to Powell, there are 25 million workers who have been “displaced,” as he put it. “We have a long road ahead to get those people back to work.”

During his testimony, Powell fielded questions from lawmakers about what that road will look like. Time and time again, he said it is dependent on how quickly and successfully we are able to mitigate the spread of the coronavirus.

Like Powell, Grant Thornton’s chief economist, Diane Swonk, is paying close attention to public health data. “We have a long summer ahead of us,” she said. “We are in the thick of it all over again. This is a much more systemic problem than people are understanding.”

So, when does the grim ritual end? Swonk said the economy faces another round of layoffs in the weeks to come, as state governments — many of which have to have balanced budgets — make some tough decisions about who they can keep on their payrolls.

A Reversion to the Average Yield Could Mean Big Returns

Thu Jun 25 , 2020
With so many companies pulling guidance due to the Covid-19 pandemic, investors are left without highly important information to use in analyzing the value of a stock, including earnings per share estimates. While analysts can help fill in the gaps, it might be a fool’s errand to rely on these […] 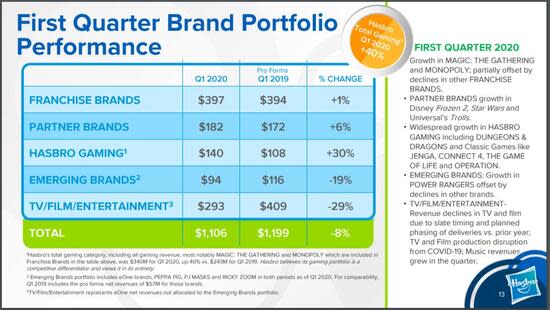