Blockbuster store going out of business Even prior to the coronavirus pandemic, how we shop — and where — had drastically changed over the years. Gone are the days when we would spend hours perusing the local mall or finding a cozy nook at a bookstore to flip through a […]

Even prior to the coronavirus pandemic, how we shop — and where — had drastically changed over the years. Gone are the days when we would spend hours perusing the local mall or finding a cozy nook at a bookstore to flip through a magazine. Picking out a movie has evolved from scouring the shelves at a video store to scrolling through the latest streaming options right from our couch. And instead of shopping at specialty stores, Target, Walmart and Amazon have become the go-to for buying just about everything. With the changing consumer landscape — and yes, the coronavirus pandemic — some of our formerly favorite companies have gone out of business in recent years.

If you’re ready for some retail nostalgia, take a look at some once-beloved stores and companies that don’t exist anymore.

In a pre-e-reader, pre-Amazon world, browsing books at Borders was an idyllic way to spend an afternoon. The mega-bookstore started out with a single location in Ann Arbor, Michigan, and expanded to hundreds of locations throughout the U.S. during its 40-year run. Borders’ focus on size may have been its downfall, however, NPR reported — the chain continued to emphasize stocking a wide variety of books in-store even as online shopping continued to rise in popularity. The company was no longer profitable after 2006 and closed its doors for good in 2011.

Kodak began with the mission to make photography more accessible to the masses — and back when physical film was a thing, nothing could beat the excitement of seeing how all of your pictures turned out (or the disappointment about the ones that didn’t). But as photography went digital, the company went into decline; it filed for bankruptcy in 2012.

In the years since the filing, Kodak has pivoted its focus from cameras to a number of other products, including cellphones, tablets, a digital currency called KodakCoin and commercial printing software. Its latest pivot is even more unexpected — in August, Kodak agreed to a deal for a $765 million government loan to produce ingredients used to make generic drugs, The Wall Street Journal reported.

If you grew up in the ’90s, you likely spent many a Friday night searching for the perfect movie at your local Blockbuster. The first Blockbuster video-rental store opened in Dallas in 1985, a time when most video stores offered just a limited selection of titles. With 8,000 tapes to choose from, Blockbuster quickly became a success and the company expanded rapidly. It eventually became one of the biggest in-home entertainment companies in the world, according to History. Then, digital video came into the picture, and Blockbuster struggled to compete, eventually closing its stores for good in 2013 following its acquisition by Dish in 2011, The New York Times reported. However, this decision did not affect locations that are independently owned. Although most franchises have since closed their stores, one location still remains in Bend, Oregon — and it may be worth the trip to get your nostalgia fix. Just don’t forget to rewind.

Sports Authority was founded in Fort Lauderdale, Florida, in 1987 and grew to become the largest sporting goods store chain in the country with stores in 41 states and Puerto Rico, The Chicago Tribune reported. In 1990 it was acquired by Kmart, and in 2006, the company was bought by a private equity firm. Facing tough competition from Dick’s Sporting Goods and Amazon, Sports Authority filed for bankruptcy in 2016. The company hoped to be able to keep some stores open, but after failing to secure a buyer, it closed its doors for good.

See: Enron and the 24 Other Most Epic Corporate Downfalls of All Time

The first RadioShack dates back to 1921 with a ham radio shop in Boston, according to the trade magazine Twice. Through the years, it evolved into the go-to spot for loudspeakers, mobile phones, satellite TVs, batteries and electronic toys, and it was the first retailer to sell a mass-marketed, fully-assembled PC. But with the rise of Best Buy and Amazon, RadioShack was soon left in the dust. The company filed for bankruptcy in 2015, was acquired by Sprint, and filed for bankruptcy again in 2017. Following its second bankruptcy, RadioShack started a new partnership with Hobby Lobby to bring RadioShack Express “stores” inside 100 HobbyTown locations, CNBC reported.

A popular purveyor of rhinestone logo T-shirts and sweatpants, Bebe was a mall staple for many years. The women’s retail store was founded by Iranian-born immigrant Manny Mashouf in 1976, who took the company public in 1998. He and his family were briefly billionaires in 2006 at the peak of the company’s success, Forbes reported. But following years of declining sales and losses, Bebe decided to close all of its stores in 2017. The brand has since transitioned to an online-only retailer.

Once lauded for its super-soft, somewhat-overpriced T-shirts and hoodies, American Apparel eventually got swept up in scandals involving its labor practices and allegations of sexual harassment, leading to its downfall. But before all that, the retailer began out of founder Dov Charney’s dorm room in 1989. American Apparel went on to expand to over 200 stores in over 20 countries, reaching $633 million in sales, The Atlantic reported. But the scandals, Charney’s ousting for those scandals and a changing retail landscape all added up to American Apparel’s demise. It declared bankruptcy in 2015 and again in 2016, and was acquired by Canadian company Gildan Activewear in 2017, CNBC reported. While you can no longer browse identical basics in every color of the rainbow at an American Apparel store, you can still purchase the brand online.

Toys R Us started as a baby goods store in 1948 and evolved into the first-ever big-box toy store in 1957. Originally created as a “supermarket for toys,” this new model transformed toy shopping from a once-a-year holiday treat to a regular family outing. The idea quickly caught on, and Toys R Us ended up going public in 1978. Business boomed in the ’80s and ’90s, but, ironically, Toys R Us was defeated by the big-box model it had pioneered, with stores like Walmart proving to be a tough competitor in the space. The rise of e-commerce and Amazon further hurt Toys R Us’ bottom line, and the company eventually decided to close all of its U.S. stores in 2018 after declaring bankruptcy, CNN reported.

In 2019, much to the delight of anyone who once considered themselves a Toys R Us kid, the beloved toy chain reemerged — but on a much smaller scale. It now operates two mall stores: one in Houston and one in Paramus, New Jersey.

Payless ShoeSource was once the go-to shopping destination for inexpensive footwear — by 2011, its sales volume had reached $3.4 billion, Forbes reported. The shoe retailer started from humble beginnings, with a single store called Volume Shoe Corp. It was incorporated as a part of The May Department stores in 1979 and became its own independent company once again in 1996. Roughly two decades later, Payless filed for bankruptcy in 2017 following increasing debts from an overly aggressive expansion plan. In 2019, Payless filed for bankruptcy a second time and closed all of its stores.

According to Forbes, “the company continued to encounter too many aggressive competitors, including Zappos (a division of Amazon), Kohl’s, Walmart, Target and others who provided more compelling merchandise offerings. A visit to a Payless store became irrelevant.”

Check Out: Disney and 12 More Surprising Companies That Had a Disastrous 2020

In 1976, Gymboree was founded as a play and music center for kids; it wasn’t until a decade later that it began selling children’s clothes, Retail Dive reported. In 2010, the company was bought by Bain Capital for $1.8 billion; at the time, Gymboree was rapidly expanding and carried almost no debt. Sadly, things took a turn for the worse and the company filed for bankruptcy in 2017 and again in 2019. Following its second bankruptcy filing, Gymboree was acquired by its competitor, The Children’s Place, CNBC reported.

Although Gymboree no longer has stand-alone stores, it’s now available to shop online as well as in shop-in-shop locations in select The Children’s Place stores.

The original Dressbarn was founded in 1962 by Roslyn Jaffe, a mother of three, in Stamford, Connecticut. It was acquired by Ascena Retail Group in 2011, and in 2019, the company’s chief executive announced that Dressbarn would be closing all of its stores.

“This decision was difficult, but necessary, as the Dressbarn chain has not been operating at an acceptable level of profitability in today’s retail environment,” Steven Taylor, chief financial officer of Dressbarn, said in a statement at the time.

Dressbarn had been struggling to maintain customers who were flocking to competitor stores like TJ Maxx, Target and Walmart, The New York Times reported. Although it no longer has physical locations, you can now shop the retailer at Dressbarn.com.

When a drug store greeting card just wouldn’t do, Papyrus was the destination for upscale greeting cards. But the mall staple’s fancy greeting card reign came to an end in 2020 when it filed for bankruptcy and announced that it would be closing all of its stores.

Papyrus dates back to 1950 when it sold cards and imported stationery wholesale, and it expanded into retail stores in 1973. It eventually grew to 500 stores, including its American Greetings, Carlton Cards and Paper Destiny brands, CNN reported. The company never fully recovered from the 2008 financial crisis due to overexpansion and a decline in brick-and-mortar shopping. Although Papyrus stores are closed, you can still shop Papyrus-branded cards at other stores.

Pier 1 Imports began as a single store in San Mateo, California, in 1962, and in 1979, its Royal Oak, Michigan, location became the first to reach $1 million in annual sales. Pier 1 launched its online e-commerce site in 2012 — but it seems like this move was too little too late. In June 2020, Pier 1 officially went out of business and announced that it would be closing all of its stores by October, CNN reported. Sales had been declining as big-box stores like Target and Walmart expanded their home goods offerings.

Pier 1 has now been acquired by Retail Ecommerce Ventures and it has been relaunched as an “internet-first retailer.”

Sam Stein, a Russian immigrant, opened the original Stein Mart as a general merchandise store in Greenville, Mississippi, in 1908, and through its evolution into a department store, it remained in the family until the company filed for bankruptcy in 2020, the Jacksonville Daily Record reported. The department store chain was already struggling due to a shift from brick-and-mortar retail to e-commerce, and pandemic-related closures proved to be the straw that broke the camel’s back. In August, Stein Mart’s liquidators announced that it would be closing all of its 279 locations, CNBC reported.

The original Barneys was a 500-square-foot men’s discount store in New York City founded by Barney Pressman in 1923. When his son Fred inherited the business, he turned it into a luxury retailer. In 2019, it was sold to Authentic Brands Group and financial firm B. Riley for $271.4 million, and a year later, the company closed its stores for good. Authentic Brands said that it will license the Barneys New York name to Saks Fifth Avenue, with plans to bring Barneys New York shops to various Saks stores in key markets in the U.S. and Canada, NBC New York reported.

This article originally appeared on GOBankingRates.com: 15 of Your Favorite Companies That Have Gone Out of Business 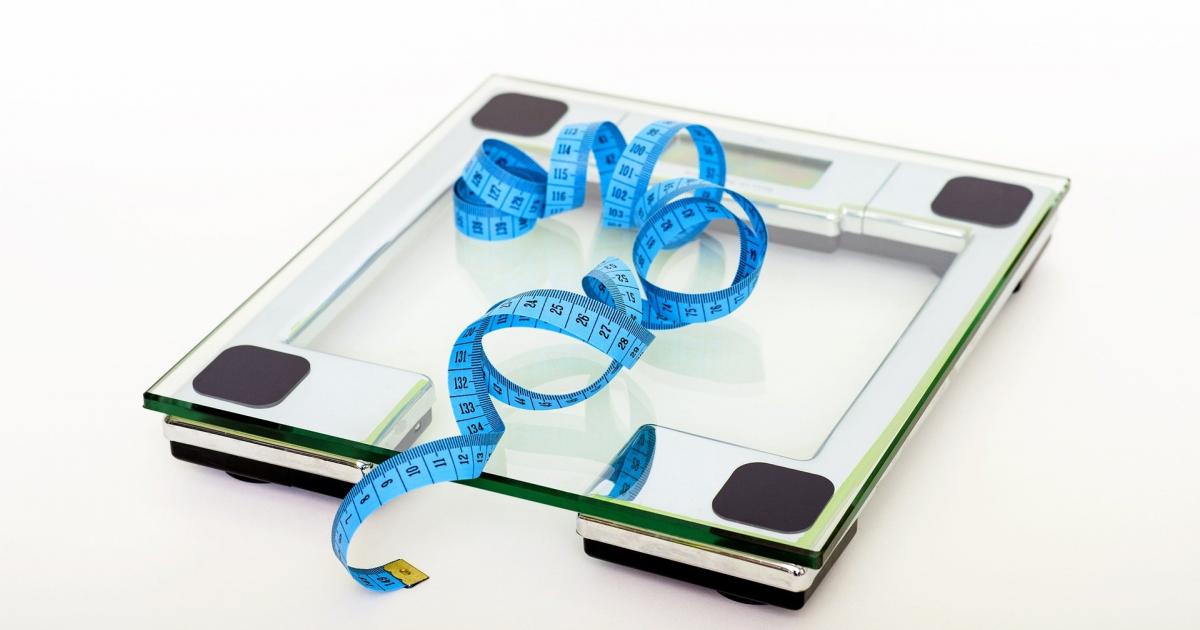