Mortgage rates have fallen to new all-time lows so many times this year that it’s almost getting routine. “Really? Again?” But if you’re a homeowner, don’t let me catch you yawning, or shrugging off these milestones. Because a new record low means there are more old mortgages out there that […]

Mortgage rates have fallen to new all-time lows so many times this year that it’s almost getting routine. “Really? Again?”

But if you’re a homeowner, don’t let me catch you yawning, or shrugging off these milestones. Because a new record low means there are more old mortgages out there that are worth refinancing at lower interest — maybe including your current loan.

Thanks to the latest new floor for mortgage rates, more than 16 million mortgage holders are now good refi candidates and are missing out on hundreds of dollars in savings per month, according to a report released Monday by the mortgage data firm Black Knight.

Find out whether you’re in that group.

As rates slide, opportunities open up

Rates on 30-year fixed-rate mortgages dropped last week to an all-time-low average of 3.07%, according to mortgage giant Freddie Mac, which has been conducting weekly rate surveys since 1971.

Mortgage rates have been falling steadily amid the financial turmoil touched off by the coronavirus, and they’ve now hit new record lows five times since early March. But the latest one has expanded the field of potential refinancers like never before, Black Knight says.

A record 16.3 million homeowners now have an incentive to refinance and could cut their mortgage payments by an average $283 a month. And, you might do even better than the average: 4.6 million could save at least $300 per month by refinancing, and 2.6 million would save $400 or more each month, the research says.

You’re considered a good candidate for a refi if you can shave at least three-quarters of a point — 0.75 — off your current 30-year mortgage rate. That is, refinance from a mortgage at 3.90% to a loan with a rate of 3.15% or better.

You also need to be current on your mortgage, which may be tricky for some borrowers during the pandemic. As U.S. unemployment has soared, millions of Americans have put their mortgage payments on hold by requesting forbearance from their lenders due to financial hardship.

Other important factors before you apply for a refinance mortgage: You’ll need a credit score of 720 or higher, and you should have at least 20% equity in your home.

Another good reason to refi: Rates under 3%

You might score unbelievable savings if you’re able to land a mortgage rate much lower than the Freddie Mac average of 3.07%. A separate survey of lenders, from Mortgage News Daily, finds the typical 30-year mortgage rate has sunk to just 2.94%, and some borrowers have bagged rates as low as 2.5%.

Rates far below 3% are available, but you have to look your best to a lender, says Richard Pisnoy, a principal with Silver Fin Capital, a mortgage broker in Great Neck, New York.

“A borrower would need to have excellent credit, provable income that allows them to qualify, equity in a the home, and — in a few cases — post-closing reserves,” Pisnoy says, referring to emergency savings or other accessible cash you could use to make mortgage payments in case of a financial setback, like a layoff.

Despite the often insanely low rates that are possible today and the financial benefits for homeowners, refinancing has cooled in recent weeks, according to the Mortgage Bankers Association.

“It is possible that many borrowers have already refinanced or are waiting for rates to go even lower,” says Joel Kan, the trade group’s associate vice president of forecasting.

But mortgage rates are notoriously impossible to predict, and you could find yourself waiting for lower rates that never come. If they go higher, you’ll lose out on an attractive rate and hundreds of dollars in potential savings available right now.

So, a good strategy is to research refinance offers from several lenders — and pounce when you find something that would work well for you. Shopping around is vital, because different lenders can offer widely different mortgage rates.

And don’t forget to comparison shop when the time comes to renew your homeowners insurance. You can easily go online, get several home insurance quotes, and find the policy offering the best coverage at the right price.

Tue Jul 7 , 2020
Financial technology company AeroPay has introduced a new suite of digital payment solutions for cannabis businesses. The tech enables digital payments by utilizing so-called “smart bank transfers” and allows business-to-business (B2B) and customers-to-business (C2B) transfers. The technology covers all aspects of the cannabis industry, and it includes both in-person and online payments. Dispensaries will […] 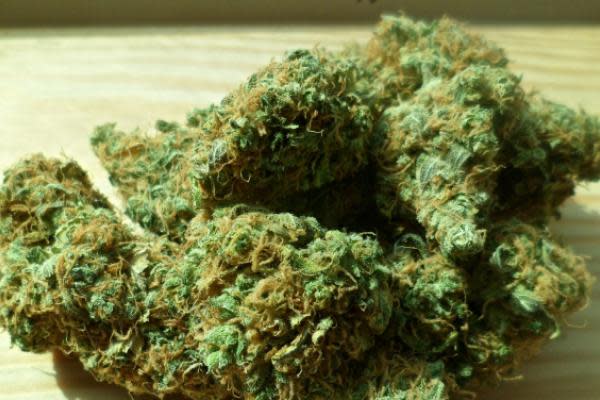