This year certainly has thrown its fair share of curveballs. And one unusual factor in the stock market this year has been the rise of “Goldilocks” midcap stocks that are neither too big nor too small to succeed in this fast-changing environment. Consider that the Russell 2000 index RUT of […]

This year certainly has thrown its fair share of curveballs.
And one unusual factor in the stock market this year has been the rise of
“Goldilocks” midcap stocks that are neither too big nor too small to
succeed in this fast-changing environment.

Consider that the Russell 2000 index
RUT
of midsize U.S. corporations tallied its sixth record close of 2020 right after Thanksgiving, topping off a 15% surge since Election Day. But even more impressive is how this midcap index has diverged from the S&P 500
SPX
over a slightly longer horizon; the Russell 2000 is up about 18% since Sept. 1 while the large-cap S&P is up only about 3%.

So what gives? Well, many large companies simply cannot respond fast enough in a challenging market environment. When you command multinational operations with thousands of employees, change takes time. On the other hand, small-cap companies can be agile but tend to operate with little margin for error. Big and well-capitalized firms may simply see their shares drift lower, but small firms risk going under during a prolonged crisis.

In between those two words lie midcap stocks like those that
make up the Russell 2000. Valued at around $2 billion to $10 billion, these
“Goldilocks” stocks that are neither too big nor too small. The
following five stocks all show in different ways how this middle road of
midcaps could be your best bet in this market environment.

Admittedly, cosmetics giant Coty
COTY
has been giving investors headaches for years. Since setting all-time highs in 2015, the company has seemingly taken one wrong step after another, and shares have plunged about 80% over that time. A short list of reasons include an acquisition spree that prompted rising debt levels and lawsuits over deceiving shareholders, and a ton of turnover at the top with four CEOs in the span of one year.

But that’s hopefully all old news now, and Wall Street seems
more interested in Coty’s future than its past. The stock surged 12% in a
single session in November on a big upgrade
from Citigroup and a $10 price target — roughly 40% higher than
current levels. What’s more, those gains come as the stock has skyrocketed 150%
since the end of September.

Admittedly, the pandemic means it’s not the best time to be
in the cosmetics biz. But the coronavirus-related crash for the stock in early
2020 also came at a time Coty got religion about its turnaround plans, reducing
its product portfolio and cutting costs. That didn’t just include the normal
route of layoffs but also outsourcing
production and optimizing its supply chain as well as slashing
executive pay by 25%.

The results have seemingly paid off, with a return to profitability forecast this fiscal year and earnings expected to be about 10 cents per share. That will surge to more 30 cents next fiscal year if forecasts hold.

There is clearly risk in a midcap turnaround story like Coty, but Wall Street also sees some big potential as this stock rides its recent momentum higher.

While things haven’t been particularly rosy for some consumer discretionary names in 2020, footwear giant Deckers Outdoor
DECK
has shined thanks to its strong brand and direct-to-consumer model. Shares are up more than 50% year-to-date and more than 300% in the last five years, with the strong long-term uptrend disrupted only for two months or so in the spring during the worst of the coronavirus-related market volatility.

With loyal customers eager for its UGG boots and Teva sandal
brands, Deckers has been able to command premium prices lately — but more
importantly, it is building its own e-commerce engine to cut out third-party
retailers and keep more of the profits. This spring, online sales more
than doubled as Americans were forced to forgo the mall. And with
projected revenue growth of more than 13% next fiscal year, investors can
expect profits to get an even bigger shot in the arm as the company’s direct-to-consumer
margins are much better than traditional wholesaling.

Wall Street analysts have been gushing over this stock for good reason, with four upgrades to the stock’s price targets in October after Deckers reported record revenue and earnings. And the highest of these targets, $302 from Telsey Advisory Group, implies more than 15% upside from here, even after that already impressive run in 2020.

As the global economy faces less commuting in the short term because of coronavirus and reduced fossil-fuel usage in the long term thanks to global warming, it may surprise you that Diamondback Energy
FANG
has become so popular.

Sure, earnings are admittedly much lower this year than last year, and shares are roughly a third of where they were in 2018. But the stock has roughly tripled from its 52-week low earlier in the year and now seems to have normalized after implementing production cuts and cost-savings plans. In fact, according to a November call with analysts, FANG’s oilwell costs are down 30% compared with 2019.

And slowly but surely, oil has crept back above $40 a barrel as OPEC continues to talk up production cutbacks. This one-two punch allowed the company to reaffirm its fourth-quarter guidance in October and sparked a roughly 80% rally for shares during November.

Diamondback is not without risks. But investors should take heart that the company posted just over $1.7 billion in operating cash flow across the first nine months of 2020, very close to the $1.8 billion in 2019, and remains soundly profitable.

It’s wise to be leery of energy stocks that could implode thanks to the crushing weight of high-interest loans, but Diamondback is decidedly not one of these risky names. It has streamlined operations to weather short-term pressures, and if oil keeps running higher we could see this stock move significantly higher, too.

Go ahead and call it a comeback. Nordstrom
JWN
was crushed in early 2020 by coronavirus restrictions as well as the long-term trends of online competition. But after a stellar showing in the last several weeks, the stock has leapt back to its March levels. Big corporate profits are projected in 2021 as conditions normalize and e-commerce investments pay off.

In fact, third-quarter earnings in late November showed the store was already back into the black with more than $150 million in operating cash flow. Even more impressive was that digital sales hit $1.6 billion to account for more than half of all Nordstrom’s business in the quarter.

This is a tremendous development, particularly because we’ve started to learn that even if the pandemic winds down in 2021, there will be big changes in how consumers and businesses act going forward. Though the virus outbreak has been difficult for all of us, the reality is that it forced Nordstrom to act quickly and connect with customers in a way that will help reshape the business. And with almost $900 million in cash on hand on top of its profitable outlook, you can understand why Wall Street was eager to sound the “all’s clear” and begin bidding up this stock again in a big way.

Shares have
more than doubled in the last month or so, and have shown no signs of slowing
down as we enter the all-important holiday shopping season.

What can you say about Plug Power
PLUG
other than it is the right stock at the right time? Shares have blown away almost every other midcap stock out there, with gains of more than 700% year-to-date in 2020 as this hydrogen fuel cell leader comes into its own.

Yes, Plug Power is still not yet profitable. But anyone who has written off high-growth startups because of that has been left in the dust many times over. What’s important to watch is the surging top line, with revenue set to jump more than 35% in fiscal 2020 and then expand another 35% in 2021 according to the consensus targets from analysts.

This is in line with Plug Power’s tremendously ambitious five-year plan revealed in 2019 that would create a company with $1 billion in gross billings and $170 million in operating profit by the end of 2024. Considering next fiscal year’s forecast puts it about halfway there on the revenue side, investors who may have previously doubted this stock are increasingly coming around.

There’s little doubt that the world is hungry for alternative energy sources amid the fight against climate change, and this company is ramping up at the perfect time — particularly as the incoming Biden administration is reportedly set to make this issue a top priority in the U.S.

Now read: These seven stocks have doubled in 2020 — and analysts say they have further to run

Also: The Russell 2000 has had a powerful November — and the gains aren’t over

Jeff Reeves is a MarketWatch columnist. He doesn’t own any of the stocks mentioned in this article.

Mon Nov 30 , 2020
Over the past quarter of a century, technology has played a big role in helping make John and Jane Q. Investor a lot of money. In particular, the advent of the internet has allowed for the instantaneous dissemination of information at the click of a button. This ease of access […] 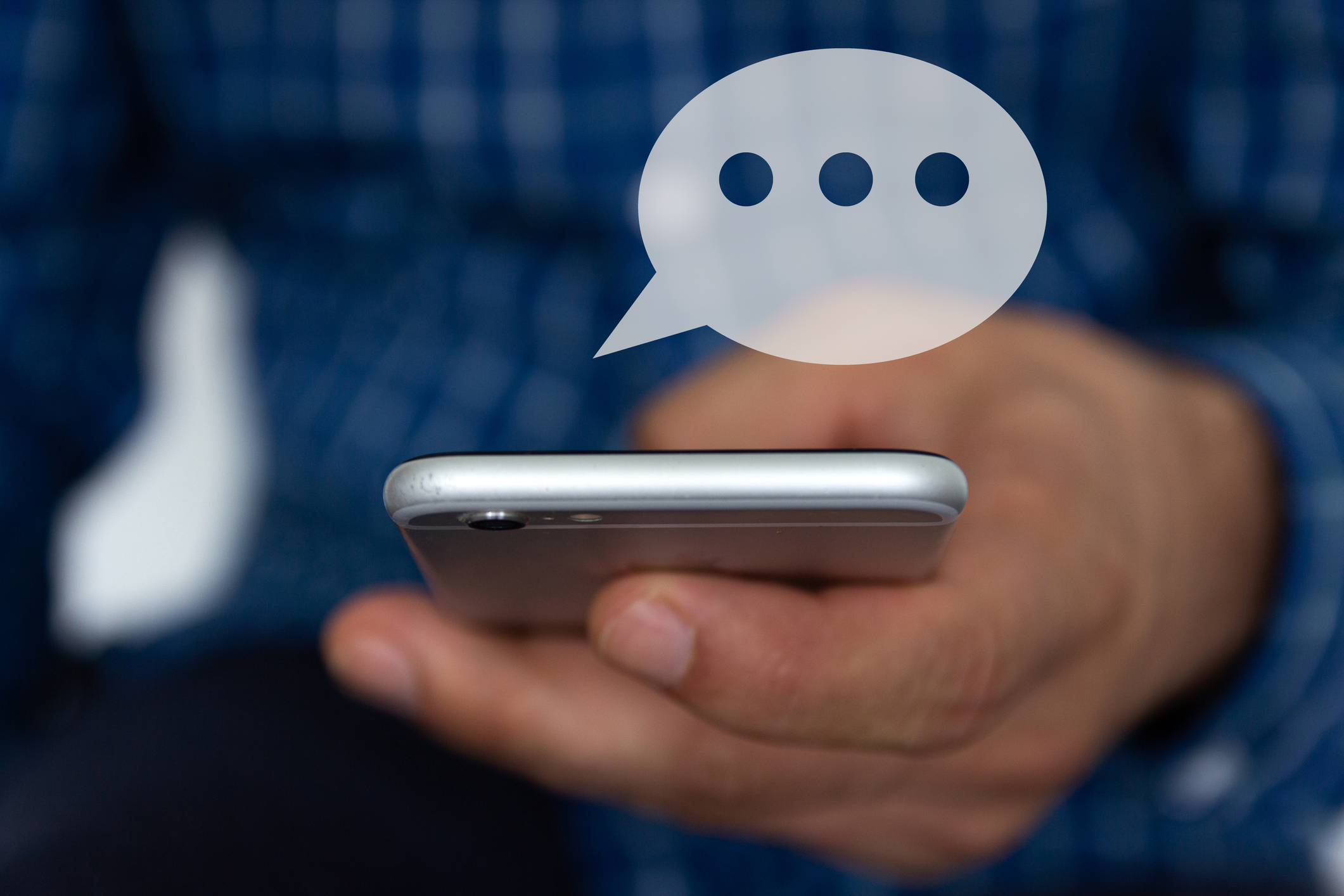