The game Star Wars: Squadrons has already become part of the Disney Star Wars canon and of the divisiveness that has recently torn through the fandom. RELATED: Star Wars: 10 Things That Make No Sense In Return Of The Jedi Love it or hate it, the game has burst onto the scene and made many early impressions. […]

The game Star Wars: Squadrons has already become part of the Disney Star Wars canon and of the divisiveness that has recently torn through the fandom.

RELATED: Star Wars: 10 Things That Make No Sense In Return Of The Jedi

Love it or hate it, the game has burst onto the scene and made many early impressions. As with everything Star Wars, there has been a lot about the actual storyline throughout the admittedly short single-player campaign that did not make any sense. There have also been many fan theories emerging online that actually make more sense than some established story points.

A driving point of the story is Captain Terisa Kerrill’s anger at Lindon Javes. Javes was her Captain in the Helix Squadron under the Empire. When sent to kill Alderaan refuges, he instead defected, eventually becoming a commander for the New Republic’s elite Vanguard Squadron.

Kerrill was second-in-command to Javes in the Empire, and when he defected, she was punished and demoted. This has driven her to a thirst for vengeance against him that seems to drive her beyond anything else. She goes after him not only because it is what is ordered, but on a personal level.

RELATED: Star Wars Squadrons: 10 Things Most Fans Didn’t Know They Could Do

Once he seemingly dies, she seems to lose her zeal. She leaves, and it’s never clarified if she ever realizes he is alive.

Wedge Antilles popping up in the game has led to a fan theory that Phantom Squadron could be coming to the Disney Star Wars canon. Fans are positing that there may be hope that Antilles’ rouge Phantom Squadron may pop up in future stories. Operating outside of the official New Republic structure, Antilles led his Phantom Squadron to help definitively defeat the Imperial forces on Kashyyk.

Though praised for their assistance, the New Republic shut it down to be taken seriously as a government. Reformed to help fight in the Galactic Civil War’s final skirmish, fans have wanted to see it in the bigger canon for a while, and hope reignited with this cameo.

As the leader of Titan Squadron, Varko Grey has seen plenty of fighting and death. He has survived and risen through the ranks of the Empire after joining them in desperation. Grey started as a police officer on the planet of Parkella. He grew despondent with the chaos around him and so turned to the Empire to help quell that chaos.

Multiple times throughout the game, when talking to Grey, the player will learn that he has grown disillusioned with the Imperialists’ views. His moral compass has always caused him to question the Empire, and he truly doesn’t agree with most of their views. He stays on only because he has seen too many people die for the cause.

This is a thin reason for a man who routinely expresses doubt and desires to be with his husband, Emory, to stay on. He could and should retire.

In Squadrons, the focus is on the pilots and not the Force – but this is the world of Star Wars, and therefore, there has to be at least an indication of the Force being in existence. Keo Venzee is that Force-sensitive character.

RELATED: Star Wars Squadrons: 10 Hidden Details About The Main Characters You May Have Missed

Keo Venzee is a Miralian, and it is a tradition on Miral for all to be trained to tune into the Force and know how to interpret it. However, though Venzee acknowledges it, they are quick to deny that they are a Jedi. Instead, they refer to it as more of an intuition. Fans disagree, thinking that the popular nonbinary character may turn into a proper Jedi in the future.

Shen is arguably the most popular character introduced in the game. Shen was a human that joined the Empire as a TIE pilot early on. He has a loyalty to the Empire that is unwavering – but questionable. He had a crash early in his career, and the Empire fused his body with cybernetics to keep him alive.

Each time he crashes, he becomes more robot than human. He is also sent into impossible situations that any other pilot would die from. Whether they saved him or not, it is crazy that he would remain so loyal to the Empire that experimented on him, turned him inter a cybernetic creation, and continues to use him with no regard for him.

Crait was an old outpost for the Rebels when they were still just a small revolutionaries group. Leia considered it a new headquarters for the Rebel Alliance, but after being pursued there while scouting it by the Empire’s SCAR Squad, she moved on.

Crait would be where Leia’s Resistance forces based out of when they went up against the First Order. Now a fan theory that there is proof in Squadrons that the Rebels always used Crait with the Colima Squadron – a top-secret squadron – continuously operating out of bases there.

RELATED: 10 Little-Known Details In Star Wars Squadrons You Might Have Completely Missed

This fan theory also says the Empire found out how Alderaan and Crait were connected and their importance to the Rebellion – which fans think could explain why the Empire was so determined to use the Destroyers powers on the (not so) peaceful and (definitely not) neutral planet.

In the final battle, it appears that Commander Lindon Javes goes down on his ship. Even Kerrill thinks so, finally relenting and leaving, thinking her vengeance was achieved. It turns out that Javes survived and helped to use The Starhawk weapon against the Galactic forces.

This makes no sense; Javes has gone down as a hero, fulfilling his goal of being there by saving people. He has fought a good fight and lived how he wanted. Having him secretly survive actually adds more questions to the overall plot than helping it.

Everyone knows a character is popular when they land on the same list on opposite sides of the coin. Maybe it’s a growing excitement of the upcoming season two of The Mandalorian, or maybe it is just because his character is so steady and stoic. Still, there is a growing fan theory that Shen may be a Mandalorian.

Some fans say that instead of being like Vader and needing his helmet to breathe, Shen may simply never take his helmet off because he is actually from Mandalore and therefore honors his roots by keeping his helmet on at all times.

Combined with his steadfast attitude, unwavering loyalty, and warrior spirit, this fan theory has many merits.

2 Storyline – Makes No Sense: The Starhawk

As a weapon, The Starhawk makes absolutely no real sense. Built from salvaged parts of Empire destroyers, the battleship is meant to give the Republic the means to go head-to-head with the Empire’s superior battleships. However, it only makes them vulnerable.

The Empire figures out what they are doing and comes with a full-on attack to destroy this weapon, and ultimately successfully do.

A surviving Javes activates a back-up tractor beam. Though the ship’s prototype is destroyed, by surviving and helping the forces of the New Republic retreat, the rebellion is reborn. The Starhawk was not needed for that point to be made and really detracted from much of the story.

One of the fastest and most logical fan theories that sprung up almost immediately cast Squadron’s Imperial Pilot Havina Vonreg as the mother of Baron Elrik Vonreg, a very popular character of the beloved animated series Star Wars: Resistance.

With the timing, Havina could easily be the mom to the young, talented First Order pilot. Add in the same surname and the shared flying ability, and this fan theory grew quickly and massively. It also helps that Havina Vonreg flies for Admiral Rae Sloane – a First Order founder in the game.


Next
The Boys: 10 Questions We Still Have After Season 2’s Finale

Heather Marlette is a freelance writer who is lucky enough to be able to combine many of her favorite things: writing, parenting, gaming, and sci-fi. She is a geek who knows it, accepts it and thinks it rocks. She believes SWAG (Star Wars Always Great), that Ironman and Black Widow are the best heroes ever and laughs with Big Bang, not at it. Heather’s deepest hope is that we discover the force is real someday, and that all the nonbelievers do not get lightsabers. She loves the Yankees, the 49ers, Broadway and tries to live how she wants and to be her true self all 525,600 minutes of the year.

Consumers can save money this holiday shopping season, even during a pandemic

Tue Oct 20 , 2020
Photo (c) iamnoonmai – Getty Images The 2020 holiday season will probably be the weirdest one most of us have ever had, thanks to COVID-19. For one thing, holiday in-store traffic is predicted to be 25 percent lower than last year.  The flip side of that is that more than […] 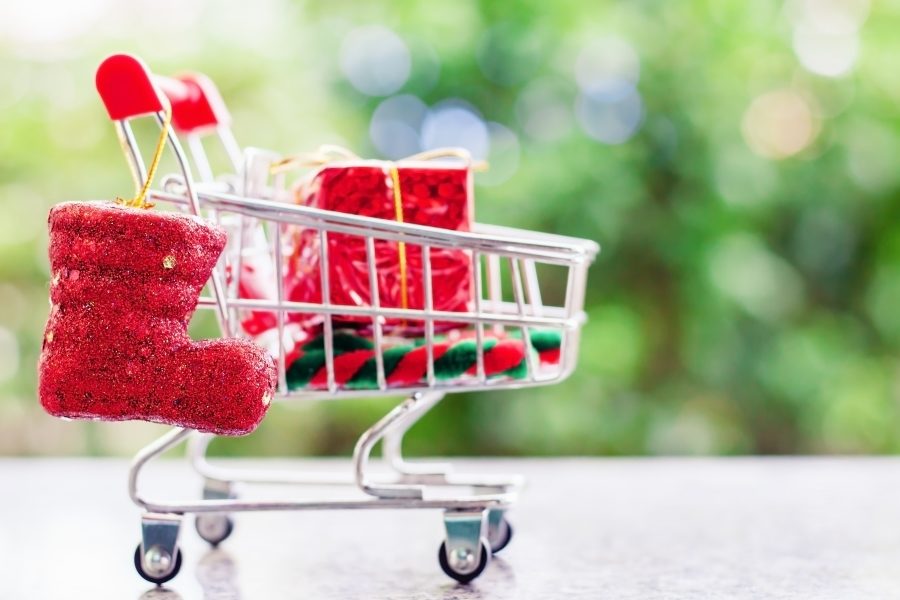