WASHINGTON — The presidential election is fast approaching, and a constellation of factors has caused experts to fear unprecedented levels of chaos and uncertainty over the result. Election officials are gearing up for an unprecedented surge of mail-in ballots due to the coronavirus. President Donald Trump is making false claims […]

WASHINGTON — The presidential election is fast approaching, and a constellation of factors has caused experts to fear unprecedented levels of chaos and uncertainty over the result.

Election officials are gearing up for an unprecedented surge of mail-in ballots due to the coronavirus. President Donald Trump is making false claims of fraud and stoking unsubstantiated fears of a “rigged election.” Critics accuse his administration of deliberately sabotaging the U.S. Postal Service to prevent ballots from being mailed on time, which the agency denies.

Vote early, by mail or in person

Most Americans live in states where they can vote early, by mail or in person. Experts suggest taking advantage of that option and not waiting until Election Day.

NBC News has a guide to which states allow mail-in and early voting.

All but six states allow their citizens to cast absentee or mail-in votes. In most cases, voters don’t need excuses; in other cases, concern over COVID-19 will suffice.

Voters should request their absentee ballots immediately and mail them in without delay to account for any potential holdups, said Matthew Weil, director of the elections project at the Bipartisan Policy Center.

“The recommendation at this point: Voters should be sending their ballot back no later than a week before Election Day,” Weil said.

Some states also have drop boxes for ballots, which experts say are a better option for voters who are submitting them less than a week before Election Day.

Experts say the most common reason absentee ballots are rejected is that they aren’t received by the deadline. Rules vary by state.

Some states, like Michigan and Pennsylvania, count only ballots that are received by Election Day. Other states say they’ll count ballots that arrive late if they’re postmarked on or before Election Day — in North Carolina and California, up to three days after.

The National Conference of State Legislatures, or NCSL, has a rundown of the receipt and postmark rules for mail ballots in each state. Calling the election board can also clear up doubts.

And follow the instructions very carefully: If it says sign the back of your envelope, do that.

“If it says use black or blue ink, don’t use green or red or markers. If it says fill in the oval, fill in the oval — don’t circle it or use a check mark,” said Amber McReynolds, CEO of the National Vote at Home Institute and a former director of elections for Denver. “These things can create issues.”

Don’t mess with your signature

States use different methods to verify absentee ballots. Some require attesting a signature from a witness or a notary, and some require a copy of a person’s identification.

But most states simply require absentee voters to sign affidavits under penalty of perjury that they’re in compliance with the law (violators can face punishments of fines and jail time). The signatures are typically compared with signatures on file for voters before the ballots are counted.

The NCSL has a guide to each state’s verification rules.

And experts are urging voters to keep their signatures close to those on their registrations or DMV forms.

“This is not the time to get creative on your signature,” Weil said.

Check your status. And your polling places.

Voter registration deadlines can be found here for each state. Experts say to double-check that you’re registered and to make sure your address on file is up to date.

“Even if you think you’re registered, just check it,” Weil said. “Most states have the option to check it online. Make sure your address is accurate, or that’s going to be a complication for voting by mail.”

Those voting in person may also want to double-check where their polling places are, because the pandemic may change them. Some states are setting up “super precincts” to allow for appropriate social distancing. Others are creating county-based vote centers.

“Make sure you know what polling place to go to,” McReynolds said.

Despite what Trump has suggested, experts say trying to vote twice is a bad idea.

First, it’s illegal to vote more than once. Second, it isn’t some sort of voter insurance method.

“It’s a bad idea. And it’s also not a fail-safe,” McReynolds said.

“Anybody who goes and attempts to do that is going to be turned over to the district attorney or potentially attorney general,” she said. “It is a crime to attempt to vote twice or to do it. Those penalties aren’t small. They’re felonies in most cases.”

Trump has nudged his supporters to show up to vote on Election Day in case their mail-in ballots haven’t been counted. But election officials won’t necessarily know the status of voters’ ballots on Election Day.

A better approach would be to “call election officials or look online to see if it’s been received,” which many states allow through tracking systems, McReynolds said.

And if voters see other misinformation on Facebook or elsewhere, they should notify the platform and election officials: “If you see something nefarious that doesn’t seem right, report it,” she said.

Why the state court system is experiencing a pandemic meltdown 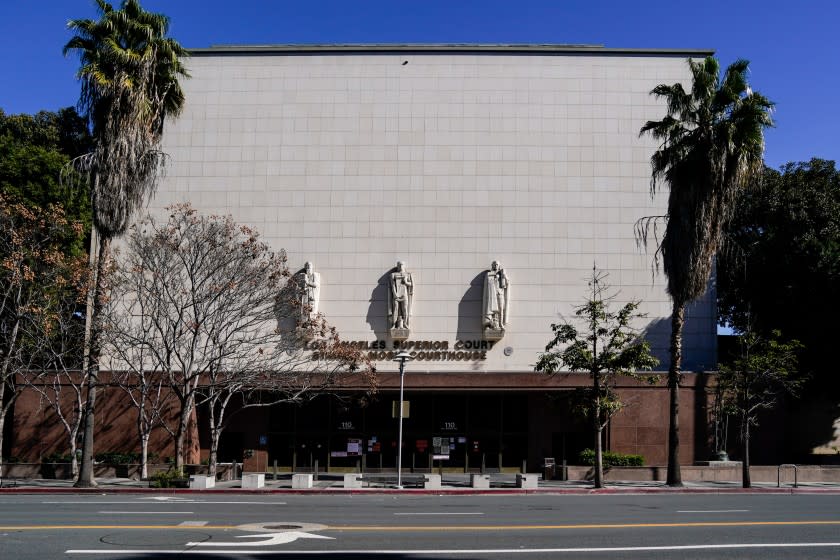