The Gulf Coast is looking down the barrel of another major storm Tuesday as Hurricane Sally churned north, threatening to bring heavy rain, howling winds and a dangerous storm surge from Louisiana to Florida. The hurricane comes less than three weeks after Hurricane Laura carved a wide path of destruction that left more than a third of Louisiana as a disaster zone. Sally has weakened slightly, as maximum sustained winds have decreased to near 90 mph, with higher gusts, according to an update from the Hurricane Center early Tuesday morning. But, the storm is expected to re-strengthen later Tuesday and become a dangerous hurricane when it moves onshore along the north-central Gulf coast. Sally’s center will move near the coast of southeastern Louisiana later today, and make landfall late Tuesday or early Wednesday morning, the Hurricane Center said.

Prefer to listen? Check out the 5 things podcast below and subscribe for free on Apple Podcasts:

Veteran Washington Post investigative reporter Bob Woodward’s new book about President Donald Trump, “Rage,” comes out Tuesday. Publisher Simon & Schuster says the upcoming book follows “Trump’s moves as he faces a global pandemic, economic disaster and racial unrest.”  Woodward writes that he spoke with the president at least 18 times on everything from his thoughts on world leaders like authoritarians Vladimir Putin and Kim Jong Un, his predecessor former President Barack Obama, U.S. allies and issues of race. Trump has “enshrined personal impulse as a governing principle of his presidency,” Woodward writes, according to a copy of “Rage” obtained by USA TODAY. The book’s most sensational revelation – that Trump publicly played down the threat of COVID-19, even though he told Woodward as early as February how dangerous it was – has also led to criticism that Woodward sat on the information for too long.

Apple will unveil new versions of its older products Tuesday and potentially show off some new ones as well. One big difference: This will be the first Apple product reveal in the iPhone era that won’t be done before an adoring audience. Instead, the event will feature pre-recorded demos, over a two-hour time frame. The company is expected to introduce updated iPads and Apple Watch editions, possibly AirPod over-the-ear headphones and Apple’s take on the Tile Bluetooth key finder. Missing will the new iPhone models, which has been delayed for an October release. The Apple event begins at 10 a.m. PT and will be streamed on Apple’s website, YouTube channel and on the Apple app for Apple TV.

Walmart’s new membership program launches Tuesday for all shoppers $98 a year, or $12.95 per month. The program, Walmart+, includes unlimited free delivery from stores (on orders $35 or more), fuel discounts and a Scan & Go feature for in-store shopping. The program is considered competition for Amazon, which set the standard for grocery delivery with Prime Now in 2014. Americans have increasingly turned to online shopping since the start of the coronavirus pandemic, with digital sales growing 97% at Walmart and 195% at Target in the second quarter.

Nuggets try to complete another comeback vs. the Clippers  in Game 7

The NBA will feature another Game 7 Tuesday night as the Denver Nuggets will attempt to become the first team in NBA history to successfully erase a pair of 3-1 series deficits in the same season when they face the Los Angeles Clippers in the win-or-go-home Western Conference Semifinals match-up (9 p.m. ET, ESPN). The Clippers were the offseason champions in the summer of 2019, building a deep team, signing Kawhi Leonard and acquiring Paul George in a trade with the Oklahoma City Thunder. But it was the Nuggets, led by star center Nikola Jokic, who completed second-half comebacks of at least 16 points in Games 5 and 6. The Clippers have never been to the conference finals; they’ve had seven chances to get there in their franchise history, going 0-7 in those games. In the first game Tuesday evening, the Miami Heat take on the Boston Celtics in Game 1 of the Eastern Conference finals.

This article originally appeared on USA TODAY: Sally moves to Gulf, Woodward’s book is out: 5 things to know Tuesday

Tue Sep 15 , 2020
Here’s a big tip on how to run a successful sports franchise from one born and bred New Yorker to another. “It’s not very complicated to be a team owner,” Home Depot co-founder and long-time Atlanta Falcons owner Arthur Blank told Yahoo Finance’s The First Trade. When asked what advice […] 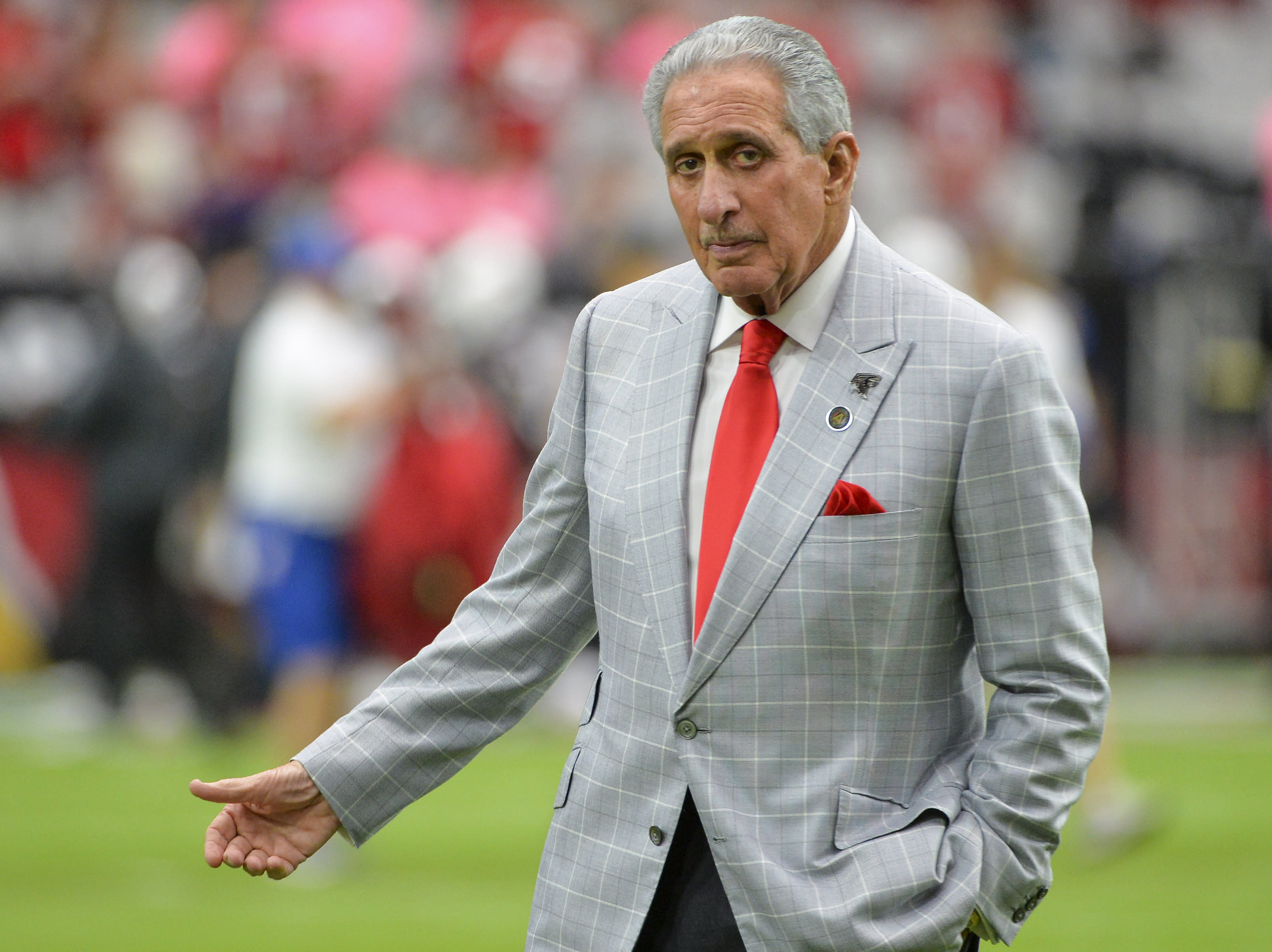