More than 50 years after the Rev. Martin Luther King Jr. called for a Poor People’s March on Washington to demand economic justice, two pastors are attempting to revive King’s efforts for a new era ― using the technology available today to highlight the injustices currently plaguing the most vulnerable […]

More than 50 years after the Rev. Martin Luther King Jr. called for a Poor People’s March on Washington to demand economic justice, two pastors are attempting to revive King’s efforts for a new era ― using the technology available today to highlight the injustices currently plaguing the most vulnerable Americans.

Rev. William Barber II and Rev. Liz Theoharis are leading “The Mass Poor People’s Assembly and Moral March on Washington” on Saturday. The assembly seeks to challenge what the pastors call the “interlocking evils” of systemic racism, wealth inequality, ecological devastation, militarism and religious nationalism ― all of which they believe have the heaviest toll on poor people.

The event was initially supposed to gather people in person in the nation’s capital, but it was moved online in recent months, in light of the COVID-19 pandemic. It will feature testimonies from people typically relegated to the margins of society ― service workers from the Midwest who have worked during the coronavirus pandemic without personal protective equipment, residents of Louisiana’s “Cancer Alley” fighting corporate polluters, an Apache elder trying to stop the government from destroying his sacred site in Arizona, and families devastated by police brutality.

Theoharis told HuffPost that the movement’s demands are “radical, bold and visionary” because she believes that’s “exactly what the nation needs.” She pointed to how the government could afford to give coronavirus bailouts to corporations while millions of Americans still don’t have health insurance and while stimulus checks aren’t reaching people who are too poor to file taxes, the homeless and undocumented immigrants.

“Right now, people are very aware that the institutions that are supposed to be there to serve are failing people and are making people fend for themselves,” she said. “It’s not that we have a scarcity of resources, it’s not that things have to be the way that they are. It’s that there’s a scarcity right now of political will.”

“So what do you do in the face of that? You build power among the people that are most impacted to be able to change that will and make the power structures prioritize people, to lift from the bottom, which raises everybody up,” she added.

Organizers of Saturday’s online assembly have deliberately modeled it after King’s 1968 Poor People’s Campaign ― echoing not just his title but also his goals.

King is remembered across the political spectrum for the pivotal role he played in securing civil rights for Black Americans. The leader’s more controversial positions ― on redistributing wealth, calling out the failures of capitalism, ending war ― don’t get as much attention.  Nevertheless, in the final months of his life, King was actively promoting his belief that racial and economic justice are intricately tied.

In the fall of 1967, King and fellow activists started planning for a Poor People’s Campaign and march on Washington to challenge elected officials to address the economic inequalities faced by poor Americans. King’s vision for the march was for poor protesters from all backgrounds to join forces in demanding an “economic bill of rights” that would direct government funds toward full employment, a guaranteed annual income, more low-income housing and other anti-poverty programs.

His goal for the demonstration was to “dramatize the gulf between promise and fulfillment, to call attention to the gap between the dream and the realities, to make the invisible visible.”

King was assassinated before he could see that march come to fruition. The Poor People’s Campaign continued under the leadership of another civil rights leader, the Rev. Ralph Abernathy. Thousands of protesters occupied the National Mall for 42 days during May and June of 1968, using a temporary encampment called “Resurrection City” as a base from which to petition various government agencies. The campaign culminated on June 19 with more than 50,000 people marching for economic justice.

There have been other civil rights marches on Washington since 1968, but Saturday’s event is unique in its attempt to expand and adapt King’s goals to current crises ― and to build an even broader coalition.

Theoharis said that the modern Poor People’s Campaign has spent two years building momentum through state and local organizers. The goals of the movement now include highlighting the injustices faced by Muslims, undocumented immigrants, LGBTQ people and disabled Americans. The organizers are also calling out Christians for focusing on issues like prayer in school, abortion rights and gun rights while ignoring poverty, health care and other crises facing poor Americans.

The initiative has found support among a broad range of religious leaders and faith-based advocacy groups ― evangelicals, Episcopalians, Roman Catholics, Methodists, Jews, Muslims, Hindus, Unitarian-Universalists. Activists who were part of the original Poor People’s Campaign will be participating in Saturday’s event, Theoharis said. Celebrities including Wanda Sykes and Jane Fonda and former Vice President Al Gore have signed up to introduce speakers at the rally, who will then testify about their personal experiences with poverty.

Organizers are “fully recognizing that we are in a different moment than in 1968,” Theoharis said. Wealth inequality has increased, the pandemic has exposed issues around public health and America is grappling with the prevalence of police violence, she said.

“We’re not just commemorating or building what [Dr. King] was calling for back then,” she said. “We would have to build a poor people’s campaign today even if he had never.”

This article originally appeared on HuffPost.

Climate change 'as urgent' as coronavirus

Sat Jun 20 , 2020
Greta Thunberg says the world needs to learn the lessons of coronavirus and treat climate change with similar urgency. That means the world acting “with necessary force”, the Swedish climate activist says in an exclusive interview with BBC News. She doesn’t think any “green recovery plan” will solve the crisis […] 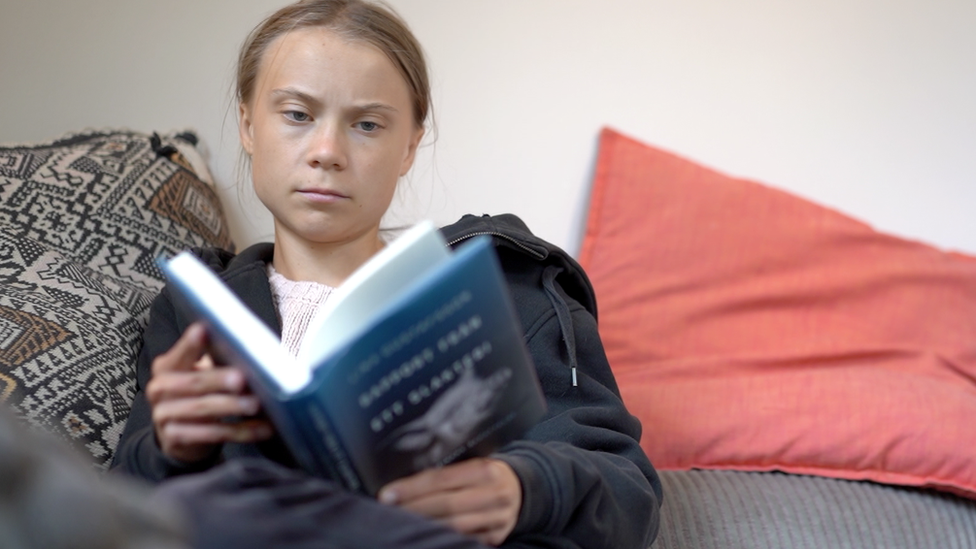