The concept of virtual restaurants—restaurants with kitchens but without dining rooms, which exist solely as online delivery options—isn’t a new one. The idea dates back as far as 2013, but it certainly hasn’t been as widespread and popular until this year, when restaurants are using it as a way out […]

The concept of virtual restaurants—restaurants with kitchens but without dining rooms, which exist solely as online delivery options—isn’t a new one. The idea dates back as far as 2013, but it certainly hasn’t been as widespread and popular until this year, when restaurants are using it as a way out of pandemic-related financial troubles.

By some estimates, about 100,000 of these types of restaurants are currently in operation, with more being launched every day. Some of these digital brands, which usually exists solely on third-party delivery apps like Uber Eats and DoorDash, are either either tacked onto other existing kitchens of well-established restaurants, or make use of the growing trend of ghost kitchens—a kind of kitchen hub that may house operations for several different restaurant brands.

So next time you get wings or pizza from your favorite delivery app, you may be ordering food from a well-known restaurant chain without even realizing the digital brand is operated by them, and the food is made in their kitchen (and often using their ingredients, too.)

While a lot of these virtual brands seem to operate hyper-locally, we’ve pulled some of the biggest names in the virtual restaurant world with a wide array of locations.

And for more, don’t miss these 15 Classic American Desserts That Deserve a Comeback.

Maybe the loudest “outing” of a virtual brand operated by a known restaurant chain came when customers of Pasqually’s learned they were basically ordering pizza from Chuck E. Cheese. The brand launched on GrubHub in March and later expanded to Uber Eats and Doordash, and they are currently operating from all Chuck E. Cheese locations. However, the company has said they are trying to appeal to a more grown-up palate with Pasqually’s menu, and the pizzas are different than the ones you’d get at the kid-friendly chain. “Pasqually’s pizza has more sauce. There’s more robust flavor in the bite. It has a combination of cheddar and mozzarella cheese to punch up the flavor,” said Chuck E. Cheese Entertainment CMO Sherri Landry.

RELATED: Sign up for our newsletter to get daily restaurant news in your inbox!

Another virtual restaurant using the kitchen of its bigger name siblings is It’s Just Wings. You can now order craveable wings and deep-fried Oreos from this brand on Doordash, which are coming to you from more than 1,000 Chili’s and Maggiano’s kitchens.

Casual dining chain Smokey Bones has created a burger-only virtual brand, prompted by a high demand for burger delivery during the pandemic. The brand shares some menu items with Smokey Bones, but also serves some never-before-seen originals, like the Big Kahuna Burger with Hawaiian BBQ pork, pepper jack cheese, and grilled pineapple. They deliver in Chicago, New York, and Miami via Uber Eats. The company has also launched a similar concept in the wing arena with The Wing Concept.

Rapper Wiz Khalifa’s first foray into the restaurant business is a virtual brand where stoner food meets Southern comfort. HotBox, which launches in October, will be serving things like Mac&Yellow, a mac and cheese named after his famous song, and Blazed Ends, which are burnt brisket ends smothered in BBQ sauce. It’ll be available in Pittsburgh, Los Angeles, San Diego, Chicago, Denver, D.C, Indianapolis, Houston, and New York City.

Mega-popular sushi restaurant Katsuya has turned one of its signature items—spicy tuna bites served atop a cube of crispy rice—into an entirely new virtual restaurant. The brand also offers fresh sushi, and appeals to a younger generation with health-forward substitutions, like using monk fruit instead of sugar. It’s currently available in Los Angeles, San Francisco, and Orange County, California, as well as Chicago, with imminent plans to expand to New York City and Miami.

Applebee’s launched Neighborhood Wings by Applebee’s in the spring, and this concept is available for order via GrubHub. Since wings are one of the most popular delivery items during the pandemic, the dine-in chain wanted to capitalize on the fact that they already make a pretty killer version. Unlike Pasqually’s, which seems to be more secretive about its affiliation with Chuck E. Cheese, Neighborhood Wings mentions their parent company right in the name, so there’s no chance for confusion.

This better-for-you pizza brand is another virtual restaurant that sprung up on all major delivery apps in Los Angeles, Chicago, San Francisco, and soon in Columbus, Ohio. Operated by Hello Salted and using ghost kitchen facilities, Cauliflower Pizza is indulgence without the guilt, according to the brand. All their 14-inch pizzas are made with a gluten-free crust and the rest of the menu skews lean or vegan as well (hello, Vegan Buffalo Wings).

And for more, check out these 108 most popular sodas ranked by how toxic they are.

Can I get a personal loan if I have student loans?

Tue Sep 29 , 2020
article When you have student loans, getting a personal loan can be tricky. Lenders may see you as a risk. But there are ways to improve your chances of qualifying. (iStock) If you’re a student loan borrower, it likely that you have significant student debt — even with the forbearance options currently available.  […] 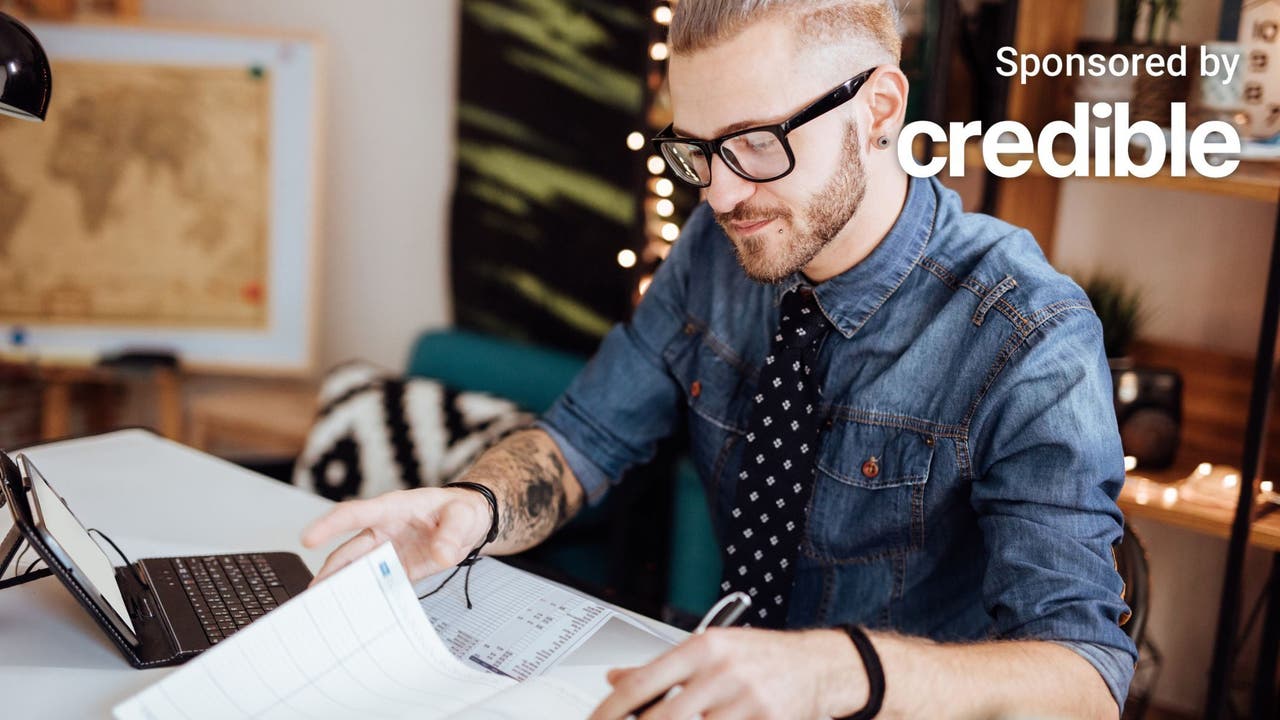