If, like many of us, you’ve taken to the internet to find a way to work out during the pandemic, the number of options and programs available can be overwhelming. And without a prior background in fitness, it can seem impossible to know which one to choose, or tell if a workout is worth your time.

The good news is you’re likely to see some benefits from doing just about any online workout, and there’s very little risk involved, according to Alex Koch, professor of exercise science at Lenoir-Rhyne University.

Koch added that for more experienced athletes or beginners looking to build strength and muscle more effectively, sticking to evidence-based exercise programs will give you the most value for your sweat.

If you’re new to exercise, any amount of activity can be beneficial

For people who are just starting out with exercise, Koch said nearly any program that gets you moving can be a good starting point, and there’s a relatively low risk of injuring yourself if you stick to body weight or light weight exercises.

“It’s infinitely more effective than doing nothing. Most exercise is going to be safe and you’ll see some benefits,” he said.

Even a shorter workout, between 10 and 20 minutes, can be effective.

Many beginners’ workouts will cycle through a timed amount of a lot of different movements without repeating. This kind of circuit can be a good option if you’re short on time.

“Not having time to exercise is the number one barrier for exercise. Circuit training is fine for that, with metabolic and some strength benefits, and it gets you in and out fairly quickly,” Koch said.

The bottom line is, if you enjoy an exercise routine and can stick to it, there’s no reason to overthink your workout program as a beginner.

That said, it’s still best to try to find a qualified instructor, even if the program is free, since you’ll be more likely to get a good workout and avoid pitfalls like plateaus or repetitive use injuries.

Koch recommends looking for credentials, whether that’s through a university program or qualified personal training certification.

And just because someone has abs, doesn’t mean they’ll be able to teach you how to get them, he added.

“If you go by appearance, that’s a mistake. You can have a great physique that’s mostly genetics,” Koch said.

In fact, it can be a red flag when exercise programs focus exclusively on weight loss or fat-burning, or on specific promises such as six-pack abs in a set time period.

That’s because science shows that exercise has relatively little to do with losing significant body fat, which is primarily a result of changing your eating habits.

In particular, steer clear of programs that claim to spot reduce fat, or burn fat on particular areas of the body such as the midsection or legs.

“There’s so much research that you can’t do that. If they suggest it, be skeptical,” Koch said.

To maximize strength and muscle gains, it’s best to vary your training

A problem with many free workouts, though, is that they involve doing similar routines every day. That can make for a convenient exercise session, but it can compromise your fitness gains over time.

“If you’re a non-exerciser, it’s a fine place to start, but you’re going to plateau quickly. After a month of the same workout, you’ll be about as fit as you’re going to get,” Koch said.

At that point, you’ll want to change things up if you want to gain strength and muscle mass (and even if your goal is weight loss, building muscle can help by raising your base metabolism, burning more calories).

To do that, adding variation in intensity is key.

You’ll want to work different muscle groups on different days (what’s known as an exercise “split”) to avoid overtraining any one type of movement. To use one simple example, you might opt to work leg muscles like your quads, hamstrings, and glutes on Monday and Wednesday, and train upper body muscles like your chest, shoulders, and back on Tuesday and Thursday.

In each of these more focused workouts, it’s best to concentrate on a few targeted exercises, and repeat them in a single workout to get the most out of your muscles, according to Koch.

“If you want to see the most benefits in building strength and muscle, evidence suggests doing multiple sets, with more rest between sets, is better,” he said.

Finally, one of the best ways to evaluate a workout’s effectiveness is to track your progress over time. Koch suggests objective measurements, such as how many reps or sets you can complete, or how much weight you can use.

But subjective measures are also important, including how you feel during and after a workout.

“Even if you’re not doing maximum effort all the time, if you can do the same thing and it feels easier, that’s progress,” Koch said.

How to substitute barbells, pulley systems, and treadmills with at-home exercises, according to personal trainers

Sweating a lot during a workout may mean you’re more fit, according to a sweat scientist

Fri Aug 21 , 2020
Taylor Swift donates $30,000 to help student afford university If you’ve listened to her new album folklore, you’ll already be more than aware of Taylor Swift’s ability to brighten up everybody’s day in dark times. But recently she took things to a whole new level. On Thursday, the pop star […] 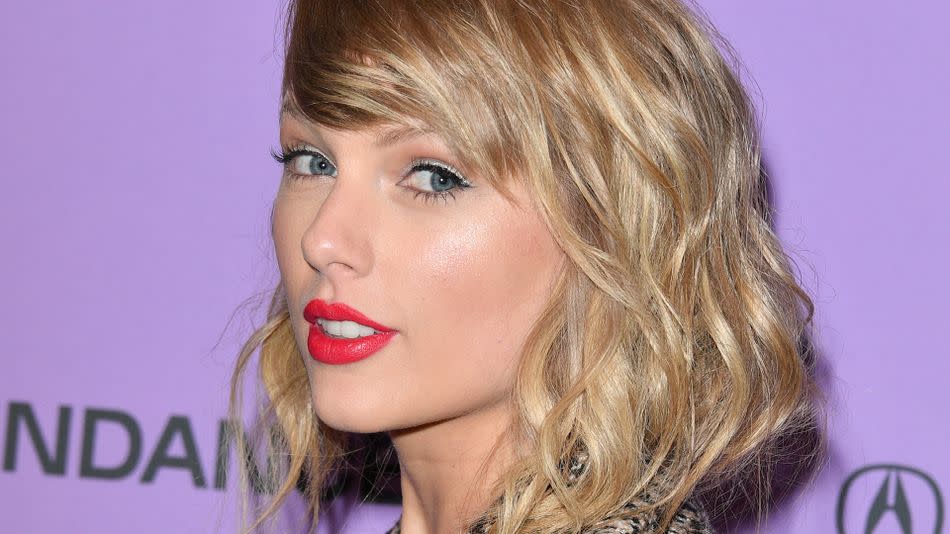