Lending disparities are holding Black homebuyers back from homeownership, a new study shows.  In 50 U.S. metros, Black homebuyers receive higher interest rates than buyers on average, according to a new study by LendingTree, a Charlotte, N.C.-based online lending marketplace. “Unfortunately, the results of the study weren’t a surprise at […]

Lending disparities are holding Black homebuyers back from homeownership, a new study shows.

In 50 U.S. metros, Black homebuyers receive higher interest rates than buyers on average, according to a new study by LendingTree, a Charlotte, N.C.-based online lending marketplace.

“Unfortunately, the results of the study weren’t a surprise at all. This is just a manifestation of decades of discrimination and lack of access [to capital] for many Americans,” said Tendayi Kapfidze, chief economist at LendingTree.

On average, 15.87% of Black homebuyers received higher-than-average interest rates, compared to only 6.88% of buyers in the top 50 U.S. metros — almost a 9 percentage point spread, according to the study.

“I suspect the Midwest is worse because of how few lenders are present and how little competition is there,” said Kapfidze.

Experts say that direct discrimination by lenders is one reason why Blacks receive higher interest rates in the U.S. Online lenders, which do not use racial data when calculating interest rates, offer more favorable mortgage rates for minorities than in-person lenders on average, reducing discrimination by some 40%, according to the National Bureau of Economic Research, a Massachusetts-based research nonprofit.

“I don’t think that they [traditional lenders] can” be more inclusive in their mortgage lending without revamping lending operations, said Vishal Garg, founder of Better.com, an online mortgage lender. “It is a generational and operational challenge for banks in this country.”

But part of the problem is Blacks have lower credit scores and incomes on average than whites, a result of decades of discrimination. For instance, homeowners in formerly redlined areas (a now-outlawed practice of categorically denying mortgages to certain neighborhoods because of their demographic makeup) still make about $212,023 less on their home investment than those in formerly greenlined areas, according to a study by Redfin, a Seattle-based real estate brokerage and online listing company.

Higher mortgage rates is just one factor contributing to low homeownership among Blacks in the U.S. Only 44% of Blacks owned a home in the first quarter of 2020, compared to 73.7% for non-Hispanic whites, according to ComplianceTech, a Virginia-based analytics company.

‘An administrative trainwreck’: Documents show chaos over whether Dreamers qualify for FHA loans

Redlining has a lingering effect on black homeowners: Redfin study

Facebook comes under fire for housing discrimination and redlining

Fri Sep 11 , 2020
How a group of clinic volunteers use TikTok to battle anti-abortion protesters Sometimes you need to fight fire with fire — or fire with “WAP” lyrics. A group of abortion clinic escorts and defenders have developed a devoted fanbase on TikTok after going viral for their unconventional methods of opposing […] 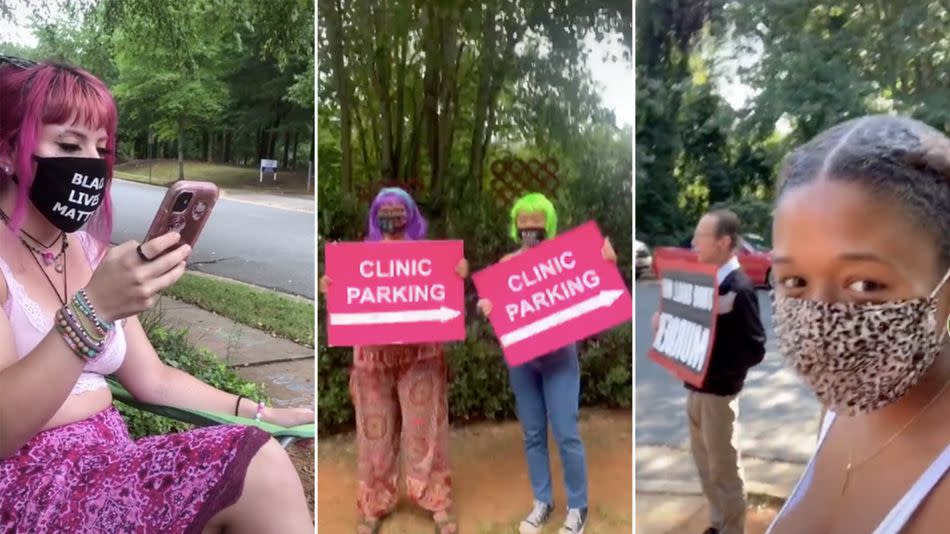