The domain name registry space is considered one of the safest industries within the technology sector as it has a very strong cushion against most forms of industry slowdowns and economic downturns. VeriSign, Inc. (NASDAQ:VRSN), which has a market-leading position within this space, is thus a very stable investment, in […]

The domain name registry space is considered one of the safest industries within the technology sector as it has a very strong cushion against most forms of industry slowdowns and economic downturns.

VeriSign, Inc. (NASDAQ:VRSN), which has a market-leading position within this space, is thus a very stable investment, in my opinion. The company is a solid cash cow business witnessing decent single-digit growth, even in the tough business environment caused by the pandemic. Its recent investments in intellectual property associated with blockchain could prove to be a real game-changer.

VeriSign is a Virginia-based company that deals in domain name registry services and Internet security services. It employs close to 892 people and has its headquarters in Reston, Virginia. The company looks to provide a strong online infrastructure to its clients to enable easy internet navigation for various globally recognized domain names.

Its core functions include ensuring the security, stability and resilience of internet infrastructure and services, including the .com and .net domains and operation of the root-zone maintainer functions for the core of the internet’s Domain Name System (DNS). VeriSign also provides infrastructure assurance services consisting of Distributed Denial of Services (DDoS) Protection Services to support online business continuity by providing monitoring and mitigation services against DDoS attacks. It also provides .com and .net domain-related hosting and is supporting the global e-commerce industry. The company deals in root zone maintainer services, operating two of the 13 Internet root servers.

VeriSign reported solid second-quarter earnings on July 23, beating analyst estimates on the revenue front as well as the earnings front. Revenue of $314.37 million was a 2.6% improvement compared to the corresponding quarter in 2019, well above the analyst consensus estimate of $312.65 million. The management attributed growth in the top-line and cash flows to the lockdown caused by the Covid-19 pandemic, which gave rise to an increased dependence on a stronger and more reliable internet infrastructure.

As we can see in the chart above, there has been a consistently increasing demand for the .com and .net domains on a quarter over quarter basis. On the earnings front, the company reported a net income of $152 million resulting in earnings per share (EPS) of $1.36, which was above the analyst consensus estimate of $1.32 per share.

The revenue has been consistently rising, partially backed by the company’s agreement with the U.S. Government allowing a 7% price hike in the last four of every six years since 2018. This implies that the revenue jump hasn’t only been about the volumes of domain registrations increasing. The rising revenues led to increased cash flow from operating activities of $215 million, way above the $165 million generated in Q2 in 2019.

The management used the cash to continue its share buybacks, repurchasing an additional 700,000 shares of its common stock for an aggregate cost of $150 million during the quarter. It still has $676 million remaining in terms of future share repurchases under the standing share repurchase program, which has no expiration date.

Blockchain technology is one of the fastest-growing technologies in the world today and has entered many spheres of day-to-day life, including the domain name industry. For example, have been many companies that help provide .crypto domains to crypto players.

According to VeriSign, with this technology, the registry allows users to transform traditional domains into a blockchain user address and communicate with other participants on the network where domains indicate a blockchain presence. It appears to be a much more human-friendly way to interact with blockchain participants by using domain names as addresses instead of numbers. The company looks to potentially build a system that uses a public ledger on a blockchain to store digital certificates, public keys, or other authenticating objects.

The use of a blockchain alsp acts as a strong security measure, confirming the authenticity of the objects stored on the ledger and safeguarding them from hacking or malicious attacks. This new intellectual property is definitely a strong catalyst for the future growth of the company’s security business.

The renewal rate for Q1 2020 was reported at 75.4%, slightly above the 75% renewal rate reported in Q1 2019. I think the high renewals, coupled with the consistent growth in domain registrations and the new focus on blockchain, make the stock a very safe long-term bet for investors with a low-risk appetite.

Not a Premium Member of GuruFocus? Sign up for a free 7-day trial here.

This article first appeared on GuruFocus. 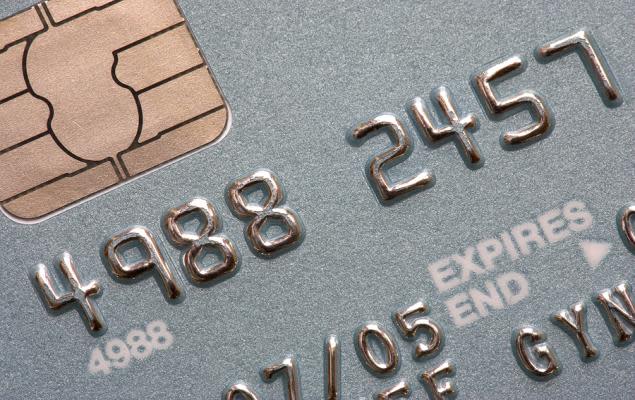