Carlo Acutis, a 15-year-old Italian boy who died in 2006 and is set to be beatified in October 2020. (Acutis family) The good news for anyone praying for a little less online vitriol or a much faster internet connection is that the Vatican is on the case. Showing that it […]

The good news for anyone praying for a little less online vitriol or a much faster internet connection is that the Vatican is on the case.

Showing that it has one foot in the 21st century, the ancient institution is backing a 15-year-old computer whiz to become the first patron saint of the internet.

Carlo Acutis, an Italian schoolboy who helped spread Roman Catholic teaching online before he died of leukemia in 2006, is the perfect candidate to become the protector of web surfers, said Cardinal Angelo Becciu, the head of the Vatican’s saint-making department.

“That’s my hope — he would be an ideal example for all young people,” said Becciu, whose official title is head of the Congregation for the Causes of Saints.

Carlo became deeply religious during his middle-class childhood in Milan and would donate his pocket money to the city’s poor residents.

Crucially, he used his prodigious coding talent to set up websites for priests. At the age of 10, he began to create an online exhibit about religious miracles, which has gained huge popularity since his death.

Hundreds of parishes around the world have printed off material from the site to create real-life exhibits of their own.

Last year, Pope Francis paid tribute to the teenager, declaring that his use of the internet to “communicate values and beauty” was the perfect antidote to the dangers of social media. In a document he wrote after a synod on youth, Francis quoted a phrase coined by Carlo warning other youngsters not to lose their individuality on the internet: “Everyone is born an original, but many die like photocopies.”

After citing the phrase, Francis added, “Don’t let this happen.”

As Carlo’s fame has spread, Catholics have started to pray to him, and in February, the pope attributed a miracle to the teen, triggering his beatification, the first step toward being made a saint. The beatification ceremony will be held Oct. 10 in the central Italian city of Assisi (of St. Francis fame).

The miracle in 2013 involved the rapid and inexplicable healing of a 6-year-old Brazilian boy suffering from a serious congenital deformation of the pancreas. A priest prayed to Carlo on the child’s behalf.

“The boy was vomiting and risked dying. Then, on the third day of prayers, he started eating,” said Antonia Salzano, Carlo’s mother, who works in publishing. His father works in the insurance business.

“We get news of miracles attributed to Carlo all the time,” said Salzano, 53. “One woman was cured of her cancer after attending his funeral, and I heard of two more a few days ago.”

She added that she could not fathom how Carlo’s fame had spread since his death. “It’s a mystery. I sense the finger of God,” she said. “Losing your son is the most terrible thing, but we are happy he is helping people discover their faith.”

Salzano recalled that Carlo had only “a very basic computer” but that he would study college textbooks to learn how to program and “saw the internet as a way to spread the faith.”

This month, Becciu told Vatican News that, when he was close to death, Carlo had said: “I want to offer all my suffering for the Lord, for the pope and for the church. I don’t want to do purgatory; I want to go straight to heaven.”

The cardinal added: “He said that at 15! A little boy who talks like that strikes us, and I think it encourages everyone not to joke with our faith, but to take it seriously.”

To make it easier to pray at his tomb, the Vatican ordered Carlo’s body to be exhumed last year and reburied at the Shrine of Renunciation at the Church of St. Mary Major in Assisi.

Further miracles attributed to prayers to Carlo will be studied by the Vatican. If it certifies a second miracle after Carlo’s beatification in October, the youth can be made a saint.

If that happens, Carlo would be a strong candidate to become patron saint of the internet, Becciu said, but

Declaring a patron saint for web surfers — actual surfers already have a protector out on the waves, St. Christopher — would be in keeping with the Vatican’s push to promote an online presence. The pope’s digital outreach efforts include his popular Twitter accounts, which boast more than 50 million followers, including 900,000 of his feed in Latin.

Catholic priests around the world turned to Zoom during coronavirus lockdowns to hold online services when churches were closed.

Francis has described the internet as a “gift from God” but has also warned that hours spent alone online “can have the effect of isolating us from our neighbors, from those closest to us.” In 2016, he said nuns should be allowed to surf the internet in their convents but should not let online time become “occasions for wasting

time or escaping from the demands of fraternal life in community.”

If he declares Carlo the patron saint of the internet, Francis will probably cast the boy as a figure who can steer users away from loneliness and turn their surfing into a social, life-affirming experience.

In recent years, some reports have contended that the Catholic Church already has a patron saint of all things digital: Isidore, the 6th century bishop of Seville who created a 20-volume encyclopedia in a bid to put all knowledge in one place — a precursor of Google.

Press reports have said that Pope John Paul II declared him the saint of the web.

But Becciu said he could find no official record of Isidore being assigned the role by the Vatican. “There is nothing about that in the archives,” he said.

Salzano said her late son was ready to take on the responsibility, though it would be a heavy one.

“He will have to see all the ugly things on the internet. It will be a tough job, but a great way to spread faith,” she said. “I hope he can bring out the beautiful side of the net and fight the dark side.”

Police unions donate heavily to Sacramento politicians. Are our leaders ‘rolling over’?

Sun Jun 28 , 2020
Flojaune Cofer sat at the front of an empty Sacramento City Council chamber earlier this month. She was disgusted. The City Council had passed a budget weeks earlier that included $157 million for the Sacramento Police Department – an all-time high, despite officials calling it a “status quo” pandemic spending […] 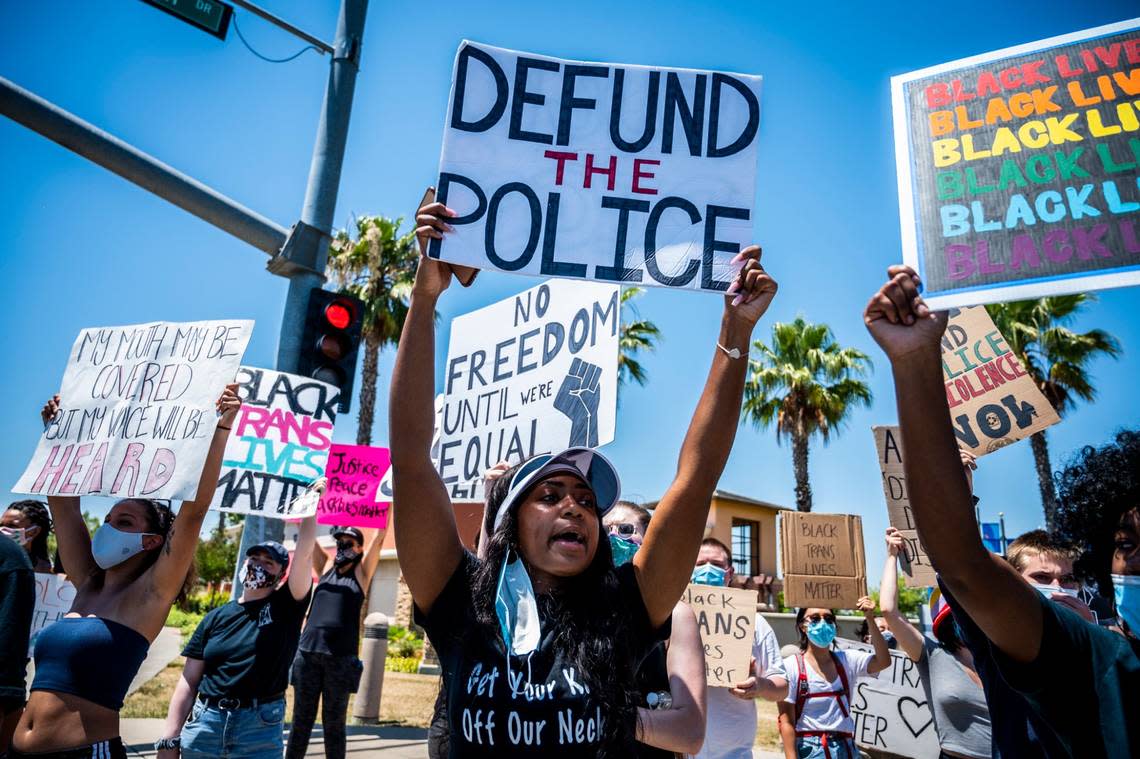