With so many companies pulling guidance due to the Covid-19 pandemic, investors are left without highly important information to use in analyzing the value of a stock, including earnings per share estimates. While analysts can help fill in the gaps, it might be a fool’s errand to rely on these […]

With so many companies pulling guidance due to the Covid-19 pandemic, investors are left without highly important information to use in analyzing the value of a stock, including earnings per share estimates. While analysts can help fill in the gaps, it might be a fool’s errand to rely on these estimates with so much uncertainty.

I often find it helpful to compare the current dividend yield against the stock’s historical average yield in these cases. Using this method allows me to see what a stock would be worth if it reverted to its medium and long-term average yields.

Usually, stocks trading in excess of the average yield have some issue in the business that has caused the share price to decline. Declining fundamentals can be a red flag as an investor, but if the business has some areas that are growing, then the stock can be an attractive investment over the long-term. This is especially true if some issue beyond the company is impacting results. Companies with solid growth prospects trading at an above normal dividend yield could mean the opportunity for outsized total returns.

One company that appears to fit this description, in my opinion, is Hasbro Inc. (NASDAQ:HAS).

Hasbro is one of the largest producers of toys and leisure products found anywhere in the world. The company has five business segments that it produces products for: Franchise Brands (which includes Transformers, Nerf, My Little Pony and Play-Doh), Partner Brands (which includes Marvel, Star Wars and Disney), Hasbro Gaming (which includes classic board games like Dungeons & Dragons and Connect 4), Emerging Brands (like Power Rangers) and TV/Film/Entertainment. Roughly half of annual income comes from the U.S. and Canada, with the remaining coming from international markets and entertainment and licensing. Hasbro has a market capitalization of $9.7 billion as of the writing of this article. Shares are down 33% year-to-date.

Hasbro reported first quarter earnings results on April 29. Revenue grew 51% to $1.1 billion compared to the prior-year quarter, though this was $23 million below what Wall Street analysts had expected. The company also posted EPS of 51 cents, which was 1 cent ahead of consensus estimates and compared favorably to the prior year’s EPS result of 21 cents.

Aiding results was the company’s $3.8 billion cash purchase of Entertainment One, which was completed on Dec. 30, 2019. This acquisition added franchises such as Peppa Pig and PJ Masks, alone a $2.5 billion business, as well as a network of film distributors, live entertainment groups and music labels. eOne added $342 million to revenue in the first quarter, which was down 27% from the previous year primarily due to a planned divestiture.

Hasbro cited Magic: The Gathering, Monopoly and Play-Doh as sources of growth during Q1. Magic: The Gathering has long been a popular franchise for the company and this should continue with the global release of Ikoria: Lair of Behemoths coming this May 15. Hasbro was forced to cancel live events for Magic, but its online platform saw a surge in players. The company has plans to expand to in China as well as to mobile and Mac platforms this year.

Frozen and Star Wars helped drive gains made in Partner Brands. Stay at home orders had a positive impact on Hasbro Gaming, led by Dungeons & Dragons. Classic games like Jenga and Operation were also quite popular with consumers. TV/Film/Entertainment was much weaker than the previous quarter due in part to timing of deliveries as well as production disruptions. Also impacting results were several movie releases that had been slated for 2020 being pushed to 2021 or straight to public release.

Hasbro did have supply chain issues in relation to the ongoing pandemic. Almost 55% of the company’s entire manufacturing production takes place in China. Many of these factories were forced to close, though the company says they were operating at normal capacity as of the time of the earnings release.

Production typically ramps up in the summer months in anticipation of the upcoming holiday season. This should allow the company to make up lost ground on production. Elsewhere, production was running at normal levels except for certain locations.

Hasbro appears well positioned financially to handle adversity from the pandemic as the company ended the quarter with $1.2 billion in cash and has a $1.5 billion revolving credit facility at its disposal.

Hasbro did pull its guidance for 2020.

Despite production setbacks and stay at home restrictions, Hasbro weathered the first quarter rather well. Point of sales were up mid-single digits globally while several categories saw solid growth, led by a 30% increase in Gaming. Though physical stores struggled as they were shuttered for large portions of the quarter, e-commerce sales were higher by double-digits. The company noted several times on the conference call that its online viewership soared.

There were areas of weakness within the first quarter report, but also areas of strength. According to Yahoo finance, analysts expect EPS of $3.45 for the year, which would be a 14% decline from last year.

Hasbro raised its dividend by 8% for the May 15, 2019 payment. It should be noted that the company’s dividend has remained the same for six consecutive quarters, though a raise either for the November or February 2021 payment will keep Hasbro’s dividend growth streak alive.

As discussed above, Hasbro has seen major disruptions to its supply chain in China. Physical store locations closures have also impacted sales.

Regardless if the company’s dividend growth streak remains intact, looking closer at Hasbro’s payout ratios leads me to believe that the dividend is safe from a cut.

In most cases, free cash flow can provide a clearer picture regarding the health of the dividend. This seems especially true for Hasbro given the expected drop in EPS. The free cash flow payout ratios should reassure shareholders about the company’s dividend safety.

In the three prior years, dividends amounted to a combined $835 million while free cash flow was $1.7 billion for a payout ratio of 49%.

While one quarter does not make a trend, Hasbro’s most recent quarter, which was a difficult period, had a much improved free cash flow payout ratio compared to previous years. It will be interesting what the free cash flow payout ratio as the year goes on, but this is a large positive in the company’s favor. This is why I am comfortable in saying that Hasbro’s dividend continues to look safe even if dividend growth does not occur this year.

Normally, I would use the previous valuation method to determine a price range and potential returns for a stock. In the case of Hasbro, however, I am reluctant to do so. The company’s lack of clarity on its EPS for the year could very well mean that analysts are also unclear on what results could be. This could make for an unreliable prediction.

Therefore, I will be using a different technique to determine a possible price range for Hasbro, namely comparing the stock’s current dividend yield to its historical average. Using the annualized dividend and the most recent closing price, Hasbro offers a dividend yield of 3.8%. The company’s five and 10-year average yields are 2.9% and 2.5%, respectively.

Even more telling is that outside of just four years (2009 and 2012 through 2014), Hasbro’s annual dividend yield has been below 2.6% every year since 2004. Only once (in 2012) has Hasbro averaged a higher yield than the stock currently offers. Hasbro current yield is very high compared to its historical averages, making it highly likely that the stock is undervalued.

Reverting to a range between the average historical yields could result in a gain of 33% to 51% for Hasbro.

Hasbro, like many companies, saw struggles in its first quarter that were due in part to the spread of the pandemic. Several businesses suffered, but there were more than a few pockets of strength. An acquisition also aided results.

A steep decline in the share price so far in 2020 has caused the dividend yield to hit a height not seen in quite some time. If the stock were to trade between the five and 10-year average yields then investors would see a significant increase in the value of shares.

Investors buying today will also be paid a handsome dividend yield while they wait for the stock to move higher, and that dividend looks extremely safe when using free cash flow. Investors willing to take a chance on Hasbro at the current price could be well rewarded as the stock returns to its normal range for dividend yield.

Author disclosure: the author does not have a position in any stocks mentioned in this article.

Not a Premium Member of GuruFocus? Sign up for a free 7-day trial here

This article first appeared on GuruFocus.

Thu Jun 25 , 2020
Click here to read the full article. Dior launched the microsite today where you can register to buy its limited-edition Air Jordan 1 OG Dior sneakers that collectors all over the world over have been awaiting with bated breath. Participants must select just one boutique and register only once for their […] 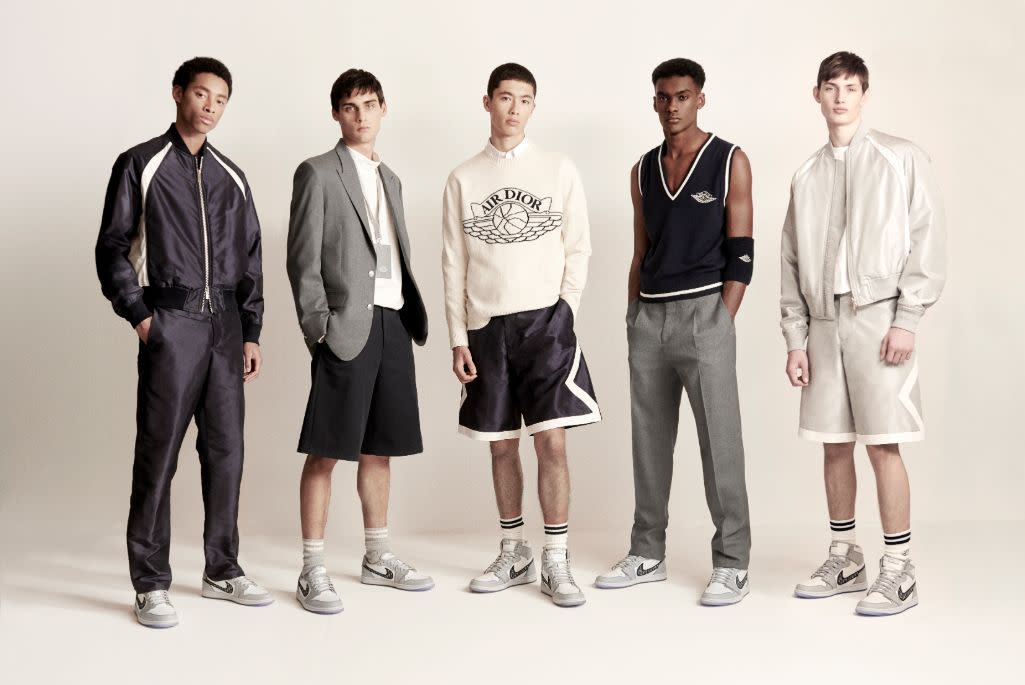