Demolition of the Reardon block to make way for Riverside Place in 1990. (Photo provided)

Demolition of the Reardon block to make way for Riverside Place in 1990. (Photo provided)

A Window into Midland’s Past: New Reardon Store better than one destroyed by fire

Editor’s note: The Midland County Historical Society is partnering with the Midland Daily News for “A Window to Midland’s Past,” which features historical pieces in print and online at ourmidland.com. This particular piece was compiled by retired historical society director Gary Skory. It was originally published on Aug. 18, 1994.

As described in earlier articles, William Reardon operated one of Midland’s most successful retail businesses in downtown Midland for more than 40 years. He commenced business in 1869, and later, in partnership with his brothers Thomas and John, he operated Reardon Brothers Dry Goods and Grocery Store. Their thriving business was located on the south side of East Main Street (this site is occupied by the Rodd Street extension and a portion of Riverside Apartments). By 1900 William Reardon was the sole proprietor of the business.

On Aug. 14, 1910, the three-story brick building which housed Reardon Brothers’ Mercantile Co. was destroyed by fire. It had been built 33 years earlier to replace a wooden structure which burned during an earlier conflagration, Midland’s “Great Fire of 1876.”

While the building’s fire was still raging, owner William Reardon already was planning a new modern structure to take its place.

Reardon, a veteran Midland retailer who had survived many challenges during his business career, was not about to be beaten by a “simple blaze.” Though his losses eventually exceeded $70,000, he still believed that, “Midland is a good town in which to do business, and business is my life.”

Within days of the fire, it was announced that Reardon would gain both a new building and a new partner. Herbert Beckwith, a long-term employee of Reardon who started his career in 1873 as an accountant/sales clerk for the Midland business, was now a stockholder in the new firm of The Reardon and Beckwith Mercantile Co. Throughout the 3-plus decades of his employment, Beckwith learned every function and aspect of the business; it was only natural that he would become a partner in the newly-organized enterprise.

Along with announcement of their partnership, Reardon and Beckwith announced their plans for a modern brick structure. An August 1910 edition of the Midland Republican reported:

“As soon as practical there will be built of brick and concrete, as nearly fireproof as may be, a triple building, each of the three parts to be 30 feet in width, a total of 90 feet on its Main Street front. The west or right hand section will be 120 feet in length, 40 feet longer than the old one, and devoted to dry goods. The other two parts for hardware and groceries will each be 100 feet long, 20 feet longer than before, and the whole building – two-stories in height – will furnish 56,700 square feet of floor space. The basement will have a concrete floor, making 28,800 square feet more of dry storage space. Extensive fireproof vaults will probably be a feature of the building.”

By Sept. 1, 1910, cleanup crews were busy removing the ruins of the former Reardon Brothers’ Mercantile Store. Extra crews were assigned to a difficult task, in an attempt to expedite construction of Reardon and Beckwith’s new building. When workers reached the bottom of the rubble, the former business’s large safes were located.

Miraculously, William Reardon was able to open them without trouble and their contents were found intact. Several hundred dollars in cash, along with many checks and credit vouchers, were retrieved from one safe; valuable business papers and records were recovered from two others.

The fire barely interrupted Mr. Reardon’s business. Within three days of the blaze, he secured temporary business facilities by renting the Madill House, a vacant hotel located across the street from his former store’s location. He quickly ordered a stock of goods from Saginaw wholesalers, and resumed business in the temporary quarters.

By Sept. 16, substantial progress had been made on the new store’s construction. The Midland Sun reported: “It was only 30 days ago yesterday since the big Reardon Fire, and yesterday a greater part of the joists for the first floor of the three new stores were laid. Mr. Reardon is in Chicago buying the steel girders and ironwork for the superstructure.”

Though it was the intention of William Reardon and Herbert Beckwith to open their new store for the 1910 Christmas shopping season, construction delays precluded their goal from being reached. Stock for the new store was still being purchased in early January 1911, and interior light fixtures and “finish carpentry” were yet to be completed.

On January 13, 1911, the Reardon and Beckwith Mercantile Co. opened for business with much fanfare and public anticipation.

“The Reardon and Beckwith Mercantile Co., William Reardon and Herbert Beckwith, owners, is the logical successor of Reardon Brothers’ Mercantile Co., in general merchandise so far as it pertains to dry goods, clothing for men, ladies and children, furnishing, carpets, rugs, linoleum and all kinds of footwear.

“The center one of the three stores in the Reardon building is 40 feet wide, being 100 feet in length. In this the Reardon and Beckwith Mercantile Co. is already doing business with Mr. Beckwith as manager.

“They are constantly placing on the shelves and in the convenient receptacles, new goods which are arriving in profusion, including spring lines. When their present purchases have arrived they will have an immense stock with splendid sale facilities.

“The room is connected with the two on either side by arched doorways covered by automatic fire doors on wheel tracks.

“Among the conveniences of this great store, showing thoughtfulness for customers, is a rest room for ladies and children at the rear of the store, but wholly within the great room.

“Mr. Reardon is to be congratulated upon the success of his heroic rebuilding efforts.

By the time the new store opened for business, Owners Reardon and Beckwith decided to discontinue selling hardware and related items. In November 1910, August Wenzel and Gustav Stark purchased the contents of a hardware store near Clare with intentions of entering into a partnership hardware business in Midland. Their location chose was the west storefront in the new Reardon Block.

The Reardon and Beckwith Mercantile Store continued to serve the Midland Community for several years. In 1921, William Reardon liquidated most of his local business holdings and retired to Santa Monica, California, thus ending a 52-year business relationship with the citizens of Midland. He continued to visit Midland each summer until the time of his death in 1932.

Tue Oct 20 , 2020
Despite growing concerns about data privacy, most brands still rely on consumer information to make sure their ads get in front of the right people at the right moment in time. But change is coming. Consumers have taken note of the brands that are evolving their business practices and those […] 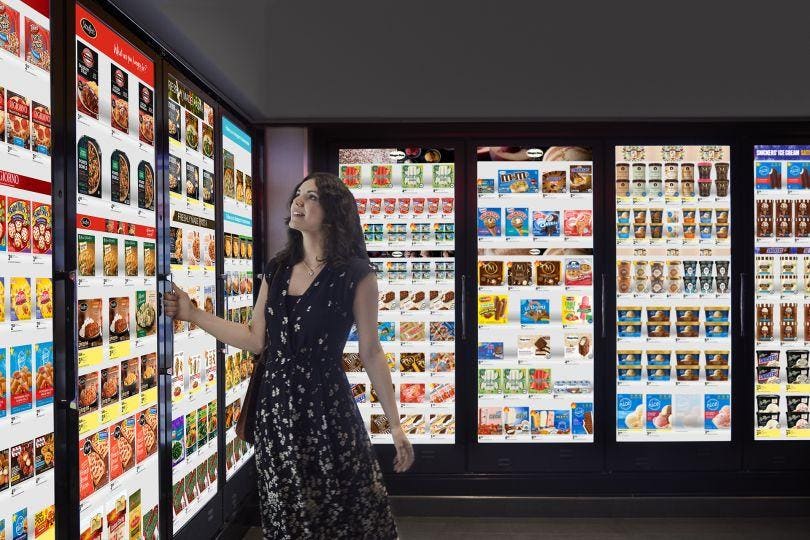