“AA members I speak to are well beyond the initial fascination with the idea that they are looking at a screen of Hollywood Squares,” said Dr. Lynn Hankes, 84, who has been in recovery for 43 years and is a retired physician in Florida with three decades of experience treating […]

“AA members I speak to are well beyond the initial fascination with the idea that they are looking at a screen of Hollywood Squares,” said Dr. Lynn Hankes, 84, who has been in recovery for 43 years and is a retired physician in Florida with three decades of experience treating addiction. “They thank Zoom for their very survival.”

Although online rehab rose as an emergency stopgap measure, people in the field say it is likely to become a permanent part of the way substance abuse is treated. Being able to find a meeting to log into 24/7 has welcome advantages for people who lack transportation, are ill, juggling parenting or work challenges that make an in-person meeting tough on a given day and may help keep them more seamlessly connected to a support network. Online meetings can also be a good steppingstone for people just starting rehab.

“There are so many positives — people don’t need to travel. It saves time,” said Dr. Andrew Saxon, an addiction expert and professor in the Department of Psychiatry and Behavioral Sciences at the University of Washington School of Medicine. “The potential for people who wouldn’t have access to treatment easily to get it is a big bonus.”

Todd Holland lives in northern Utah, and he marvels at the availability of virtual meetings of Narcotics Anonymous around the clock. He recently checked out one in Pakistan that he heard had a good speaker but had trouble with some delay in the video and in understanding the speaker’s accent.

Some participants say the online experience can have a surprisingly intimate feel to it.

“You get more a feel for total strangers, like when a cat jumps on their lap or a kid might run around in the background,” said a 58-year-old AA member in early recovery in Portland, Oregon, who declined to give his name, citing the organization’s recommendations not to seek personal publicity.

Plus, he added, there are no physical logistics to attending online.

“You don’t go into a stinky basement and walk past smokers and don’t have to drive,” he said.

At the same time, he and others say they crave the raw intensity of physical presence.

“I really miss hugging people,” he said. “The first time I can go back to the church on the corner for a meeting, I will, but I’ll still do meetings online.”

Holland, who for decades abused drugs until Narcotics Anonymous helped him stay sober for eight years, said the online meetings can “lack the feeling of emotion and the way the spirits and principles get expressed.”

It is too early for data on the effectiveness of online rehabilitation compared to in-person sessions. There has been some recent research validating the use of the technology for related areas of treatment, like PTSD and depression that suggests hope for the approach, some experts in the field said.

Even those people who say in-person therapy will remain superior also said the development has proved a huge benefit for many who would have otherwise faced one of the biggest threats to recovery: isolation.

The implications extend well beyond the pandemic. That’s because the entire system of rehabilitation has been grappling for years with practices some see as both dogmatic and insufficiently effective given high rates of relapse.

“It’s both challenging our preconceived concerns about what is necessary for treatment and recovery but also validating the need for connection with a peer group and the need for immediate access,” said Samantha Pauley, national director of virtual services for the Hazelden Betty Ford Foundation, an addiction treatment and advocacy organization, with clinics around the country.

In 2019, Hazelden Betty Ford first tried online group therapy with patients in San Diego attending intensive outpatient sessions (three to four hours a day, three to four hours a week). When the pandemic hit, the organization rolled out the concept in California, Washington, Minnesota, Florida, New York, Illinois and Oregon — where Pauley works — and has since expanded to New Jersey, Missouri, Colorado and Wisconsin.

Pauley said 4,300 people have participated in such intensive therapy — which entails logging into group or individual sessions using a platform called Mend that is like Zoom. Preliminary results, she said, show the treatment is as effective as in-person meetings at reducing cravings and other symptoms. An additional 2,500 people have participated in support groups for family members.

If not for COVID, Pauley said, the “creative exploration” of online meetings would still have happened but much more slowly.

One hurdle to intensive online rehab involves drug testing of patients, who would ordinarily give saliva or urine samples under in-person supervision. A handful of alternatives have emerged, including one in which people spit into a testing cup while being observed onscreen by a provider who verifies the person’s identity. The sample then gets dropped at a clinic or mailed in, although the risk of trickery always remains. In other cases, patients can visit a lab for a drug test.

Additionally, some clinical signs of duress can’t be as easily diagnosed over a screen.

“You can’t see the perspiration that might indicate the person suffering mild withdrawal. There are limitations,” said Dr. Christopher Bundy, president of the Federation of State Physician Health Programs, a group representing 48 state physician health programs that serve doctors in recovery.

He said that hundreds of physicians in these programs are attending regular virtual professionally monitoring meetings in which they meet with a handful of specialists for peer support and to assess their progress.

“This sort of thing has challenged our assumptions,” he said of the pandemic and the use of the internet for these therapies. “There’s a sense it’s not the same, but it’s close enough.”

Other participants in drug rehab and leaders in the field say that while online has been a good stopgap measure, they also hope that in-person meetings will return soon.

“It’s been a mixed blessing,” said David Teater, who wears two hats: He’s in recovery himself since the 1980s, and he’s executive director of Ottagan Addictions Recovery, a residential and outpatient treatment center serving low-income patients in western Michigan whose therapy typical gets paid through Medicaid.

In that capacity, he said online tools have been a godsend because, simply, they allowed service to continue. Through $25,000 in grants, the center got new computers and other technology that allowed it to do telemedicine, and set up a “Zoom room.” It includes a 55-inch monitor so that people who are Zooming in can see the counselor as well as the people who feel comfortable enough to come in-person and sit at a social distance wearing masks.

“We think it works equally well; we really do,” Teater said.

Sun Nov 29 , 2020
WARREN, R.I. (WPRI) — Small businesses are vital in the smallest state in the country. In fact, they make up about 98% of business here in the Ocean State. The quintessential New England image, a bustling street decked in Christmas decor, with locals eager to support the small businesses that […] 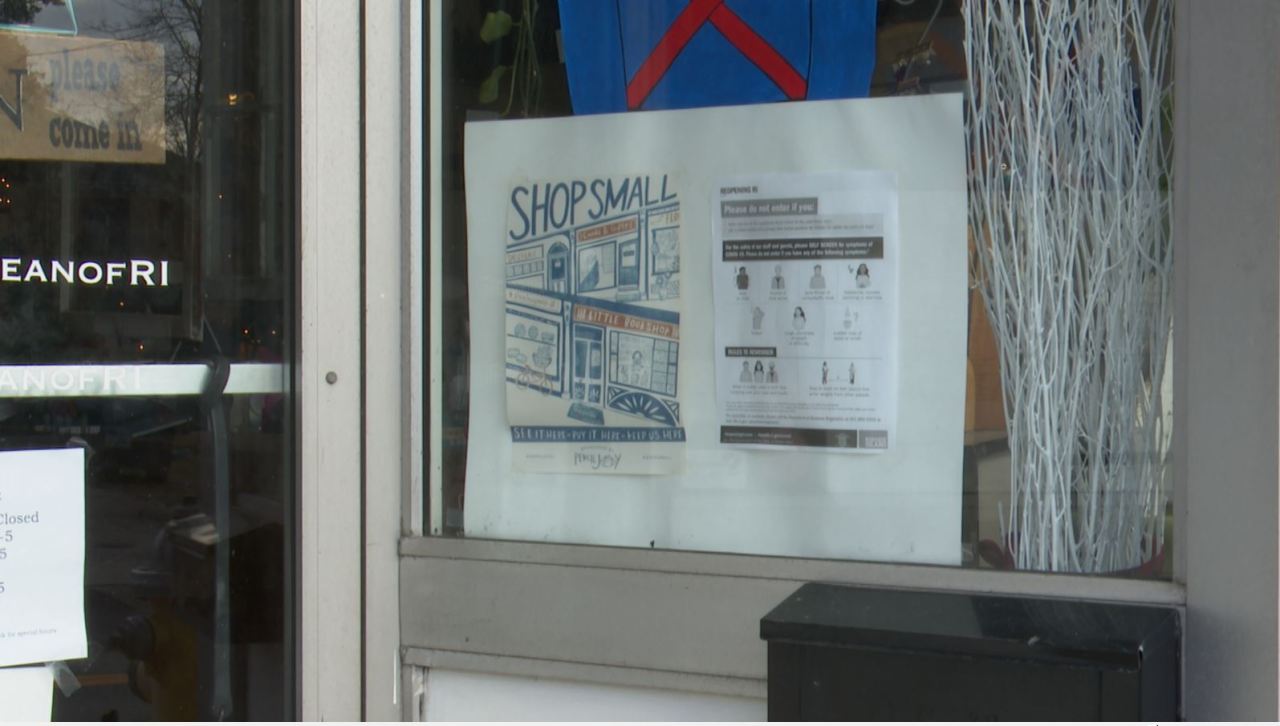