CHICAGO — When Chicago Bears defensive coordinator Chuck Pagano packed up his office at Halas Hall in March, he had no idea he would spend the next four months figuring out how to run a defense from his computer at home. Like most of the rest of the world, the […]

CHICAGO — When Chicago Bears defensive coordinator Chuck Pagano packed up his office at Halas Hall in March, he had no idea he would spend the next four months figuring out how to run a defense from his computer at home.

Like most of the rest of the world, the coronavirus pandemic forced Bears coaches to adapt to an online environment, connecting with and teaching their players from afar. Pagano will return to team facilities in late July with a new set of digital capabilities.

“From a tech standpoint, I’m off the charts for a guy that’s going to be 60 in October,” Pagano said. “I feel like I’m way more tech savvy than I’ve ever been.”

Now, as Matt Nagy, Pagano and the rest of the Bears coaches prepare for a training camp unlike any they’ve held before, adaptability still will be key.

A whole new batch of complications awaits when they meet their players in person for the first time this year.

Coaches must enact — and enforce — a plan to keep players, coaches and staff safe during a pandemic. They must prepare contingency plans for game days should players get sick. They must get rookies up to speed without previous on-field work. And they must do it all through personal concerns about contracting the virus or spreading it to loved ones.

“The value on creativity and really adaptability is huge, for everybody,” safeties coach Sean Desai said. “We’re talking about football right now, but really everybody around the world has to adapt … and the people that do it the fastest and quickest usually succeed and excel.

“So Coach Nagy’s done a tremendous job of creating that culture of adaptability and flexibility, and our players have done a tremendous job of buying in to that. And everybody understands what it is coming into training camp. ‘Hey, things will be different. We’re going to get used to the different and make it our own and use those as our strengths.’ Which I think we’ll do.”

Any conversation about a return to work starts with safety.

NFL Commissioner Roger Goodell and chief medical officer Dr. Allen Sills have emphasized the same point: Positive coronavirus tests are to be expected in the league this season, and the key will be to catch infected individuals early and isolate them to prevent the spread of the virus.

Daily screening and testing, socially-distanced meetings and face-mask requirements will be a part of that plan, which is still being developed as officials study the opening of other leagues’ activities.

Coaches, some of whom fall into higher-risk categories for illness because of their age, must help implement such precautions not only for players but also themselves. The Bears have three positions coaches over age 50, as well as Pagano, who was asked about his concerns because of his medical history.

In 2012, Pagano, then in his first season as Colts head coach, was diagnosed with leukemia. He went into remission in November of that year and said he thinks he’s far enough removed from the disease for it to be a factor in how he would be affected by the virus. Pagano said the Bears have done “a phenomenal job” handling the crisis.

But still, he said, “I’m concerned for everybody, like everybody else is.”

“I can’t let my guard down, like anybody else, so I’ll take the necessary precautions and follow orders,” Pagano said. “I don’t think you can just take a sigh of relief and take a big breath and exhale and say ‘OK, we’re all good.’ I’ll be mindful of everything.”

Special teams coordinator Chris Tabor said he likely will be so wrapped up in his work he won’t worry about the virus much once the team reconvenes. At the same time, he is conscious of his responsibility to avoid putting himself in unsafe situations for the sake of loved ones.

The same goes for new tight ends coach Clancy Barone, 56, who helped his mom through her recovery from brain surgery during his year off from football. While he has “zero concerns” about his health, he is mindful of how it might affect people like her.

“With my mom in her age and whatever else, she’s in that category,” Barone said. “I’m very concerned about things of that nature. But for myself, I’m not all that concerned about me. Whatever we are asked to do from the Bears — having meetings 6 feet apart, wearing a mask — whatever that is A through Z, obviously I’ll certainly comply with it.”

Beyond safety precautions, coaches must come up with plans for what to do if key players test positive.

It’s a worry that caused Tampa Bay Buccaneers coach Bruce Arians to wonder on former NFL player Chris Long’s podcast whether he should quarantine a third quarterback all season in case his other two, who would be in the same meetings all week, contract the virus.

“You add in 2020: The Year of the Pandemic, and I have no idea,” Lazor said. “Who knows if you’re going to have to sit three wide receivers one week because they’re all sick? I couldn’t predict how this is going to go. So you better have depth and you better have multiplicity in your plan. And I think this year will just maybe highlight that.”

The understanding that the Bears might have to rely on backups if starters are sidelined by illness is also a factor in Pagano’s philosophy this season.

“We call it the KILL principle — Keep It Likable and Learnable,” Pagano said. “We’ve got to be complex enough to where it’s tough for the offenses we face but it’s simple for us and it’s simple for everybody. If somebody gets hit — it doesn’t matter if it’s a coach, if it’s a player — Coach Nagy’s got a great plan in place.”

Nagy needed something to break up the monotony of the two-month virtual offseason, so he enlisted the help of some big-name players and coaches.

He kept most of his guest speakers a public secret — he was afraid they might be inundated with requests should he give away their names — but one revealed himself this offseason. Los Angeles Clippers coach Doc Rivers, a Chicago native and Bears fan, told the Los Angeles Times he was “jacked up” to speak to his hometown team.

Wide receivers coach Mike Furrey called the session “absolutely phenomenal” and said the team was fortunate to have several good virtual visitors, many of whom went well beyond their allotted 45-minute time slots.

“It just wasn’t guys getting on there and talking about what they did and how they did it and who they are and what they’ve accomplished,” Furrey said. “Our guys were asking questions. They were highly involved.”

So there were a few perks to doing meetings online, including being able to draw in guests who might not otherwise have been available in Lake Forest in person.

Pagano praised the video and teaching tools his coaches put together, and the position coaches also noted the extended meeting time with their players as helpful. Players really could focus on learning.

“It has been really unique because our two-hour block with the players, for the most part, has been individualized teaching,” inside linebackers coach Mark DeLeone said. “Obviously we have team meetings and some of that stuff, but we’ve been very position-based on defense, which has allowed me to have more specific meeting time with the linebackers than I would ever normally have.”

Coaches expect all of that online work at least should make the training camp reboot a little easier than it was after the 2011 lockout, when coaches had no offseason contact with their players.

Tabor, then the Cleveland Browns special teams coordinator, remembers asking players to do a drill at the start of that training camp.

“They were looking at me like, ‘What are you talking about? We’ve never done any of this,’ ” Tabor said. “So I actually feel comfortable where I can help these young guys because they are a little bit behind the eight ball. We’ve had great meetings, but that’s more X’s and O’s than what you need to know. In the special teams world, because a lot of guys haven’t played special teams, just being out on the grass and working the technique and stuff they missed out on (is important).”

Nagy said his primary concern when regrouping is injuries because his players haven’t been on the field together since December. He stressed to players the importance of properly training over the next several weeks to prepare, though defensive line coach Jay Rodgers pointed to drills that involve change of direction and sudden movement as difficult for his players to simulate on their own.

Relationship-building, especially among several new offensive coaches and quarterbacks Mitch Trubisky and Nick Foles, also was limited by the Zoom meetings — no small thing considering the Bears are getting ready to launch a quarterback competition.

And coaches have missed evaluating the on-field performances of their rookies, including tight end Cole Kmet and cornerback Jaylon Johnson, second-round picks who should be competing for starting reps. Coaches are eager to assess the rookies’ work ethic, how they see the field and how they operate within the speed of the NFL game.

“It’s going to be tough for a lot of these young guys just missing the actual reps of OTAs and making some of those mistakes, that you can coach them off the tape,” secondary coach Deshea Townsend said. “(I want) just to see (Johnson) compete, see if he can come back every day after a bad day. How does he respond to that? He’s already a great kid. I’m not worried about him taking coaching. But how do you respond from when you have a bad day? … You want to see if he can handle it.”

Townsend and Nagy both talked about how a sense of urgency when they finally hit the field will be key. If the Bears report to camp July 28, as expected, they will have 7 1/2 weeks before their Sept. 13 season opener against the Lions.

“We need to make sure that when we do get back together that we make up for it,” Nagy said. “We have to be very organized. We can’t have any wasted motion. Our meetings need to be crisp. We need to have a great action plan with that.

“We feel like we’ve done everything in our power to handle the mental side and handle the relationship side through a computer. But when we get there, we have to hit the ground running. It’s going to be imperative that every rep matters.”

After nearly seven months away from team activities, sparking urgency among players might be the coaches’ easiest task of camp.

Visit the Chicago Tribune at www.chicagotribune.com

Fri Jul 10 , 2020
Click here to read the full article. The coronavirus pandemic has put a damper on a lot of things, but wellness M&A is not one of them. Consumer interest in being healthy has never been higher, experts agree, and during the COVID-19 pandemic that has translated into higher sales in […] 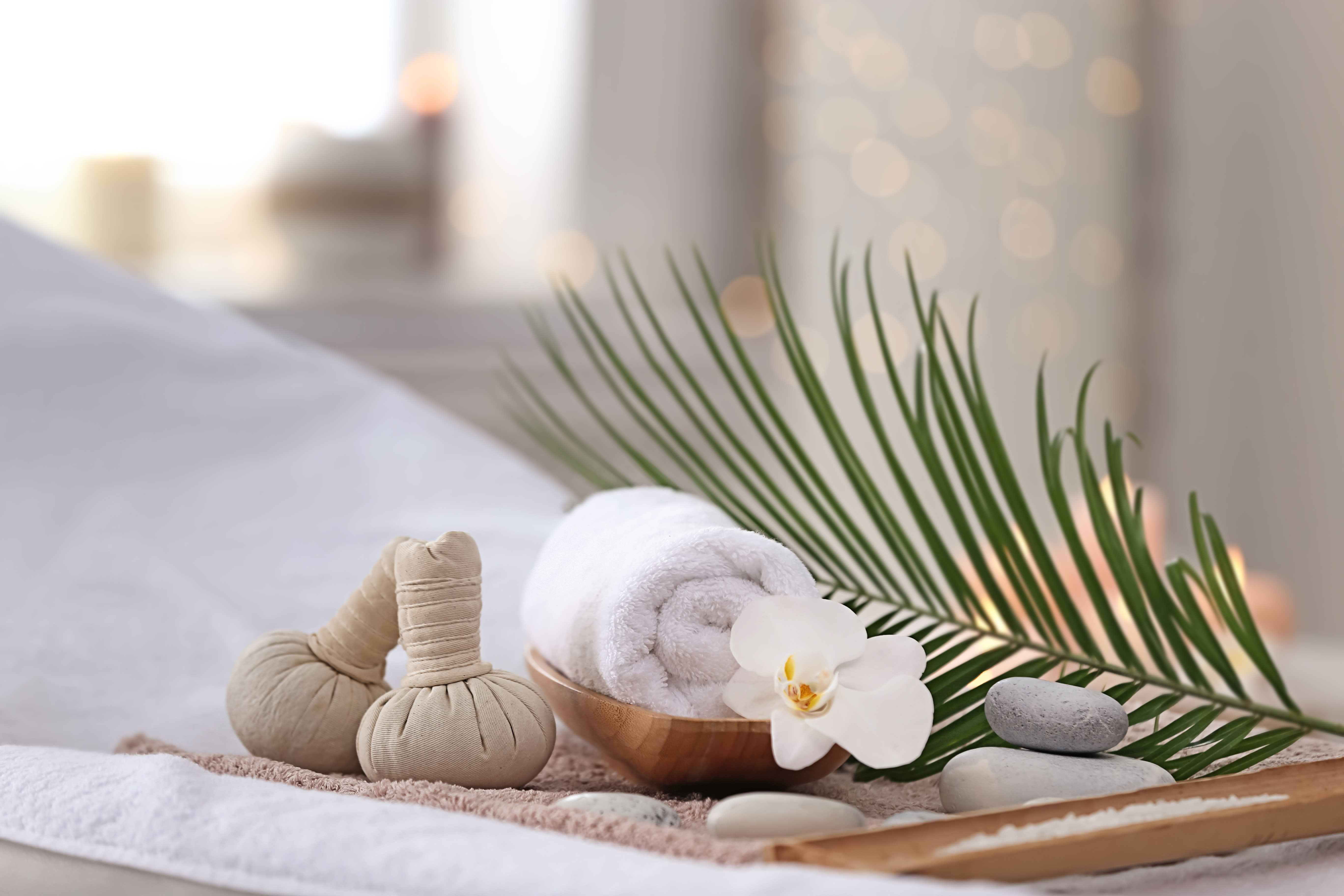