By Nikhil Nainan (Reuters) – Afterpay laid out plans on Thursday to expand its buy-now, pay-later service to at least four continents, capitalising on the sector’s burgeoning popularity, as the Australian firm said its full-year loss more than halved. An online shopping boom triggered by the coronavirus outbreak has boosted […]

An online shopping boom triggered by the coronavirus outbreak has boosted growth in the BNPL sector and helped turn Afterpay into one of Australia’s 20 most valuable stocks, having soared more than 10-fold since March.

The quarter to June was Afterpay’s best in terms of the amount of sales it processed, and underlying sales in fiscal 2020 doubled from last year to A$11.10 billion ($8.04 billion).

With nearly 10 million active customers and competition building, Afterpay set it sights on Asia with the acquisition of a Indonesia-focused but Singapore-based BNPL, EmpatKali.

“They have got an established, albeit, very early stage position in Indonesia,” Chief Executive Anthony Eisen told Reuters.

The Southeast Asian country has the world’s fourth-largest population and its booming digital economy is expected to top $130 billion by 2025.

Afterpay also formally announced its launch into Canada and said earlier this week it would venture into mainland Europe, starting with Spain, France, Italy and possibly Portugal and Germany, facing up directly with Klarna on its home-turf as global competition intensifies.

“We are in the land grab phase of growth,” said Andrew Mitchell, a senior portfolio manager at Ophir Asset Management.

In a volatile trading session, Afterpay shares climbed close to 6% to a record high, but quickly reversed course to trade sharply lower. It was marginally higher by late afternoon in line with the broader market.

In the United States, active customers more than tripled during the year accounting for more than half of the company’s base, while underlying sales more than quadrupled to A$4 billion and make up more than a third of sales.

Tencent-backed <0700.HK> Afterpay, which offers small interest-free instalment loans to shoppers and makes money by charging merchants a commission, reported a loss of A$22.9 million for the year ended June 30.

Thu Aug 27 , 2020
By Hadeel Al Sayegh and Steven Scheer DUBAI/JERUSALEM (Reuters) – A thaw in relations between Israel and the United Arab Emirates has raised expectations of an influx of funding in ‘Silicon Wadi’, Israel’s answer to Silicon Valley. “The UAE has excess amounts of money, but not enough places to invest […] 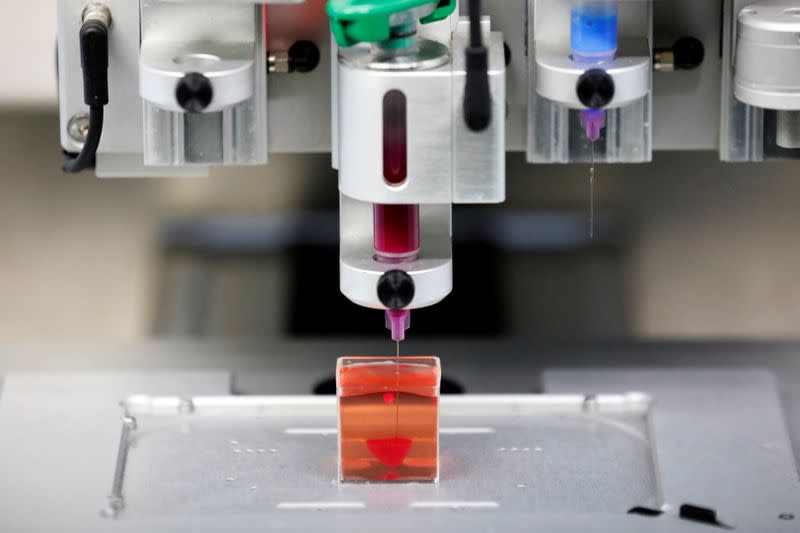