Airbnb’s public float is expected to be one of the biggest of this year, representing a remarkable turnaround after the dark early days of the pandemic when many feared the company would go out of business. Rob Siegel, a longtime venture capitalist and business professor at Stanford University, said: “The […]

Airbnb’s public float is expected to be one of the biggest of this year, representing a remarkable turnaround after the dark early days of the pandemic when many feared the company would go out of business.

Rob Siegel, a longtime venture capitalist and business professor at Stanford University, said: “The turnaround is nothing short of miraculous. How many other hospitality companies are doing well during the pandemic? This could have been existential, as it may be for a variety of airlines, hoteliers, and resorts.

“As a venture capitalist, these are the investments that make your career – you only need one of these…. [Mr Bezos] is going to make a lot of money, and it’s impressive he was able to be a part of it.”

He credited Airbnb’s comeback to its chief executive Brian Chesky and his strategy, announced early in the pandemic, of switching focus from short-term holiday rentals to long-term getaways for remote workers wanting a change of scenery.

That proved prescient. As erratic, extended lockdowns across the world left millions of people working from home indefinitely, Airbnb bookings began to trend back up towards their normal level, recovering by 10-20 percentage points between March and August.

Even so, Mr Bezos’s stake in Airbnb will be a drop in the ocean compared to the fortune he has made from Amazon, which has repeatedly jumped by tens of billions this year and made him by far the richest man on Earth.

Since 2005, Mr Bezos has made 62 investments through his family fund Bezos Expeditions, according to PitchBook. Most were made before 2018, when Amazon’s stock began to markedly soar.

Among its earliest picks were Linden Labs, the developer of Second Life, and Basecamp, a work collaboration company, in 2006; it has since put its chips on Uber in 2012, the neighbourhood social network NextDoor in 2013, and his own space exploration company, Blue Origin.

Yet Prof Siegel said that the Amazon founder may have had to fight to get in on Airbnb in 2010, when it was not long out of the prestigious Silicon Valley accelerator programme Y Combinator and receiving great interest from big venture firms.

Another big winner from Airbnb’s float will be its own employees, who have sometimes rankled during a long decade of being able to sell their equity.

The company’s 4m hosts may also benefit through an endowment fund holding 9.2m shares, part of a programme of outreach measures embarked on by Mr Chesky after hosts revolted over the sudden suspension of cancellation fees this spring.

Sold! Surge in UK homes being bought at auction

Sun Nov 15 , 2020
Photograph: Andrew Payne/Alamy It’s the 17-year stalwart of daytime TV, famous for revealing the hidden potential of dilapidated properties and the rapacious profits of the punters bold enough to buy them at auction. Now, Homes Under the Hammer is being credited with fuelling a new boom in the property market, […] 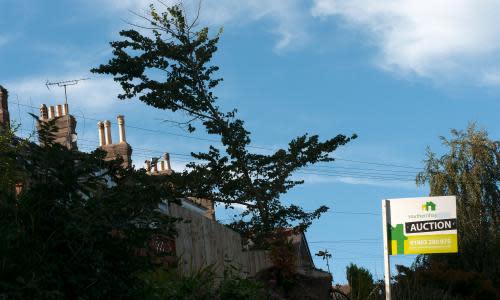