The Rev. Al Green wants to know who’s cleverly altering Walgreens drug store marquees to read “Al Greens.” The 74-year-old “Let’s Stay Together” singer posted a photo on Twitter one of those altered signs, along with an emoticon of a laughing face. “Who did this?” he asked. To answer the […]

The 74-year-old “Let’s Stay Together” singer posted a photo on Twitter one of those altered signs, along with an emoticon of a laughing face.

To answer the reverend’s question, a West Chester, Pa., street artist who calls himself Cassius King did that —and he’s just getting started.

“I’ve been in shock all day,” King told the Daily News after learning Green had shared his work online.

King posted a photo of the Walgreens sign on Instagram Monday and labelled it “Walgreens -> Al Green’s, Pt. 2.”

It took about a day to go viral. The pharmacy’s newly revamped sign also includes a 1975 photo of Green from the cover of his “Greatest Hits” album.

“I spent a lot of time in the car when I was working and the ideas came to me as a sort of self-entertainment and it seemed the public started to take interest,” said King, who says he teaches at a local university to finance his projects.

According to King, law enforcement officers and community leaders who know him have been supportive of his work, which he hopes adds to the community’s aesthetic. He says he hasn’t been arrested or fined and hopes to keep it that way.

King also suspects artists have to be even more imaginative when it comes to having their work seen during a pandemic lockdown that limits how galleries and museums operate.

“I think street art in general is taking off and social media has been the catalyst for that,” he said.

While King is happy being a local art star, he hopes to make his way to cities including nearby Philadelphia, then New York City to share his ideas. “I’d love to!” King said. “Absolutely.”

His first image of the singing reverend over a Walgreens sign popped up online in June 2019, but appeared to have a little history.

Green was born in Arkansas and moved to Michigan with his family when he was in grade school. The 74-year-old singer now resides in Memphis, Tenn., where he holds services at the Full Gospel Tabernacle Church.

23 Secret Ways To Save Money on Amazon

Wed Sep 2 , 2020
Visit Amazon, and you’ll likely find tons of deals on your favorite items — from electronics, books and toys to clothing, jewelry and home goods. Although you’re probably already getting a good deal on an item if you buy it on Amazon, there are still other ways you can save money when […] 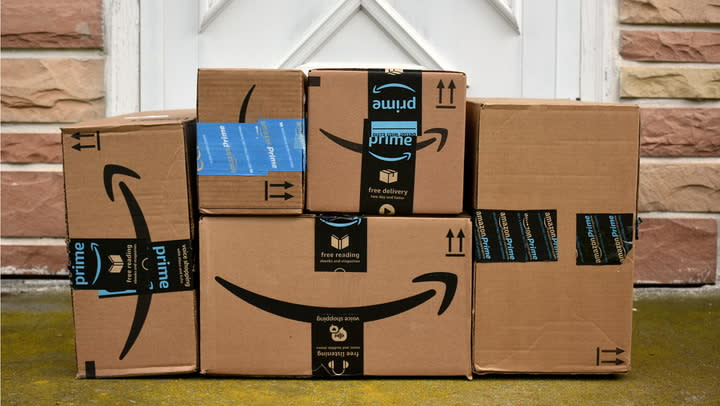