As racial injustice protests take place across the country and Black Americans possess fewer than 5% of all U.S. wealth, industry leaders from Citigroup, Land O’ Lakes, and other companies are finally talking about racial inequity and the accountable steps they’re taking. “Our lack of movement over time certainly hasn’t […]

As racial injustice protests take place across the country and Black Americans possess fewer than 5% of all U.S. wealth, industry leaders from Citigroup, Land O’ Lakes, and other companies are finally talking about racial inequity and the accountable steps they’re taking.

“Our lack of movement over time certainly hasn’t been lost on us,” Michael Corbat, CEO of Citigroup said during Yahoo Finance’s All Market Summit: Road to Recovery on Monday. Yahoo Finance is Cashay’s sister site. “When you think of Citi’s central role in local economies and financial lives of Americans, we believe that we can have a significant impact on helping to address and close the racial wealth gap.”

‘Greater access to banking and credit in communities of color’

One of the avenues in which Corbat and his company plan on bridging the racial divide is to help increase homeownership in underserved communities.

Citigroup plans to invest $550 million to increase homeownership among minorities, especially Black Americans who now own just 5.3% of all U.S. real estate, according to the Federal Reserve’s distribution of household wealth data,

The plan also includes $100 million to aid minority depository institutions, a federal insured institution where the majority of voting stock is held by minority individuals.

“The minority depository institutions operate in a number of these neighborhoods that have been significantly affected in the COVID pandemic in ways that we can support them,” Corbat said. “And whether that’s with the money or with lending support, we can help them continue to build their institutions.”

Companies are also aiming to bridge the gap in stock ownership. White Americans own 89.1% of corporate equities and mutual fund shares, while Black and Latino Americans own 1.2% and 0.5%, respectively.

“We have actually launched an investor education portal in conjunction with the online brokerage firms and other industry organizations to make sure that as these new investors come in, that they understand how to leverage the markets,” said Adena Friedman, CEO of NASDAQ. “But at the same time, we still have a lot of work to do to make it happen, so the other half of the population have the ability to access the markets as well.”

Friedman acknowledged that having programs to bring banking to underserved communities are still in demand. Lending serves as a bridge for minority communities to build businesses.

“We have to make sure they can get small business loans,” Friedman said. “If they’re able to create a business and create jobs, then they can give their employees equity.”

The first step is listening

In Minneapolis — the same city where George Floyd was killed in police custody in May — Land O’ Lakes CEO Beth Ford has a simple take on tackling racial equity: The first step is acknowledging your privilege and listening.

“It’s been very painful in the community and then very difficult as a CEO in this business,” Ford said. “We have had listening sessions for our team and you know I don’t have that lived experience of having fear of having my children go out to ride their bike, right?”

She alluded to how she’s heard about her own senior executives being pulled over by authority on their way to work.

“We have to understand what are the systemic issues and how can we make sure our employees feel engaged, feel safe in the workplace, and feel part of the community,” Ford said, whose company recently released policy reform recommendations on police brutality. “We make sure we are committed to making appropriate investments.”

Read more information and tips in our Retirement section

7 ways to invest for income: Asset types, advantages, and risks

Tue Oct 27 , 2020
The goal of investing for income is to generate a reliable cash flow from your assets at low risk. Common investment income assets include dividend-paying stocks, bonds, real estate, annuities, CDs, and money market accounts. Though they’re traditionally associated with older investors, any portfolio should include some income-producing assets.  Visit Insider’s […] 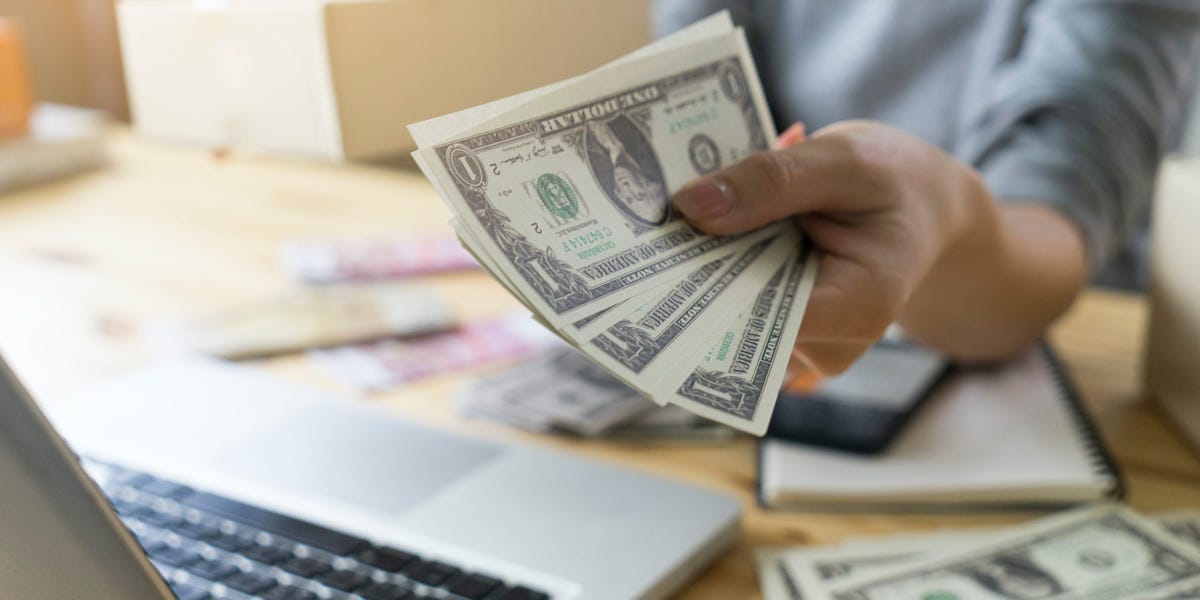