(Bloomberg) — Amazon.com Inc. has paused some hiring at its Alexa division amid growing pressure to make money from the voice-activated digital assistant, according to two people familiar with the matter. The pullback began shortly after the pandemic gripped the U.S. in the early spring, the people said. For several […]

(Bloomberg) — Amazon.com Inc. has paused some hiring at its Alexa division amid growing pressure to make money from the voice-activated digital assistant, according to two people familiar with the matter.

The pullback began shortly after the pandemic gripped the U.S. in the early spring, the people said. For several months, managers in certain divisions were told they couldn’t replace people who were leaving, they said, though the company has recently begun letting them fill some openings with special approval. Although hiring had slowed in the last couple of years, the current restrictions are much more severe, the people said.

The accelerating push for profits has prompted the company to consider selling ads on the Alexa service, they said, an idea previously avoided for fear of hurting the user experience. The pullback also coincided with a hiring spree at U.S. warehouses, where Amazon has added more than 175,000 people to help handle a surge in online orders.

In an emailed statement, an Amazon spokesman said the company “did not implement a hiring freeze, and the pace for hiring across Alexa and our Devices organization continues to be very strong. In fact, we have added thousands of employees to the organization since April.”

The two employees, who requested anonymity to discuss an internal matter, said there was never an official announcement of a hiring pause but that they were told to refrain from bringing on new people.

Alexa group job postings on Amazon’s website are down 43% since March 16, according to a Bloomberg review, compared with a 37% decrease overall in openings. As of Wednesday, Amazon had more than 28,000 job openings on its website and earlier this week said it would create 3,500 new tech and corporate jobs across six U.S. cities, including Denver, Dallas, Detroit and Phoenix.

The hiring pause marks a shift in one of Amazon’s most ambitious experiments. Only last year, Chief Executive Officer Jeff Bezos cited Alexa and Echo smart speakers as an example of a “single big winning bet” that justified the risks of experimentation. “No customer was asking for Echo,” he wrote in an annual letter to shareholders. “This was definitely us wandering.” Bezos touted the number of devices that have been sold with Alexa embedded as well as the assistant’s ability to recite facts.

The Echo speakers have attracted millions of fans with their ability to play music and respond to spoken queries. But Alexa has yet to offer a transformative new experience. Surveys show most people use their smart speakers to listen to tunes or make relatively simple requests — “Alexa, what’s the weather today?” — but grab their smartphones for more complex tasks.

And while Google and Apple Inc. sell their own voice-activated speakers, they have also embedded their digital assistants in millions of smartphones. Amazon has no phone and, despite putting Alexa in a microwave, eyeglasses and more, the company has struggled to transcend the kitchen counter or living room. Efforts to make money from voice shopping and selling apps called skills also have been lackluster.

Earlier this year, Amazon projected its devices division could take a $100 million hit due to the pandemic and a postponed annual Prime Day sales event, Reuters reported in April. Multiple hardware companies that integrate Alexa into their devices have pulled out of partnerships as a result of the pandemic, one of the people said. In one case, a hardware maker did so because it was facing a sales hit due to store closures.

Usage of Alexa devices skyrocketed after millions of Americans began working from home in mid-March, the two people said. The novelty has partly worn off as people slowly return to their offices, and in certain weeks usage of the devices is just above pre-virus levels, one of the people said.

“We continue to see higher engagement with Alexa over the past several months,” the Amazon spokesman said. “In fact, usage continues to exceed our expectations.”

bloomberg.com” data-reactid=”35″>For more articles like this, please visit us at bloomberg.com

Thu Aug 20 , 2020
DEERFIELD, IL — Manufacturers are making millions of extra flu vaccine doses to meet the highly anticipated demand for flu shots this season. Walgreens, headquartered in Deerfield, began offering flu shots Monday at all 9,100 of its pharmacies. “The convergence of COVID-19 and flu season means that flu vaccinations are […] 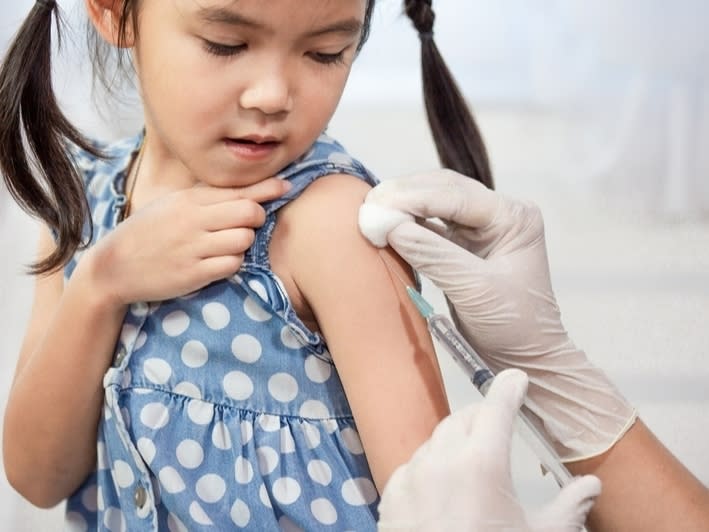