Donning his National Retail Federation chief hat for a second, Mike George says it would make sense that Amazon (AMZN) enters the mall by turning once occupied department stores into massive fulfillment centers. “I think it is too early to speculate on that specific move, but it’s a wonderful reflection […]

Donning his National Retail Federation chief hat for a second, Mike George says it would make sense that Amazon (AMZN) enters the mall by turning once occupied department stores into massive fulfillment centers.

“I think it is too early to speculate on that specific move, but it’s a wonderful reflection of this innovative industry,” George — whose full-time job is that of CEO of QVC/HSN owner Qurate Retail — told Yahoo Finance’s The First Trade.

But speculation has commenced in full force this week that Amazon will soon be the next generation mall’s primary anchor tenant.

Amazon is in talks with Simon Property Group — the biggest mall owner in the U.S. — to convert current or former Sears and J.C. Penney stores into monstrous distribution centers, The Wall Street Journal reports. Sources have told Yahoo Finance in recent months that Amazon has had teams on the ground at J.C. Penney’s headquarters in Plano, Texas studying some form of deal with the now bankrupt department store.

Amazon didn’t immediately return Yahoo Finance’s request for comment. The always colorful CEO of Simon Property Group David Simon was tight-lipped about a deal with Amazon during an earnings call on Monday. But, he didn’t flat out say that a deal is not in the works.

“Well, I’m really not in any position to respond to market rumors or speculation. So, that’s really with respect to that. I mean, generally, I’d say, the important thing going on that we’re seeing is that more and more retailers are distributing their e-commerce orders from their stores. And so, they’re fulfilling from their stores and they’re also — the curbside pickup or all sorts of fulfillment options are available. That’s a good trend long-term for us. But beyond that, I don’t want to get into logistics or any kind of speculation really around JCPenney and/or Amazon, and we should leave it at there,” Simon told analysts.

But at the end of the day, a tie-up between Amazon and Simon makes all sorts of sense. For Amazon, it could get access to prime real estate on the cheap in a bid to speed up last-mile deliveries and reduce shipping costs. For Simon Property Group, it could get a true long-term anchor in its malls that it won’t have to worry about paying on time…or going bankrupt.

As for Qurate Retail CEO George, he doesn’t need either Amazon or Simon Property. His business is close to firing on all cylinders during the coronavirus pandemic as people stay home and order online or from watching the TV channel.

Qurate Retail saw a 60% increase, or 2 million improvement in new customers for the second quarter. Demand was strong in gourmet food, home furnishings and electronics. The stock is up 37% year-to-date, outperforming the S&P 500’s 4% gain. 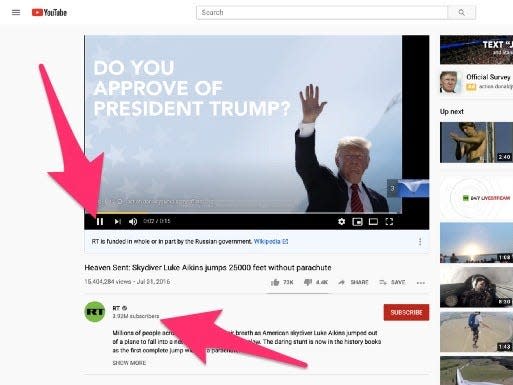