An Amazon worker delivers packages amid the coronavirus disease (COVID-19) outbreak in Denver, Colorado, U.S., April 22, 2020. Kevin Mohatt | Reuters Amazon is pushing holiday shoppers to retrieve their own packages from brick-and-mortar retail locations and neighborhood “hubs,” as it braces for a surge in online orders. The company […]

Amazon is pushing holiday shoppers to retrieve their own packages from brick-and-mortar retail locations and neighborhood “hubs,” as it braces for a surge in online orders.

The company said in a statement Monday that Amazon shoppers nationwide can now get their gifts delivered to one of its physical bookstores, called Amazon Books, or an Amazon 4-star location.

Amazon also highlighted its network of contactless pickup points, referred to as Amazon Hub, as an “alternative delivery location” for holiday orders. Hub locations are self-service kiosks and manned pickup counters, located inside or near local shops, as well as in residential apartment buildings.

Amazon said it was offering shoppers new ways to pick up their packages as a means of keeping their holiday season “spoiler free.”

“This year many customers and their families are opting to stay home so the challenge of keeping those special gifts under wraps from family, friends or loved ones is going to be greater than ever,” John Felton, vice president of Amazon’s global delivery services, said in a statement.

But it could also benefit Amazon in other ways. By pushing shoppers to have their orders sent to Hubs and brick-and-mortar stores, Amazon can cut down on the number of last-mile delivery trips that are necessary. The last mile is an especially labor-intensive and expensive step in the delivery process.

To that end, Amazon also pointed shoppers to its “Amazon Day” delivery option, which allows them to pick a day of the week to receive all of their orders, cutting down on the number of boxes and deliveries. It reduces the number of trips Amazon has to make to a single address.

Amazon will likely need all the help it can get when it comes to deliveries this holiday season. For months, large shippers such as FedEx and UPS have been warning of a potential capacity shortfall, as the pandemic-induced surge of online shopping, coupled with the holiday peak, leaves them struggling to keep up.

Online sales this holiday season are expected to spike 33% year over year to a record $189 billion, according to Adobe Analytics.

Amazon said it has increased transportation capacity, staffed up its warehouses significantly and put more selection in fulfillment centers closer to customers.

“We deliver for our customers every day and we’ll continue to do so this holiday season,” an Amazon spokesperson said in a statement.

Amazon is also managing tight capacity inside its warehouses after experiencing months of peak online ordering activity due to the pandemic. The company encouraged consumers to start their holiday shopping early in anticipation of the delivery crunch. Amazon kicked off its holiday deal season in late October, a month earlier than usual, following a delayed Prime Day.

Other retailers have followed suit. Walmart and Home Depot nixed one-day store events in favor of rolling out deals over several days.

15 of Your Favorite Companies That Have Gone Out of Business

Mon Nov 23 , 2020
Blockbuster store going out of business Even prior to the coronavirus pandemic, how we shop — and where — had drastically changed over the years. Gone are the days when we would spend hours perusing the local mall or finding a cozy nook at a bookstore to flip through a […] 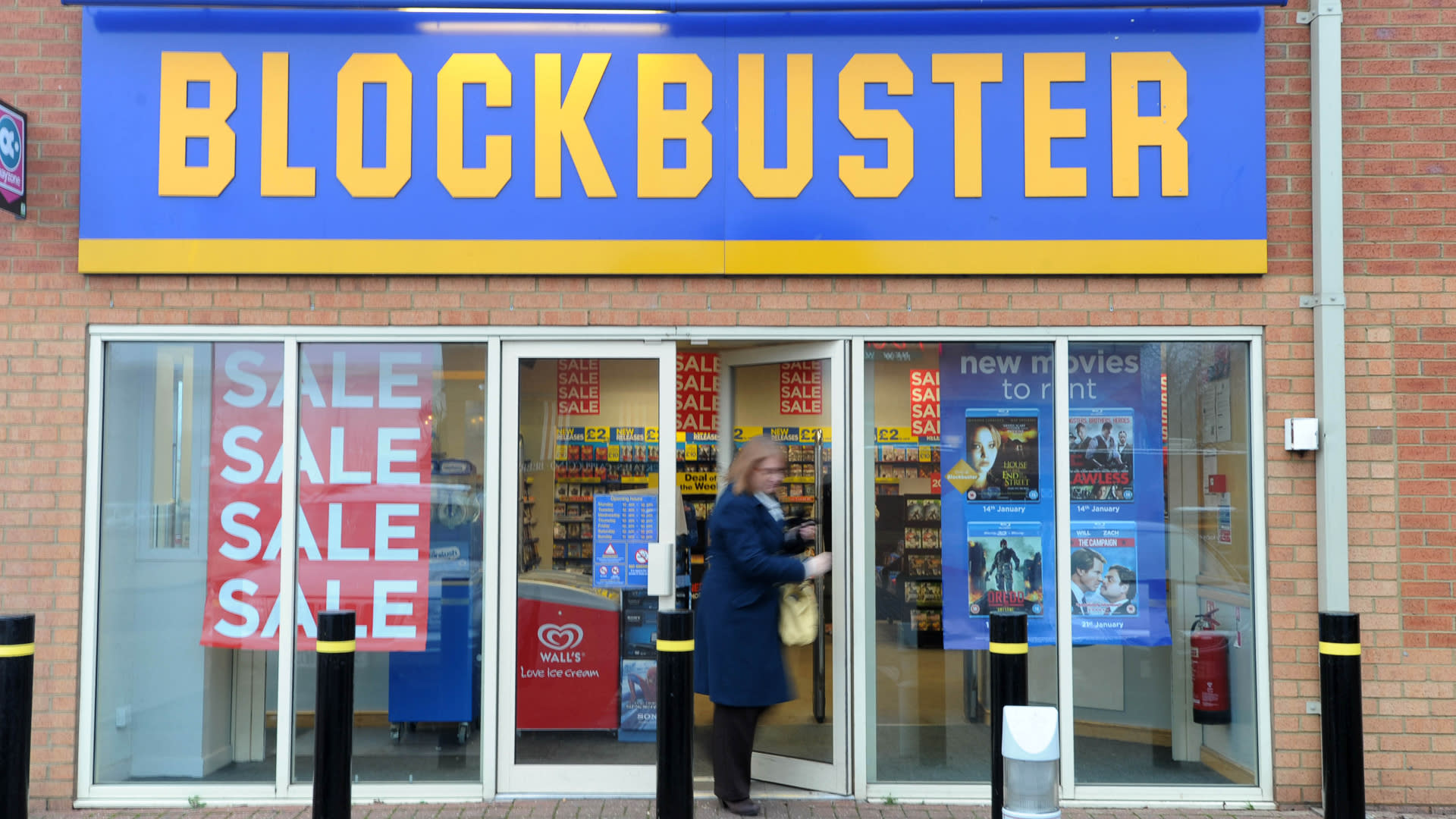