Photograph: Charles Krupa/AP If you are an international student planning to study in the United States this fall and your classes are online, you might want to prepare yourself. Unlike students who are American citizens, you won’t get to resume your classes. You are looking at losing your legal status […]

On Monday, US Immigration and Customs Enforcement (Ice) issued new rules to all educational institutions in the country. The new rules mandate that international students on F-1 and M-1 visas who are currently in their home countries will be denied entry into the US if their universities go online in the fall semester – as Harvard University, for instance, plans to do. Students who are already inside the US whose universities go online will also lose their immigration status unless they can immediately secure admission at another program with in-person instruction. If they can’t, they will be deported.

It’s hard not to view the new rules, soon to be published in the Federal Register, as an attempt by the Trump administration to exploit a global public health pandemic for racist and xenophobic political ends. Many of the students affected are people of color.

The rule change appears to serve two of Trump’s political objectives, both paranoid talking points for his base

Ice has not given a clear or persuasive explanation for the rule change. It appears to serve two of Trump’s political objectives, both paranoid talking points for his base. One is to limit legal immigration of “non-white” races to the US. The second is to force businesses to physically reopen to publicize a false sense of normalcy in the midst of a massive public health crisis.

Related: ‘A matter of life and death’: a top immigrant advocate on the US election

Part of the reason for these new Ice rules may be to force colleges and universities to reopen with the same indecent haste with which the Trump administration has pushed American businesses to reopen. In this view, educational institutions are businesses, and the restrictions placed on student visas force the hand of these businesses. While educational institutions thoughtfully try to plan for the fall semester with CDC mandated social distancing, disinfecting, testing, contact tracing, and by distributing personal protective equipment to students, staff and faculty, the president has been tweeting in capital letters: “SCHOOLS MUST OPEN IN THE FALL.” The threat to evict international students from our campuses appears to be an attempt to financially blackmail universities already poised on the edge of precarity brought about by the pandemic, as well as an attempt to exploit the pandemic to kick non-white immigrants out of the country.

Education should not be used to exclude and disenfranchise students. These extreme F-1/M-1 visa restrictions are an act of blatant educational discrimination. There should be no difference between a citizen student and an international student. The absence of either is of imminent concern.

Thu Jul 9 , 2020
Years of marriage will hone a spouse’s instincts, and we often know when something seems funny. Smartphones, tablets, computers, and smart tech absorb adulterous evidence like a sponge. Once suspicions are aroused, a digital trail could contain many clues about a potential dalliance. When looking for evidence of a cheater, […] 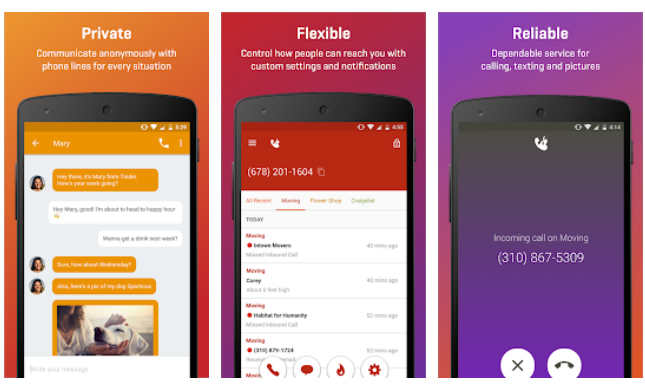