Now, it’s Jesse’s turn to help by doing the one thing he likes most: making saves. WESTBOROUGH — Jesse Rich wants to make a lot of saves this year. That’s because the 12-year-old ice hockey goalie from Sudbury is stopping pucks for a good cause. From Sept. 15 to Dec. […]

Now, it’s Jesse’s turn to help by doing the one thing he likes most: making saves.

WESTBOROUGH — Jesse Rich wants to make a lot of saves this year.

That’s because the 12-year-old ice hockey goalie from Sudbury is stopping pucks for a good cause.

From Sept. 15 to Dec. 15, Rich, who plays netminder for two club hockey teams, is asking people to donate money for each save he makes. Those funds will go to the family of former Lincoln-Sudbury athletic trainer, Yoshitaka Ando, who died from esophageal cancer last year, in order to raise enough money to send all four of Ando’s children to college.

“I want to give back to Ando and his family in the same way he gave to my community,” wrote Rich in an online pledge last month.

“(My dad) would appreciate it so much,” said Marcus Ando, one of Ando’s three sons and a sophomore at Lincoln-Sudbury. “I think it’s a great thing.”

Rich will celebrate his bar mitzvah on May 8, 2021. As part of the religious ceremony, he wanted to give back to his community.

PHOTOS: A few pictures of Jesse Rich and Yoshitaka Ando

Finishing up a story on a Sudbury 12-year-old named Jesse Rich. He’s raising $ for the kids of former L-S athletic trainer Yoshitaka Ando, who died from cancer. Rich is taking donations for each of his saves as a hockey goalie & that $ goes towards the college fund of Ando’s 4 kids.pic.twitter.com/D6KO2IuDLr

“Ando was a big part of L-S’s community,” said Rich, a seventh grader at Curtis Middle School in Sudbury, while sitting outside the rinks at NorthStar Ice Sports. “Everybody knows Ando.”

“It’s so hard to put into words. I was amazed,” said Ando’s wife, Cheri, about Rich’s pledge. “We don’t really know Jesse, we know his brother. I was kind of shocked, I guess, but not truly surprised because the L-S community has supported us so much.

“I can’t tell you how grateful I am.”

On May 11, 2019, Rich played in multiple games for two lacrosse teams as a goalie in a youth tournament over at Lincoln-Sudbury Regional High School. In order for the then-fifth grader to make his games on time, Ando, wearing his stylish straw hat while driving his renowned green John Deere Gator cart, schlepped Rich around from game-to-game.

It is a memory that Rich’s two older brothers, Evan and Jesse, as well as hundreds of former and current athletes at L-S, can relate to. And the latter is impressed by his younger brother’s initiative called ‘Ando Saves.’

LISTEN: Two of Yoshitaka Ando’s sons reflect on what their dad meant to them

“I think it’s a great thing that he’s doing. Jesse’s always been a really good kid and super nice to others; I’ve always noticed that,” said Jacob, who is 16. “Ando was the person you could talk to, whenever, for advice or help with injuries. He was always there to help.”

Now, it’s Jesse’s turn to help by doing the one thing he likes most: making saves.

“As a hockey coach, you want to teach them sportsmanship and hard work,” said Jack Harwich, Rich’s coach with the NorthStars Hockey Club. “But in the end, you want them to be a helpful part of society. This (pledge) shows a maturity process.”

Pledgers can donate money based off of how many saves Rich makes or give a flat donation. Either way, Jesse Rich is happy to give back to the family of Yoshitaka Ando.

“I’m fortunate enough to have school and stuff paid for,” Rich said. “They have four kids and they have only one working parent.”

“My husband was so proud and we always tried to do things for others and it’s hard to accept people doing nice things for us,” Cheri Ando said. “(My husband) was very humble. … But we just appreciate anything anyone does to help us out. Especially for the kids’ colleges.”

Tommy Cassell is a senior multimedia journalist for the Daily News. He can be reached at [email protected] Follow him on Twitter @tommycassell44.

Sat Oct 17 , 2020
The privately owned company, founded in 1995, makes software that has been powering many a game night across America and several European countries, especially as more people stay home during the ongoing pandemic. Families can gather in front of a TV and use their phones as controllers to input witty […] 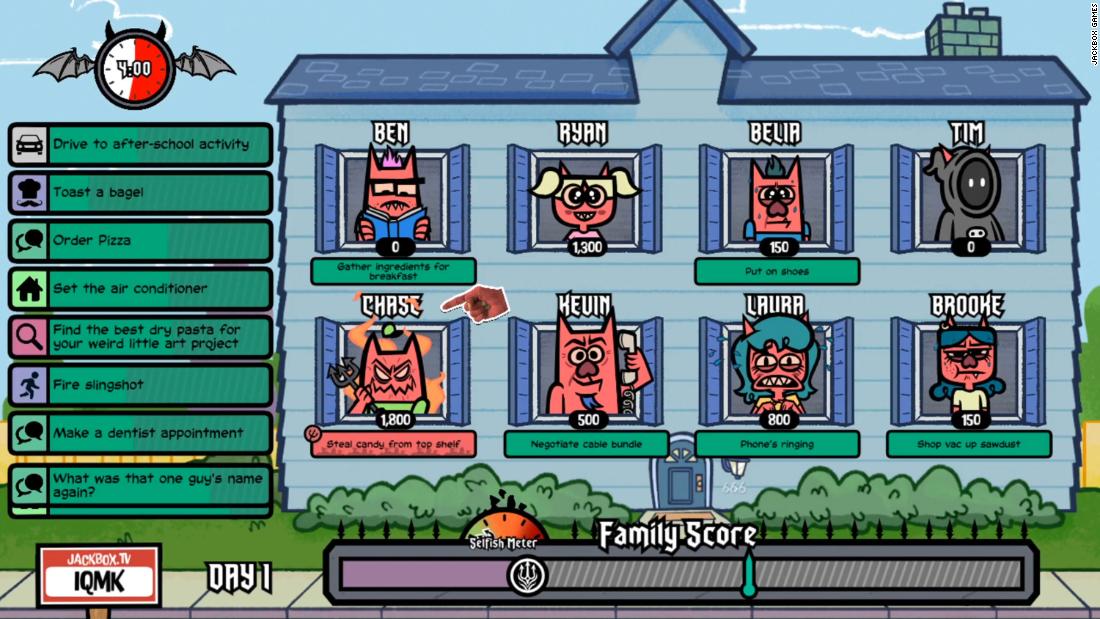