Lufax Holding (NYSE:LU), one of the largest fintechs in China and a competitor to Alibaba‘s Ant Group, began trading on the New York Stock Exchange on Oct. 30 after raising $2.36 billion in one of 2020’s biggest IPOs. Here are three important things investors should know about the company now. […]

Lufax Holding (NYSE:LU), one of the largest fintechs in China and a competitor to Alibaba‘s Ant Group, began trading on the New York Stock Exchange on Oct. 30 after raising $2.36 billion in one of 2020’s biggest IPOs.

Here are three important things investors should know about the company now.

Founded in 2011, Lufax has the backing of Ping An Insurance Group, one of the largest financial service conglomerates in China with businesses spanning across life and general insurance, banking, healthcare, and more. Post-IPO, Ping An owns almost 39% of Lufax.

In 2019, Lufax made 13.3 billion yuan ($1.9 billion) in net profit on 47.8 billion yuan ($6.8 billion) in revenue. Over 80% of its revenue are fees generated by connecting consumers with loans from funding partners, a group comprised of banks and investors. It also links customers with an extensive range of wealth management products provided by third parties such as asset management firms. Combined, these two businesses — also categorized as “technology platform services” — make up almost 90% of sales.

There are a few aspects of Lufax’s business model that investors should know.

To start with, the fintech operates an “asset-light” model, which means funding partners fund the bulk of loans issued on Lufax’s platform. In the first half of 2020, partners funded 99.3% of new loans originated via the company’s platform. The same applies to its wealth management business, where it’s the middle man between investors and product providers.

Another interesting thing to know about Lufax is that it positions itself as an offline-to-online crossover, providing customers with the best of both worlds. This is very different from other fintech players such as Ant Group which mainly operates online. For example, while Lufax processes all loan applications online, it has 56,000 agents across  China meeting up with borrowers on a face-to-face basis.

These on-the-ground consultations help Lufax understand its clients better — many who are wealthy borrowers with properties and financial assets — which allows it to issue bigger ticket and longer-term loans. Comparatively, its peer Ant focuses mainly on issuing high volume, small-ticket loans that are shorter term in nature. Though Lufax’s approach is costlier, these large-size loans are more profitable to underwrite.

Another advantage that Lufax has over its competitors is access to proprietary credit and financial data from Ping An’s ecosystem, which helps it better understand customer risks. Together with its highly automated, AI-driven loan facilitation process, it can underwrite loans in just 20 minutes — compared to days or weeks at a traditional bank.

Lufax is a leading fintech in the online credit facilitation and online wealth management business, ranking second and third, respectively, in the industries. According to its IPO prospectus, these two industries could grow at a double-digit compound annual growth rate (CAGR) between 2019 and 2024.

As one of the leading fintech players, Lufax is well positioned to ride on these tailwinds. In fact, it has historically performed better than the industry. For example, its loan balances rose at a 27% CAGR between 2017 and 2019, compared to the industry’s 14% CAGR between 2014 and 2019. Despite the double-digit growth, Lufax’s delinquency rates have remained below 0.7% for collateral-backed loans, and below 1.9% for loans with no collateral. It now has 13.4 million borrowers, up from 7.5 million three years ago.

Like other online lending platforms in China, Lufax faces several risks. Changes in China’s regulatory environment may disrupt the growth of online lending companies, hurting its prospects. It also faces off competition from popular online finance platforms backed by the likes of Ant Group and Tencent Holdings.

Still, these risks are not new to the company, and it has delivered good growth irrespective of the challenges: for perspective, revenue grew 72%  between 2017 and 2019. In other words, Lufax can carve a niche for itself in this massive industry.

Fri Nov 13 , 2020
Suze Orman’s 12 rules for holiday shopping Even during an unusual year (to say the least), the runup to the holidays is looking familiar: Your inbox is bursting with online holiday deals, while your bank account is looking empty. Maybe more empty than usual, thanks to the COVID economy. Meanwhile, […] 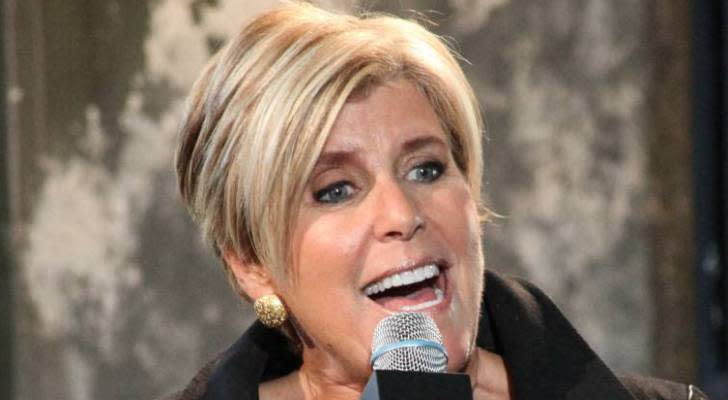