The Trump administration’s Justice Department and the attorneys general from almost every state have spent the past year laying the groundwork for an antitrust lawsuit against Google, with a decision on filing the case expected to come this summer. But now it’s Labor Day weekend, and disagreements between the department […]

The Trump administration’s Justice Department and the attorneys general from almost every state have spent the past year laying the groundwork for an antitrust lawsuit against Google, with a decision on filing the case expected to come this summer.

But now it’s Labor Day weekend, and disagreements between the department and mostly Democratic AGs are holding up the launch of what would be the biggest antitrust battle in a generation, seven people involved in the discussions told POLITICO.

Meetings in the coming weeks could resolve the impasse, which include questions about what aspects of Google’s empire to target, the people said. Another crucial dispute is whether to push to file the suit before Election Day — assuring it as a legacy for Attorney General William Barr — or risk leaving the case’s future in the hands of a Biden administration.

Widespread consensus still exists between Barr’s department and dozens of AGs of both parties that they have a strong case against Google, whose command of both the online search and digital ad markets has brought complaints from competitors in industries such as advertising, tech and media. But the closeness to the Nov. 3 election has heightened the partisan dimensions of the disputes, including qualms about President Donald Trump’s anti-tech agenda and doubts about Joe Biden’s past closeness with Silicon Valley.

That’s all on top of the questions of legal strategy that prosecutors need to answer before they can pull the trigger.

“This is a massive case and there will be a massive amount of hand-wringing and jockeying as we get closer,” someone close to the antitrust probe said Friday.

“This could be the case of the century, the case of the decade,” another person familiar with the case said. “I can see why there would be some legitimate, tough discussions among people who are serious about the odds of winning.”

The Justice Department and Google declined to comment. The seven people who spoke to POLITICO about the progress of the case declined to speak on the record while discussing the confidential deliberations.

The case’s fate could become clearer in the coming days, as the states are expected to make a pitch to the Justice Department on their preferred approach to the lawsuit. After that, if the department decides to push ahead, it would finalize a complaint before sending it to the states, which would have seven to 10 days to determine whether they want to join.

If they do, the result could be a unified, bipartisan legal assault against one of America’s largest, wealthiest corporations.

The New York Times reported Thursday that Barr has set a Sept. 30 deadline for the case over the objections of some career staff who believed that the investigation needs more time. Barr told The Wall Street Journal in March that he hoped “decision time” would come by “early summer,” although the pandemic later helped slow progress by forcing a switch to working online.

Under Barr, a former top lawyer for Verizon who was highly involved in that company’s antitrust skirmishes, DOJ has made the Google investigation one of its highest priorities, spending the past 15 months delving into the tech giant’s control over search, mobile and the technology underlying much of the advertising that funds the open web. A coalition of 48 states, plus Washington, D.C., and Puerto Rico, started its own investigation in September 2019, initially focused on advertising technology but later expanding to cover other areas of Google’s business.

During a July meeting with dozens of state AG offices, Justice Department prosecutors outlined an antitrust case that would focus on the company’s dominance in online advertising and search, three people familiar with the deliberations told POLITICO.

But cracks have emerged since then on both the timing and substance of the case, the seven individuals said. They said Barr and some of the lead Republican AGs are pushing to file the case before the November election — among other reasons, so that it would survive if a more Silicon Valley-friendly Biden administration takes office next year. Meanwhile, other AGs are pressing to continue the investigation, which could delay the suit’s launch until after the election and insulate it from any appearance of being driven by Trump’s personal agenda.

Everyone involved in the debate largely agrees on the need to bring an antitrust suit against Google, and DOJ could opt to file the suit without any help from the attorneys general. But involvement by major Democratic-run states such as New York would achieve an important goal for the case’s supporters — making it clear that bipartisan support exists for taking on a $1 trillion tech company that has largely escaped changes to its business despite nearly $9 billion in European antitrust penalties.

One of the biggest questions: What parts of Google’s business to sue?

Ad technology may present the easier antitrust case because Google commands such a large share of the $162.3 billion global market for online display advertising. But some Democratic attorneys general believe that a case largely focused on advertising would be too narrow — that suing Google without going after search would be like suing Standard Oil without focusing on oil. (John D. Rockefeller’s Standard Oil became the United States’ first major antitrust breakup in 1911.)

The states have continued gathering information over the summer, sending out document requests to Google’s rivals and other companies involved in the probe as recently as last week.

Colorado Attorney General Philip Weiser — an Obama-era DOJ antitrust official — has taken the lead for the states on search issues, and in January brought on Jonathan Sallet, who served in key roles at the Federal Communications Commission and Justice Department under Barack Obama, to take a lead role in the Google case.

Top DOJ officials and some Republican attorneys general fear that any delays in filing the suit will be to Google’s advantage, since technology markets can change quickly while antitrust suits tend to drag on for years. (The antitrust case that the U.S. filed against IBM in 1969 took 13 years before the Reagan administration ultimately dismissed it.) And filing now wouldn’t prevent prosecutors from later amending the suit to include additional antitrust claims, or pursuing a second suit against Google, several of the people noted.

What would Biden do?

If a suit isn’t filed before Election Day and Biden wins, the president-elect would be within his rights to ask the Justice Department to not go to court until after his appointees are in place, which would delay that at least six to nine months, one individual said.

Weiser and New York state Attorney General Tish James are among those who are viewed as potential nominees for a Biden Justice Department, which could ultimately take credit for an eventual Google suit.

Biden also has not spelled out his view on tech and antitrust. Some progressive Democrats fear that Biden would rely on the former Obama administration antitrust enforcers who largely declined to take action against Silicon Valley giants like Google, which emerged unscathed in 2013 from a two-year probe by the Federal Trade Commission.

That means some antitrust hawks would rather hand the lawsuit to Biden as a fait accompli.

“You want Biden to have to kill the case, not to have to make the decision to bring the case,” said Matt Stoller, director of research at the American Economic Liberties Project, who supports a Google antitrust suit but isn’t involved in the probe.

Doubts about Trump and Barr

Some career staff at the Justice Department have also expressed concerns about filing a complaint so close to the election, given Trump’s repeated focus on alleged anti-conservative bias by the tech giants, two other individuals said.

DOJ career staffers also are wary because of alleged politicization of other antitrust probes by Barr. Earlier this year, John Elias, a career antitrust staffer, testified before a House Judiciary panel that Barr had ordered investigations into 10 marijuana mergers because of animus towards the industry. The DOJ’s internal misconduct office found that Barr’s request didn’t violate agency rules, though Elias and at least one other staffer have reported their concerns about the attorney general to the department’s inspector general.

Toward the beginning of the year, the Justice Department moved dozens of prosecutors onto the Google case from other investigations that were less time-sensitive. At one time, between 30 and 40 DOJ staffers were involved in part of the probe and helping with interviews and document requests, according to two people close to the investigation. Later in the summer, the department slimmed that team to about 20, while the others transitioned back to their previous work.

How to manage stress as a developer

Sat Sep 5 , 2020
So you’re interested in Growth Quarters? Then join our online event, TNW2020, where you’ll hear how the most successful founders kickstarted and grew their companies. I was describing, in the first article of this series about stress, one of my panic attacks when I was working at my first job […] 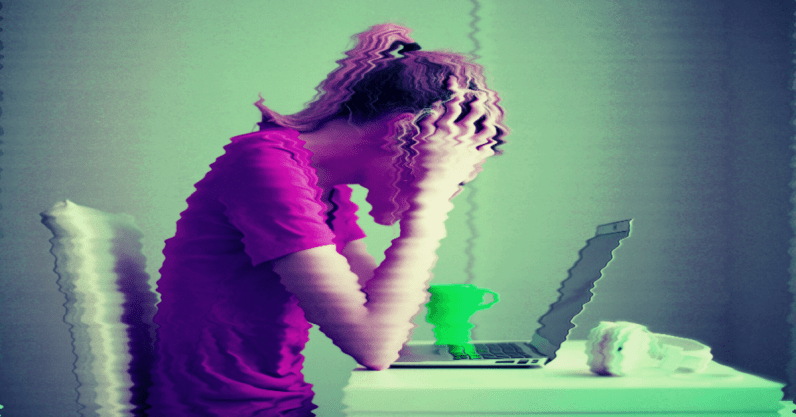