(Bloomberg) — It’s the hottest fintech in the world and it’s poised to go public in the coming months, unlocking vast riches for early investors and employees. Ant Group, the online payment provider backed by Alibaba Group Holding Ltd. filed the prospectus for its initial public offering Tuesday, unveiling some […]

(Bloomberg) — It’s the hottest fintech in the world and it’s poised to go public in the coming months, unlocking vast riches for early investors and employees.

Ant Group, the online payment provider backed by Alibaba Group Holding Ltd. filed the prospectus for its initial public offering Tuesday, unveiling some of the people who stand to win big from the listing.

The obvious one is Jack Ma, whose stake in Ant will be worth $25 billion if it achieves the $225 billion valuation people familiar with the matter have said it’s targeting. That could catapult him to among the world’s 10 richest people.

Ant Chairman Eric Jing’s fortune will swell to $2.9 billion, and another 17 current and former Alibaba and Ant executives will join the ranks of billionaires, based on the ownership structure described in the prospectus.

An Ant representative declined to comment on the calculations.

Most of the billionaires, whose combined stake is valued at $57.9 billion, are part of the Alibaba Partnership, an elite 36-person group set up a decade ago to encourage collaboration within the e-commerce giant, override bureaucracy and, crucially, determine the annual cash bonuses for all members of management. It now comprises Alibaba and Ant management members, including Ma, Alibaba Chairman Daniel Zhang and Lucy Peng Lei, a director at Ant.

Alibaba itself is the largest holder of the financial-services firm, with a 33% stake. The remaining portion belongs to 29 other shareholders, including those that have invested in Ant over the years. Ma is the ultimate controller of the group, according to the prospectus.

The limited partnership structure allows the general partner — in this case, Yunbo, which Ma controls — to exercise the entire voting power, regardless of the number of limited partners, according to Stephen Chan, a partner at Dechert LLP, an international law firm in Hong Kong that specializes in corporate finance.

Ma, however, has pledged to donate the economic interests of 611 million underlying Ant shares to charitable organizations and will lower his ownership to no more than 8.8%, as per the IPO prospectus and previous Alibaba filings.

Many tech startups lure employees with stock incentives that become lucrative when the company successfully completes an IPO. The Ant prospectus showed Junhan has granted share-based awards tied to Ant’s valuation to employees since March 2014, including to some new recruits and to reward performance of top performers.

“Share-based incentives are fairly common for tech companies,” Dechert’s Chan said. “Equity could be used instead of cash to incentivize and attract the necessary talent.”

While some questions remain around Ant’s ownership, one thing’s for sure: More Alibaba and Ant employees will become what could be characterized as “financially free.”

Here’s the list of the 19 billionaires uncovered in the IPO prospectus, based on the $225 billion targeted valuation and the current ownership structure:

(Updates to add details about Alibaba Partnership in sixth paragraph)

bloomberg.com” data-reactid=”50″>For more articles like this, please visit us at bloomberg.com

What is DeFi and why is it the hottest ticket in cryptocurrencies? 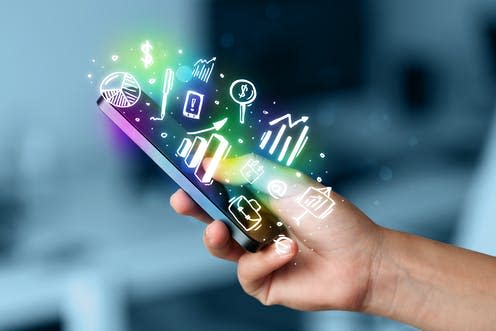