WASHINGTON — The coronavirus pandemic has thrust many Americans into the role of caring for an older or disabled loved one for the first time, a new poll finds. And caregivers on the whole say they’re encountering unexpected risks and demands as a result of the virus, requiring greater time […]

WASHINGTON — The coronavirus pandemic has thrust many Americans into the role of caring for an older or disabled loved one for the first time, a new poll finds.

And caregivers on the whole say they’re encountering unexpected risks and demands as a result of the virus, requiring greater time and effort. Still, they’re more worried about the relatives and friends they are helping than about themselves.

The Associated Press-NORC Center for Public Affairs Research poll finds that 17% of Americans say they are providing ongoing caregiving, part of an informal volunteer corps. About 1 in 10 caregivers has begun since the virus outbreak, and about half of those say they are providing care specifically because of the pandemic.

For Chad Reese, of Canton, Ohio, caregiving has coincided with the pandemic. His mother-in-law moved in with his family shortly before the outbreak as she was being treated for advanced breast cancer. “It was a natural thing for us to do,” said Reese, technology director for a museum.

What didn’t feel quite right is that they couldn’t accompany his mother-in-law to cancer treatments because of coronavirus protocols. “A lot of things were lost in translation,” said Reese. “One of us has to stay in the car. That’s still going on to this day.”

The poll finds that 1 in 20 caregivers has provided care to someone infected with COVID-19. When unpacked, that number reveals some social disparities. While 11% of nonwhite caregivers say they’ve cared for someone who got infected, just 2% of white caregivers have. Part of an ongoing series, the survey was funded by The SCAN Foundation, a nonprofit focused on quality-of-life issues for elders.

The fear of unwittingly passing on the virus has become a major preoccupation for caregivers. In the poll, 44% were extremely or very concerned about risks to the person they care for, versus 28% who said the same about their own risks.

“I stay awake at night and toss and turn,” said Seth Peters, a university associate professor in Utah. He’s a one-man logistics operation for his 78-year-old widowed mother, who lives alone in her own home, more cloistered than ever because of the virus. In the rest of his life, Peters has interaction with college students, and his two young kids are themselves in school.

When he goes to see his mother, “she is even afraid to let me pet the dog,” said Peters.

“I don’t even know if that is possible, to give it to the dog,” he added, referring to the virus.

Nora Voytko, who lives near Austin, Texas, helps care for her adult son-in-law, who is disabled due to muscular dystrophy, a genetic disease that causes progressive weakness and loss of muscle. The disease has also compromised his breathing.

After the outbreak began, the family suspended in-home physical therapy treatments. The poll found that 28% of current caregivers had previously employed someone to provide in-home care but had canceled it as a result of the outbreak.

Voytko’s daughter has taken on the role of therapist. “Once COVID hit, then the dangers to him were too great for any of us to be exposed to the general public,” said Voytko.

The poll found that caregivers, like others, are increasingly using telehealth as well as ordering supplies and food.

But Aaron Pettry, of Marmet, West Virginia, makes occasional runs to the store. He and his wife care for his mother-in-law in their home, and Pettry said he follows a procedure when he returns home: street clothes in the washing machine.

His mother-in-law is in her 80s, and “we know if she gets it, it could be really bad on her,” he said. The mail gets sprayed with Lysol disinfectant.

William Arnone, CEO of the nonprofit National Academy of Social Insurance, said the poll highlights both increasing stress on caregivers and the lack of a support system for those in the middle class.

“It’s an amazing set of pressures, both physical and emotional,” he said. “The pandemic has exacerbated it, but the aging of the population alone is going to be making things worse.”

One major alternative to in-home care is nursing homes, but their reputation has taken a blow. Nursing homes and long-term care facilities represent roughly 1% of the U.S. population, but they account for about 40% of COVID-19 deaths.

In the poll, 41% said they now have a less favorable opinion of nursing homes than before the virus. Just 10% have a more favorable view.

“I would be very nervous about a communal living situation,” said Paul Frese, who watches over his parents, living on their own in their 80s. “I would much rather that they agree to a caregiver who can come over every day and make sure everything is safe in the house.”

Frese is a retired communications technology specialist from Chicago, and most of his caregiving these days is by remote devices. He has installed a camera system outside his parents’ home to make sure they’re protected against intruders. It also lets him check that they are masked if they leave the house.

But the physical distancing gnaws on him. “I can’t hug them,” said Frese. “I can’t have any of the normal family interactions … and there is only so much time left in all of our lives.”

The AP-NORC poll of 1,893 adults, including 565 current caregivers, was conducted Aug. 27-Sept. 14 with funding from The SCAN Foundation. It uses a sample drawn from NORC’s probability-based AmeriSpeak Panel, which is designed to be representative of the U.S. population. The margin of sampling error for all respondents is plus or minus 3 percentage points. 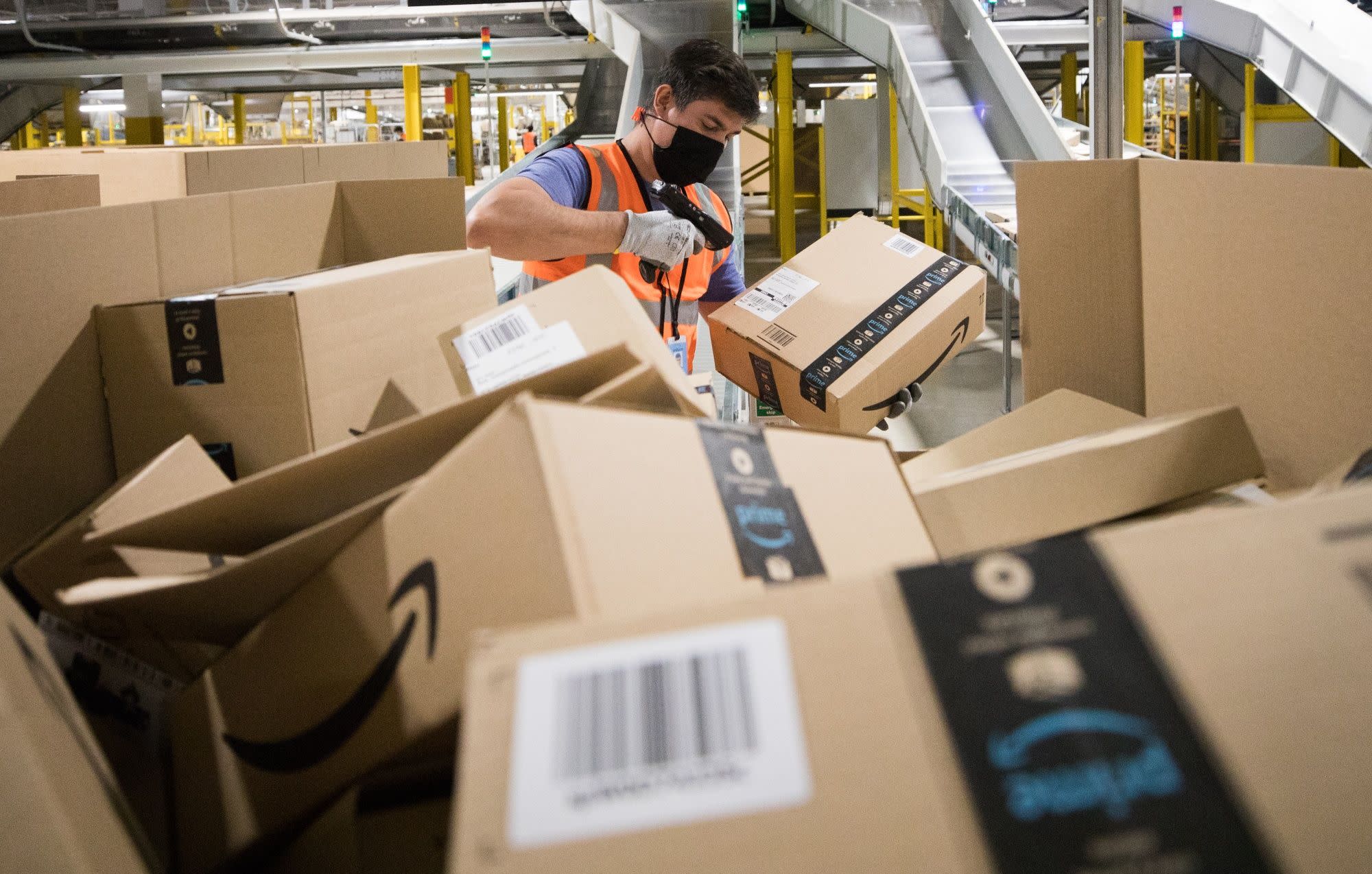