The following is a letter to the editor and does not reflect the views of the Framingham Patch. The Framingham City Council is contemplating a moratorium on the construction of apartment buildings. The discussion has hinged, at least publicly, on the need for more information on the impact of apartments […]

The following is a letter to the editor and does not reflect the views of the Framingham Patch.

The Framingham City Council is contemplating a moratorium on the construction of apartment buildings. The discussion has hinged, at least publicly, on the need for more information on the impact of apartments in Framingham and seems to assume that the apartment projects under construction were approved without any consideration of areas of concern such as traffic and the possible increase of school population. In point of fact, these matters were considered at length during the permitting process and, in some cases, considered again when the developers sought tax increment financing (“TIF”) from the Town of Framingham, prior to the adoption of the City Charter.

In order to maintain a stable tax rate, and to prevent increases in residential property tax rates, a community must have a tax base which includes commercial taxpayers. This includes both small, “Mom and Pop” type businesses as well as large operations such as Staples and Sanofi Genzyme. To attract new and keep existing businesses, workforce housing is a major consideration. Single family housing isn’t always attractive to employees of these companies, so other housing options, such as apartments, must be included in the overall housing mix.

Employers looking to relocate or expand consider housing as a factor in their choice of community, as they can’t attract employees if housing is not available. The absence of a healthy commercial sector increases the tax burden on residential owners. In Downtown Framingham, the addition of foot traffic as a result of the ALTA Union House leasing success (approx. 85% leased) has had the expected result of increasing the retail and restaurant options available, even in the face of the COVID-19 epidemic. The attractiveness of a walkable and interesting central business district is a significant incentive for employers seeking to attract new workers because it makes Framingham more desirable. As the other apartment projects come online, this fledgling renaissance will accelerate, making the Downtown more attractive not just to the expanding workforce, but to existing Framingham residents as well. More people in the Downtown means more food and shopping choices, greater employment opportunities and higher property tax values, which results in more tax dollars for schools, public works and public safety. This couldn’t, and didn’t, happen until apartment construction in the Downtown was encouraged by Town Meeting approval of zoning changes. Restricting apartment development will ensure that these improvements will be stymied, and send a message that Framingham is not serious about reaching its potential.

In addition, the other projects such as the Buckley Apartments on Franklin Street, have taken property which has been, for decades, underutilized and blighted and of no apparent interest to retail users. Thanks to actions taken by (then) Town boards, the City can now reap the benefit of attractive housing which will generate millions of new dollars in tax revenue. These projects provide housing options, not just for people outside the community, but for Framingham residents as well.

A moratorium takes the City back to the days when it was not welcoming to business, suggests that the City of Framingham is not serious about being business friendly, and is in fact an unreliable partner. The Chamber of Commerce has urged the City to decline the City Council’s recommendation of an apartment moratorium for the reasons outlined above. Framingham has long suffered from a reputation for being unfriendly to business. When the Town voted to change its zoning to encourage the construction of new apartments, it took a step toward changing this perception. Consistency and predictability are prime factors in municipal/business interaction, and changing the rules can have the result of making Framingham unattractive to future growth, especially for large employers who have no shortage of suitors for their expansion plans. If the City is serious about attracting business investment, it must listen to the business community when that community says something is a bad idea.

Based on School Department demographic information made public in June, there is no evidence that the new and under-construction apartments are having or will have a significant impact on school populations, and the apartment complexes in the Downtown are specifically marketed to commuters on the trains to Boston and Worcester who will not contribute to traffic congestion in this highly walkable area. Based on all of this information, both the Planning Board and the Economic Development and Industrial Corporation voted against supporting the moratorium measure. Nonetheless, the proposed moratorium marches on.

It must be stated clearly that adoption of the moratorium measure will instantly make Framingham ineligible for a host of federal and state grants, loans and tax credits which are central to any future development, including such programs as the Mass Works Infrastructure Program. The cost of the study itself has been estimated to range from $300,000.00 to $500,000.00. At a time of shrinking state aid and lowered local tax revenue, is this how Framingham taxpayers want the City Council to spend their tax dollars? Especially since most if not all of the information sought was already available to the City through the process by which the project approvals were obtained?

I urge the voters of Framingham to think about these issues, and to tell your City Councilors to reject the moratorium.

This article originally appeared on the Framingham Patch

Emergency Funds: How to Get Started

Thu Jul 30 , 2020
Emergency funds typically fall into one of two broad categories. One is set up to handle unexpected expenses—say, when your car breaks down or your water heater springs a leak. The other is there to provide income if you lose your job. You should have both types, but when it […] 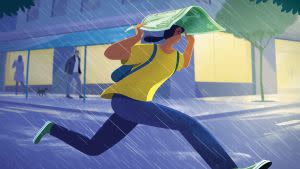