Apple and Google on Thursday pulled video game sensation Fortnite from their mobile app shops after its maker Epic Games released an update that dodges revenue sharing with the tech giants. The latest version of Fortnite contains a payment system that lets player transactions bypass Apple’s App Store and Google’s […]

Apple and Google on Thursday pulled video game sensation Fortnite from their mobile app shops after its maker Epic Games released an update that dodges revenue sharing with the tech giants.

Apple, which does not allow users of its popular devices to download apps from anywhere but its App Store, booted the game from its online marketplace, followed later Thursday by Google.

The game-maker called on a federal judge to order Apple to stop its “anti-competitive conduct” and invalidate the tech giant’s rules requiring app developers to pay the company 30 percent of transactions.

The suit said Epic is not seeking favorable treatment, but is asking the court to order Apple to change its commission structure for all developers.

Apple said Fortnite was pulled after “Epic Games took the unfortunate step of violating the App Store guidelines that are applied equally to every developer and designed to keep the store safe for our users.”

Google followed suit and removed Fortnite from its Play store for mobile devices powered by its Android software.

“For game developers who choose to use the Play Store, we have consistent policies that are fair to developers and keep the store safe for users,” Google said in reply to an AFP inquiry.

Gamers will still be able to play Fortnite on their mobile devices, though Apple users will no longer be able to receive updates because those would need to come through the App Store.

Apple has in recent months come under fire for the tight grip it has on the App Store, with the issue coming up during a heated congressional antitrust hearing last month.

“Apple has become what it once railed against: the behemoth seeking to control markets, block competition, and stifle innovation,” the lawsuit argued.

“Apple is bigger, more powerful, more entrenched, and more pernicious than the monopolists of yesteryear.”

The Silicon Valley colossus has defended its position, saying its commission — which can drop to 15 percent in the second year for subscriptions — helps it keep apps and users safe from hackers and scammers.

“Epic agreed to the App Store terms and guidelines freely and we’re glad they’ve built such a successful business on the App Store,” Apple said.

“The fact that their business interests now lead them to push for a special arrangement does not change the fact that these guidelines create a level playing field for all developers and make the store safe for all users.”

Fortnite has been played by some 350 million people around the world since its release in 2017. Set in a virtual world, players must survive by searching for weapons and resources while eliminating competitors.

It is also a popular e-sports title in which spectators watch expert players compete, in some cases for cash prizes.

Epic is taking a “risky and calculated path” by going after Apple at a time that the App Store is under scrutiny by antitrust regulators, reasoned Wedbush analyst Dan Ives.

“This is a high stakes game of poker being played,” Ives said.

“Apple needs to make sure the Epic challenge, which is timely in light of anti-trust swirls and growing opposition to Big Tech within the Beltway, does not create a ripple impact which developers globally are watching carefully,” Ives said.

watching the world open up for disabled people

Fri Aug 14 , 2020
When lockdown began, chronic illness meant I’d already been stuck at home for a couple of years. It was my own self-isolation before self-isolation was in the lexicon, except with less sourdough. I won’t say I was used to missing the world outside my bedroom because it is never a […] 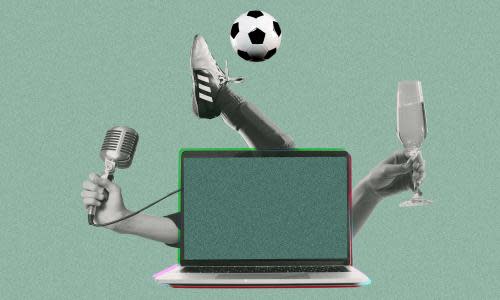