Apple is delaying the rollout of a proposed privacy tweak in iOS 14 that allows users to opt out of ad tracking until early next year. In a statement shared with TechCrunch and The Information, the iPhone maker said it’s doing so “to give developers the time they need to […]

Apple is delaying the rollout of a proposed privacy tweak in iOS 14 that allows users to opt out of ad tracking until early next year.

In a statement shared with TechCrunch and The Information, the iPhone maker said it’s doing so “to give developers the time they need to make the necessary changes.”

The exact date when the policy would be enforced is expected to be announced later.

iOS 14, which is due in a couple of weeks, is all set to make device identifiers (called IDFA or “Identifier for Advertisers”) — a distinct, randomly generated code assigned to every iPhone and iPad — obsolete by requiring that third-party apps seek explicit consent from users before using the unique IDs for tracking their activities across other apps and websites.

But the privacy-centric feature has drawn criticism from advertising companies who say the move would make it harder to deliver targeted ads to users.

The company claimed that blocking ad personalization would cut Audience Network revenue by half or more, and that it would hurt more than 19,000 developers who work with Facebook, many of which are “small businesses that depend on ads to support their livelihood.”

Tracking via the Apple device identifier allows Facebook and other third-party apps to tie an ad campaign to, say, an app download from an ad placed within their apps, thereby allowing advertisers to target users with contextually relevant ads.

Although the IDFA can be manually reset — Firefox’s owner Mozilla notably launched a petition last year urging Apple to automatically reset this identifier on a monthly basis — the ability to opt out of in-app ad tracking and give users more control over third-party apps is doubtless a huge privacy upgrade.

Apple’s decision to place ad-tracking behind an opt-in barrier is easily its most aggressive change yet, but it’s bad news for advertisers, who rely on IDFA to collect user data in order to deliver better ads and track whether users interact with the ads they encounter.

In its place, Apple intends to switch to an alternative ad measurement system, called SKAdNetwork, that makes use of a privacy-safe advertising attribution to let advertisers know which ad campaigns worked without granting them access to granular data or giving away a user’s IDFA.

At the same time, hampering the ability to serve personalized in-app ads to iPhone users has raised concerns that the move would give preferential access to Apple, whose advertising tool will be switched on by default, thus potentially giving it a “platform-level advantage over competitors.”

It’s worth noting that Apple isn’t yet a big contender in online ads business like Facebook or Google (or even Amazon), but it does serve personalized ads in the App Store and on Apple News based on users’ online activities across its own apps.

But the fact that Apple’s ad personalization will be enabled by default in iOS 14, while forcing others to ask for users’ permission, is a sign that further limits other players from operating on its platform unless they opt to give in to their rules.

There’s no doubting the privacy benefits of the change, but it also conveniently sidesteps Apple’s efforts to target users with its own advertising using data collecting from its users’ devices.

Fri Sep 4 , 2020
Zack Smith has created a platform for jobs in the gig economy “I think a lot of folks like myself never even get a chance, because folks don’t answer their phones, or listen to their idea, but put them in a box they shouldn’t be in,” says Zack Smith, the […] 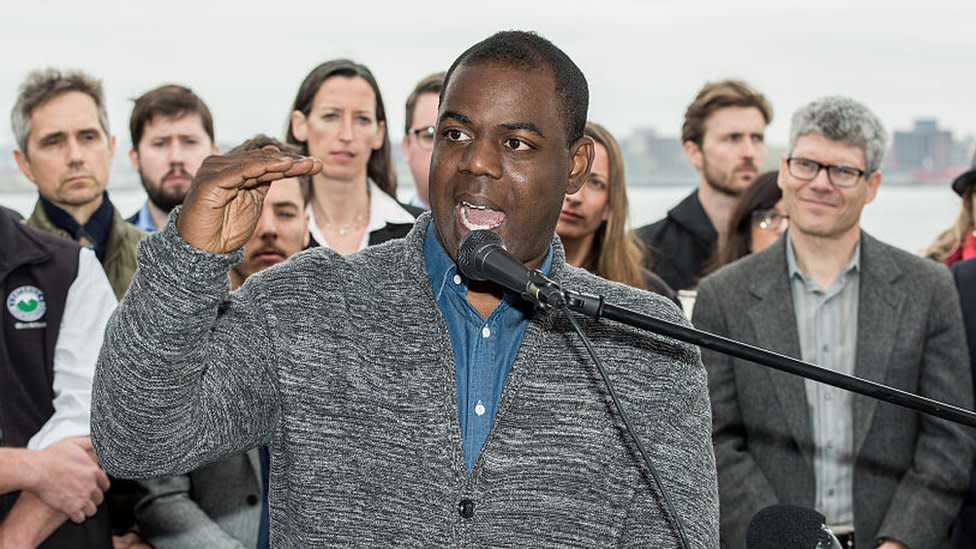