New back-to-school shoes, but no recess to run around. Decorative Zoom backgrounds instead of artwork newly stapled on bulletin boards. Freshly waxed floors with no students to scuff them up.

A new school year like no other begins Tuesday in Los Angeles when some 500,000 students are expected to sign on and show up at a distance — and for many, at a disadvantage — devoid of the traditional in-person joy of seeing friends and teachers.

Campuses are deserted except for a skeleton staff, but some 30,000 teachers from 1,400 schools will fire up their computers from home, virtually beckoning children to participate in online learning as they test their first daily schedule since mid-March, when the COVID-19 pandemic forced campuses to close.

At the time, educators — in L.A. and throughout the state and the nation — abandoned campuses almost overnight, leaving many families without computers or internet for weeks and exacerbating the academic divide that separates those with resources from those with fewer advantages, including low-income Latino and Black families.

“We have had months to prepare for online school in the fall,” said Pedro Noguera, dean at the Rossier School of Education at USC. “The question is: Are we ready? Beyond access to technology and the internet, we will soon see if teachers know how to deliver meaningful instruction to the broad range of students. … We serve large numbers of students with special needs, who are still learning English, and who reside in challenging home environments. The majority of these kids need the support that schools provide. We will soon see if they can provide the support needed remotely.”

Unlike some school systems, L.A. Unified says it has enough computers and internet hot spots for all — but anxieties remain, fueled in part by the loss of familiar fall rituals.

Jordan Powell, 5, has new shoes and expected to wear them on his first walk into kindergarten at Baldwin Hills Elementary. The isolation of the pandemic has been hard; going to school, like for his older brothers, was something he’d been excited about. Instead, he’ll start the school year at home on an iPad.

“The longer we’ve been at this, the tougher it’s been not being around any kids his age and being confined to the house,” said his mother, Tunette Powell.

L.A. Unified will offer a predictable regimen with regular interaction among classmates online. School will start at 9 a.m. and end at 2:15 p.m. — shorter than a traditional day but a change from the spring, when there was no mandated scheduling. Except for independent charter schools, which set their own schedule, this week ramps up gradually for students — with something akin to a schoolwide assembly on Tuesday, a brief meet-the-teacher on Wednesday and regular instruction on Thursday.

Academia Moderna, a charter elementary school in Huntington Park, wants to reinforce the notion of routine. Last week, staff members lent school desks along with computers. They also had backpacks filled with pencils, crayons, notepads and other learning materials. And just to drive the point home, they handed out a free school uniform for use at home.

“She’s not patient and I will have to be in front of her all that time and he will not let me,” she said, referring to a 2-year-old in a stroller. “That’s what I’m afraid about.”

Like everyone else, Isaeva had been greeted cheerfully by Principal Karen Hollis, who wore a mask as well as a face shield and had covered her hair with a bandanna or scarf. She spoke fluent Spanish as needed; other staff members helped parents who spoke Russian, Georgian or Korean.

Byata Dikker, who like her husband is a chef, was concerned about child care.

“I’m having a little bit of struggle,” Dikker said. “We have two businesses that we run. It’s just putting us in a really weird space to not have a resource. Either one of us shuts down the business and stays with the kids, or we pay for child care which is $25 an hour every day.”

School board member Nick Melvoin, who was at Gardner, repeated often that L.A. Unified was working on solutions. Teachers, he noted, will have access to district-provided child care because they are classified as essential workers during the pandemic. Many low-income district parents also are essential workers, and it should soon be feasible to expand free child care for them as well, he predicted.

In East Los Angeles, parent Rebecca Meneses on Monday felt a surge of optimism after she picked up computers, a hot spot and school supplies at First Street Elementary.

Meneses had been touched by annotations left for her daughter, Sabrina, by her soon-to-be kindergarten teacher.

“There were these hand-packed squares and notes on big gray papers in this math journal that the teacher wrote out,” Meneses said. “I know the district has had its problems, but it’s little things like that that make me appreciate the teachers and make me think we’re going to be OK.”

Most of the Monday action in L.A. Unified was via Zoom, in the homes of teachers and administrators who were going through training. Like parents, they had technology issues, too.

A start-of-session video in a training for substitute teachers would not play, so a coordinator switched quickly to calming breathing exercises. They may have helped, but a snap poll still showed that more than half the subs on the Zoom did not feel ready for the new year to begin.

At a Zoom for Marshall High School in Los Feliz, staff members on Monday brainstormed on meeting students’ social and emotional needs.

“A lot of what we picked up on was that kids were basically sleeping in until 2 in the afternoon,” said Emily Dillon, a school psychiatric social worker. “A lot of the kids I talked to said that they were feeling depressed because they could not figure out how to create their own habits and self-care routines.”

The Marshall team discussed setting up help sessions with students. The team also talked about setting aside time to assist parents with the district’s technology platform, called Schoology.

“I don’t think that everyone’s going to be connected,” said Karla Alvarado-Goldberg, another psychiatric social worker.

For teachers at Patrick Henry Middle School in Granada Hills, coordinator Karen Shane got things going with an appropriate greeting: “Welcome back to a new and unusual year.”

As an unintended icebreaker, teachers traded tales of marginal connectivity. Technology teacher Darren Abraham reported that his cable company is so strained that “it doesn’t matter what you’re paying” — service is still slow.

One teacher had to return a dysfunctional hot spot; more hot spots for teachers are on order and should be arriving soon, the assistant principal reported. A couple of teachers experienced technology glitches during the meeting, but others clearly were pros.

Math teacher Kwasi Gee won praise for a Zoom background with a murky black-and-white noirish feel. He declined to explain. Linda Haley’s background put her somewhere in outer space. Devon Woods sat in front of a lovely painting of sunflowers.

Session leader Shane, fresh off a crash course in Schoology, had nearly all the answers but summoned help from colleagues when needed.

Near the end, during a pause, English and history teacher Wendi Davis had something to say: “I miss everyone of you and seeing you every day.”

Officials this year are trying to run all educational activities — within reason — through a common platform to track student work and collect data districtwide. In the spring, educators had limited data on what students accomplished after campuses shut down. Many lacked data on when students had attended online classes.

“My biggest concern is the technology and whether it will handle the load of all of the district students and teachers logging on simultaneously,” said Patrick Henry Principal Maria Elena Rico-Aguilera. “My hope for the coming school year is that teachers can connect and form bonds with students, and students form bonds with peers. Learning cannot happen if we are not meeting students’ social emotional needs.”

In the spring, Joah’s computer never worked, the technician at his school couldn’t fix it and Powell said she was not able to get through on the district’s telephone help line, causing him to miss out on learning.

“There’s a part of me that gave up on the inside at the end of the last school year because I was just so overwhelmed,” she said.

Powell can only hope that the district has developed a learning system that will work, but that won’t solve all her problems.

She works from home in a job that keeps her busy with video meetings throughout the day, yet she’ll also have to help her youngest son navigate kindergarten.

She wants to be hopeful and excited. But it’s not easy.

Tue Aug 18 , 2020
Global supply chains can be disrupted by a number of factors, such as financial crises, trade disputes or — as is the case with the coronavirus — a worldwide pandemic. These disruptions can lead to a shortage of goods, which is what has happened with these 10 items that are […] 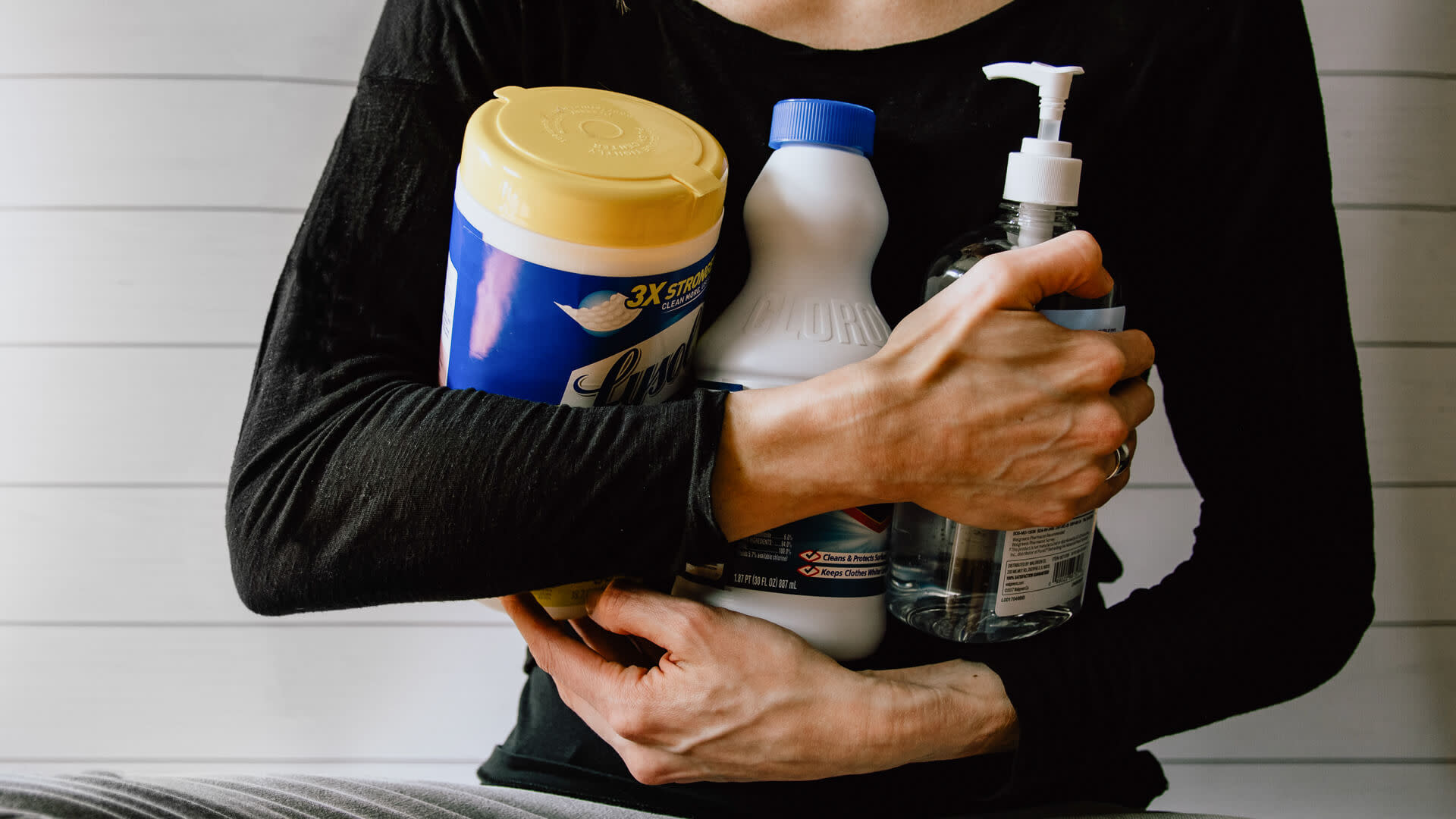