GoFundMe Theresa Michaels, second from left, and her children In early June, Theresa Michaels was preparing to leave on a weekend trip from Arizona to California with her husband and three kids when six detectives showed up at her door. “That’s when they informed me,” she says, “that my husband […]

GoFundMe Theresa Michaels, second from left, and her children

In early June, Theresa Michaels was preparing to leave on a weekend trip from Arizona to California with her husband and three kids when six detectives showed up at her door.

“That’s when they informed me,” she says, “that my husband was plotting to kill me.”

Dallas Michaels, 42, allegedly “wanted to kill his wife because he was engaged in a long term affair and wanted to collect money on her life insurance policy,” according to a statement from Mesa, Arizona, police.

Authorities allege he was trying to obtain fentanyl, a prescription opioid more potent than morphine, with the intent to “poison her drink,” said police.

Investigators say they were tipped to the alleged plot by an unidentified woman who claimed that Dallas mentioned his plan to her several times over six months and wanted the woman’s help to obtain the drug ahead of his family’s California trip, with the goal of “doing it then,” said police.

He was arrested and remains jailed without bond in Maricopa County on charges that include premeditated first-degree murder and use of electronic communications in a drug transaction, PEOPLE confirms. It’s unclear if he has entered a plea and no attorney is listed on his behalf in online jail records.

Want to keep up with the latest crime coverage? Sign up for PEOPLE’s free True Crime newsletter for breaking crime news, ongoing trial coverage and details of intriguing unsolved cases.

“This is the worst kind of betrayal,” Theresa told Phoenix TV stations KTVK/KPHO. “He was so desperate to get me out of the picture.”

She further told the outlets that the woman with whom Dallas was having an affair — who Theresa now knows — was engaged to Dallas without knowing he was married.

“She says that he lied to her, just like he lied to me,” Theresa says.

Officers arrested Dallas after setting up a sting with the aid of the woman from whom he allegedly tried to buy the drug.

According to police, “On June 25, 2020, detectives obtained cell phone texts between Dallas and the female where he confirmed he was going to California on a family trip and was ‘doing it then.’ He again asked for the female to notify him if she came across anything in the next few days. The female called Dallas and the conversation was overheard by detectives. In the conversation, Dallas arranged to purchase fentanyl from the female and being committed to the task for the weekend.”

When arrested, he “admitted to speaking to the female about killing his wife though he insisted he was more interested in killing himself,” according to police. “He stated both he and his wife have life insurance policies and he described the overdosing strategy to avoid suspicion.”

In a GoFundMe post seeking help with relocation costs, Theresa — under her maiden name of Doctors — said the couple was married for eight years, and she carried a $500,00 life insurance policy. She says she is now stuck with the lease on a martial arts studio where Dallas formerly taught that is “completely tarnished,” and facing bankruptcy.

She alleged that Dallas, who also is being held on prior charges of impersonating an officer and extortion, had previously explained to her that he “was trying to find a way to get us out of this financial rut that he put us in,” she told KTVK/KPHO. “He misinformed me about everything. He was a con man.”

“I am in the process of obtaining a divorce by default,” she wrote in her GoFundMe plea. “However, in the meantime, I am struggling to make ends meet with my income alone. I have held a steady job for the past 15 years. I am behind on mortgage payments and have to move. I want to get far away from here.”

Tue Oct 27 , 2020
Katherine Homuth is on a mission to prove Sheertex is unbreakable. In fact, every order of the pantyhose comes with a break-proof test kit. “So customers can kind of go crazy experiencing the strength [of the material] and testing its limits before they wear their pair,” Homuth told WWD.  More […] 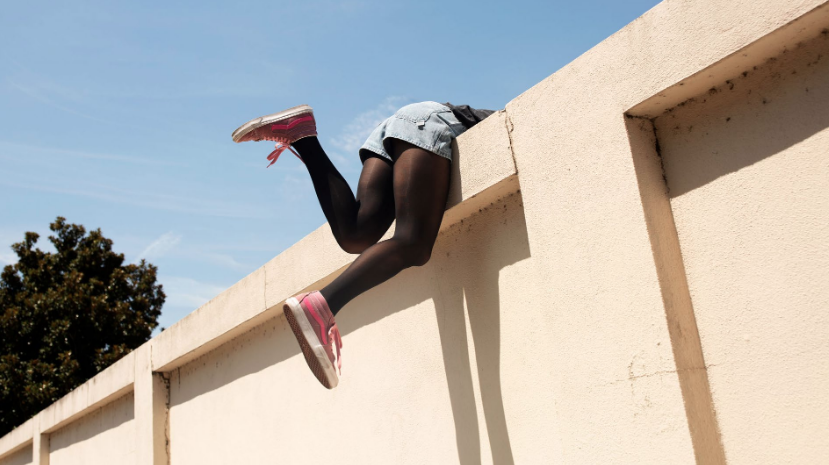