This very miserable year is nearly over, and like most people, I say good riddance! Between political tensions, social unrest, and a worldwide pandemic, 2020 will easily go down as a year to forget. Amazingly, the stock market’s been one of its few bright spots. The S&P 500′s going to […]

This very miserable year is nearly over, and like most people, I say good riddance! Between political tensions, social unrest, and a worldwide pandemic, 2020 will easily go down as a year to forget. Amazingly, the stock market’s been one of its few bright spots. The S&P 500′s going to end the year up on the order of 14%.

Don’t misunderstand though. While the global economy may be in recovery mode, it’s recovering into a different sort of business environment. Consumer-facing companies must offer online shopping options now. Disinfecting is a stand-alone industry. Streaming has become the preferred form of entertainment. And these are just a sampling. Much more has changed.

With these evolutions in mind, here’s a rundown of my top five stock picks for the so-called “new normal” we’ll see firm up in 2021.

It may technically be the world’s biggest retailer, but as of this year, Walmart (NYSE:WMT) is no longer just a mere retailer. It’s become a lifestyle company by finding ways to integrate itself with how people live their lives.

The unveiling of Walmart+ is one example of this paradigm shift, more or less mirroring Amazon‘s Prime subscription service, which offers free, speedy deliveries to its members.

It’s not just Walmart+, however. The retailer is building its own network of surprisingly complete health clinics, not to mention its new health insurance business. The company is also experimenting with technology consulting and installation service akin to Best Buy‘s Geek Squad at the same time it’s rolling out in-store signage and technology that turn a shopper’s smartphone into a digital tour guide.

Walmart even updated its private-label wine selection to include lower-cost options while adding more premium liquors to its product mix.

None of these initiatives directly drive more sales. All of them, however, make it easier for Walmart to draw a post-pandemic crowd.

It may be an oldie at this point, but Alphabet (NASDAQ:GOOG) (NASDAQ:GOOGL) is still a goodie. That’s because its Google remains a perpetual cash cow.

Data from GlobalStats puts things in perspective. As of November, Google handled 92% of the world’s web searches, a proportion that’s been in place for over a decade. The amount of revenue it collects every time a person clicks on one of its ads may be shrinking, but the company more than makes up for it with increasing click volume. Not counting the impact the coronavirus had on the its business in the second quarter of this year, in only one quarter since 2006 has Alphabet’s revenue slipped year over year.

At the same time, despite the progress Apple has made on this front, Alphabet is still the king of the mobile operating system market as well. GlobalStats numbers indicate its Android operating system still powers more than 70% of the world’s smartphones.

The point being, Google is still the web’s biggest tollbooth.

Drugmaker Merck (NYSE:MRK) hasn’t been a key player in the race to create a COVID-19 vaccine. Its MK-7110 treatment may be approved for patients with severe infections, but even so, its current deal with the U.S. government only translated into around $350 million worth of revenue.

Merck was also a modest Moderna shareholder, but sold its stake in early December to cash in on the big gain Moderna shares have logged this year. And its V591 vaccine, first developed by Themis, became part of the Merck family when it acquired Themis in June. But its use as a COVID-19 treatment isn’t expected to be confirmed until 2022. It may not be needed then. Ditto for its V590 and MK-4482 vaccines.

Don’t let Merck’s lack of participation in this year’s COVID-19 vaccine derby distract you from the fact that it’s still a key play in more-enduring arenas like diabetes and the $100 billion oncology market that’s not likely to ever go away. The company’s diabetes drug Januvia and its recombinant human papillomavirus vaccine Gardasil are both still blockbusters, while its cancer therapy Keytruda continues to expand its approved-usage list.

Unlike Walmart, Big Lots (NYSE:BIG) isn’t quite evolving into what could be considered a complete lifestyle company. It just doesn’t have the resources or physical footprint to do so. It’s using its smaller size to its advantage, though, outmaneuvering more direct competitors like Dollar General and Dollar Tree. For example, Big Lots was the first (and still the only) major discounter/dollar store to roll out curbside pickup at its stores once the pandemic arrived in the United States. In July, it announced a partnership that would facilitate same-day delivery of online orders fulfilled at nearby stores.

These are initiatives you may not expect from a chain that’s only 1,400 stores strong. For perspective, Dollar General operates more than 17,000 locations, while Dollar Tree boasts more than 15,000 stores between its Family Dollar and Dollar Tree brands.

On the other hand, those investors who know Big Lots well won’t be terribly surprised that the company is willing and able to tackle such projects. It’s gone as far as to name the profile of its most important customer, and then build everything it does around this 30-something busy mom named Jennifer who’s value-minded as well as mobile-savvy. This sort of singular focus steers Big Lots to all sorts of smart decisions.

Lastly, its triple-digit price/earnings ratio (past and projected) certainly won’t win it any value awards, but Square (NYSE:SQ) has still earned a spot on my high-conviction list as we head into 2021. Investors will simply need to resign themselves to the fact that they’re going to have to pay a steep premium to participate in this story.

And the story is a good one to be sure.

The pandemic created a swell of demand for contactless ways to buy and sell. Its third-quarter transaction revenue was up 13%, and service revenue grew 60% year over year. Square’s recent implementation of new bitcoin initiatives also offered a boost to the third-quarter top and bottom lines, with the latter growing more than 50% from the year-ago figure.

Square isn’t just credit card readers and transactions, though. Like Walmart, it was already evolving its platform into a complete ecosystem before the pandemic, and that evolution will continue after the pandemic in a world that prizes simple one-stop solutions. The company offers restaurant-specific tools, payroll solutions, and even facilitates loans in addition to its established role as a payments processor.

Given how Square’s portfolio as well as the small-business fiscal management market are both still maturing, analysts believe there’s still room for this company’s revenue to grow nearly 40% in 2021, with per-share earnings projected to improve by nearly 50%.

Tue Dec 29 , 2020
Text size The Dow Chemical logo is shown on a building Bill Pugliano/Getty Images With the year almost over, we’re taking a look at all 30 stocks in the Dow Jones Industrial Average, starting with the worst performers— Boeing and Walgreens Boots Alliance —and working our way up to the […] 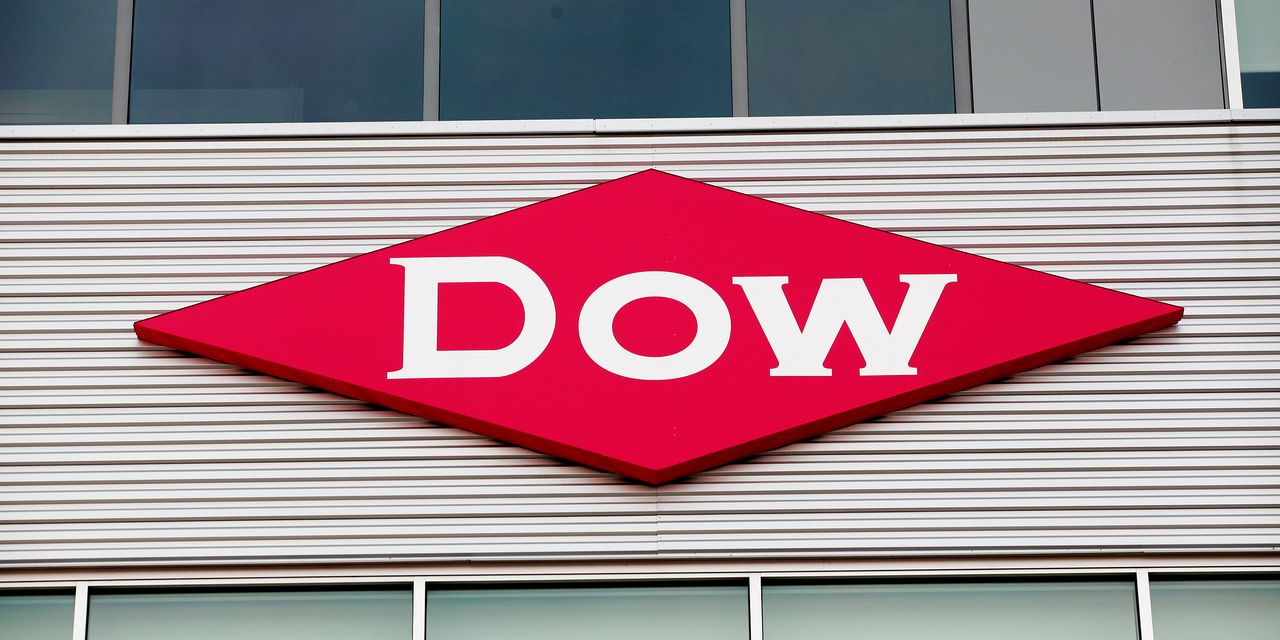