Ubisoft, the publisher behind video game brands such as “Assassin’s Creed,” “Watch Dogs,” “Far Cry” and “Just Dance,” revealed Saturday that a number of top executives would be stepping down from the company. The changes come after Ubisoft was accused of an array of sexual and workplace misconduct, which had […]

Ubisoft, the publisher behind video game brands such as “Assassin’s Creed,” “Watch Dogs,” “Far Cry” and “Just Dance,” revealed Saturday that a number of top executives would be stepping down from the company. The changes come after Ubisoft was accused of an array of sexual and workplace misconduct, which had already resulted in a resignation and a number of staffers for the company being placed on leave.

Chief creative officer Serge Hascoët is resigning effective immediately, the Paris-based company said in a statement Saturday. His position will be filled by Yves Guillemot, Ubisoft chief executive and co-founder, who has pledged an overhaul of creative teams.

Yannis Mallat, managing director of Ubisoft’s Canadian studios, is also leaving the company, effective immediately. “The recent allegations that have come to light in Canada against multiple employees make it impossible for him to continue in this position,” the company said.

“Ubisoft has fallen short in its obligation to guarantee a safe and inclusive workplace environment for its employees. This is unacceptable, as toxic behaviors are in direct contrast to values on which I have never compromised — and never will. I am committed to implementing profound changes across the company to improve and strengthen our workplace culture,” said Guillemot in a company-distributed release.

Late last month, several high-ranking Ubisoft staffers were placed on leave after online allegations sparked a still-ongoing investigation of a range of sexual impropriety claims, many of which were detailed by the website Kotaku. After Guillemot outlined several steps on July 2 for making “fundamental change” to Ubisoft’s workplace culture, an editorial vice president, Maxime Béland, resigned.

Béland and Tommy Francois, vice president of editorial and creative services, who is on disciplinary leave, were part of an all-white male editorial team, which the company has now pledged to “revise.”

The allegations are part of a range of accusations including sexual, emotional and professional abuse that have dominated talk in the gaming community this summer. Dozens of streamers on the gaming site Twitch have been singled out, as detailed by the New York Times, as have executives in the esports talent management space. The old-fashioned tabletop arena hasn’t been exempt either. Cards Against Humanity was subject to a Polygon investigation into claims of a toxic workplace, resulting in its cofounder stepping down.

Taken as a whole, the past month in gaming has pulled the curtain back on a business and a media subculture that has struggled to mature beyond its rebellious, boyish and boorish stereotypes.

Sun Jul 12 , 2020
Fox said Tucker Carlson would address the topic in his show on Monday A top writer for Fox News host Tucker Carlson has resigned after posting racist and sexist comments online. Blake Neff, who joined Tucker Carlson Tonight in 2017, resigned on Friday after a CNN investigation. It found that […] 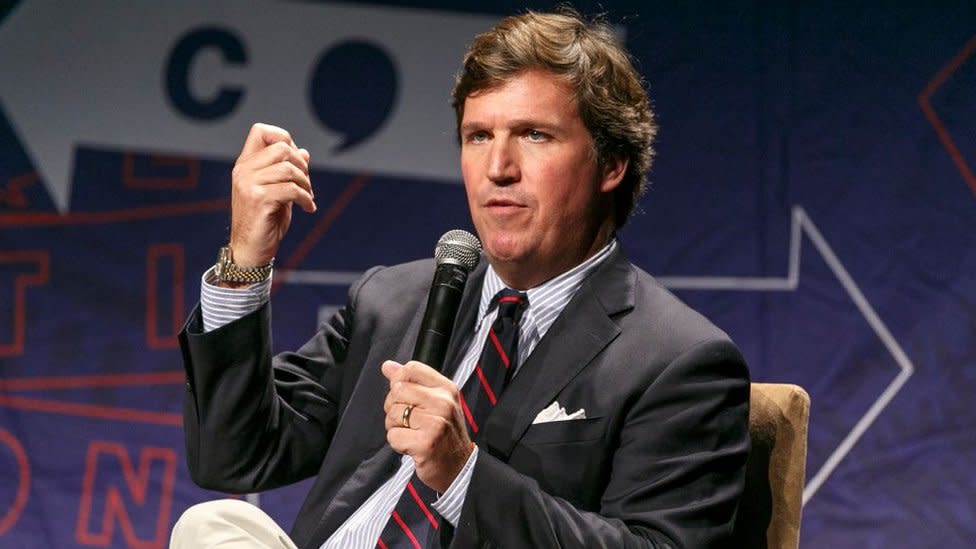