Even before coronavirus arrived in South Africa, which ranks among the countries hardest hit by the pandemic, Durban FilmMart head Toni Monty had already begun to envision how sub-Saharan Africa’s leading industry confab would have to adapt to an unprecedented global crisis. “Not one of us on the team have […]

Even before coronavirus arrived in South Africa, which ranks among the countries hardest hit by the pandemic, Durban FilmMart head Toni Monty had already begun to envision how sub-Saharan Africa’s leading industry confab would have to adapt to an unprecedented global crisis.

“Not one of us on the team have actually seen each other physically since Berlin,” she said. “It’s like you’re organizing a wedding in the middle of a global crisis.” Still, Monty never had any doubt that the DFM would take place in some form this year, calling it “the right thing to do.” “We have to keep the conversations going. We have to keep the networking going.”

Already this promised to be a transitional period for the DFM, which takes places Sept. 4-13. After a decade-long partnership with the Durban Intl. Film Festival, the market this year was spun off into an independent event. “Over the ten years, the DFM had grown so quickly that…it just wasn’t possible for it to go ahead on those lines,” said Monty.

The theme of this year’s edition is “Brave New Cinema,” pointing to what Monty described as a critical juncture for African filmmakers. “Globally, we are moving into a whole new world as far as content production and content consumption is concerned,” she said. “Africa, which generally has the most limited access to global technologies, is really going to have to push itself to the forefront to keep up with that space.”

Headlining the virtual event is the finance forum, the leading co-production market in sub-Saharan Africa. The event has launched titles such as Kenyan director Wanuri Kahiu’s lesbian romance drama “Rafiki,” which bowed in Cannes’ Un Certain Regard section; South African filmmaker John Trengove’s Oscar-shortlisted LGBTQ drama “The Wound”; and Lesotho director Lemohang Jeremiah Mosese’s “This Is Not a Burial, It’s a Resurrection” (pictured), which premiered in Sundance.

A total of 30 fiction and documentary projects—ten more than in the DFM’s analog edition—will be presented through virtual pitching sessions to potential investors, sales agents, distributors, broadcasters, and festival programmers. “What is exciting is how the projects echo our theme of Brave New Cinema, as stories presented relevant Afrocentric themes across a variety of genres,” said Monty. “It is evident that the content possibilities within the continent are growing, and the quality of projects presented is maturing, which makes for an exciting dynamic for African filmmaking.”

One of the main thematic strands of this year’s event, “African Content in the New Normal,” will present a series of discussions on the challenges and opportunities facing African filmmakers in the midst of a pandemic that has disrupted film industries around the world. Among the topics of conversation will be how the growing number of VOD platforms dedicated to African and Black content are opening up new distribution opportunities for African filmmakers, and how South Africa’s thriving service industry is responding to the global production disruption.

The conversation around the “new normal” extends to the market itself, with Monty saying that the decision to hold this year’s DFM online has “opened our eyes up” to different models for the market moving forward. “It is difficult getting everybody to come to the southern tip of Africa,” she said. “If we need to do it virtually in the future, then why not?”

Along those lines, a major addition to this year’s market is the launch of the DFM Content Shop, an online catalog of more than 60 African projects, encompassing short- and feature-length fiction and documentary films, as well as series, that are ready for sale and distribution. The shop will be available to a select group of “decision-makers,” including foreign sales agents, distributors and festival programmers, through the end of September.

One of the global players that’s already carved out a niche in the VOD space for African content is Netflix, which has ramped up its production of African Originals while rapidly growing its catalog of African titles.

The company’s head of African Originals, Dorothy Ghettuba, and director of licensing and co-productions in Africa, Ben Amadasun, will present a session during the DFM on how the streamer works with local creators to bring their content to the world. “Our participation in this forum is not only aimed at nurturing our already established relationships with the local industry, but also to build new ones with as many producers, creatives, and distributors across the continent,” said Ghettuba.

Long-time attendee Todd Brown, head of international acquisitions at XYZ Films, called the DFM a “vital link” connecting African talents to the global market. “Durban has been an enormously helpful event to us at XYZ as we work throughout the region, and we’re very excited that they’ve found a way to continue forward…in these difficult times,” he said.

Fri Sep 4 , 2020
MANHATTAN BEACH, CA — For RydeFYR business owner Chevy Laurent, she could not have predicted what a rough ride opening her own indoor cycling studio would be. After quitting her full-time job and putting her life savings into creating a state-of-the-art heated indoor cycling experience with custom-built bikes, COVID-19 struck. […] 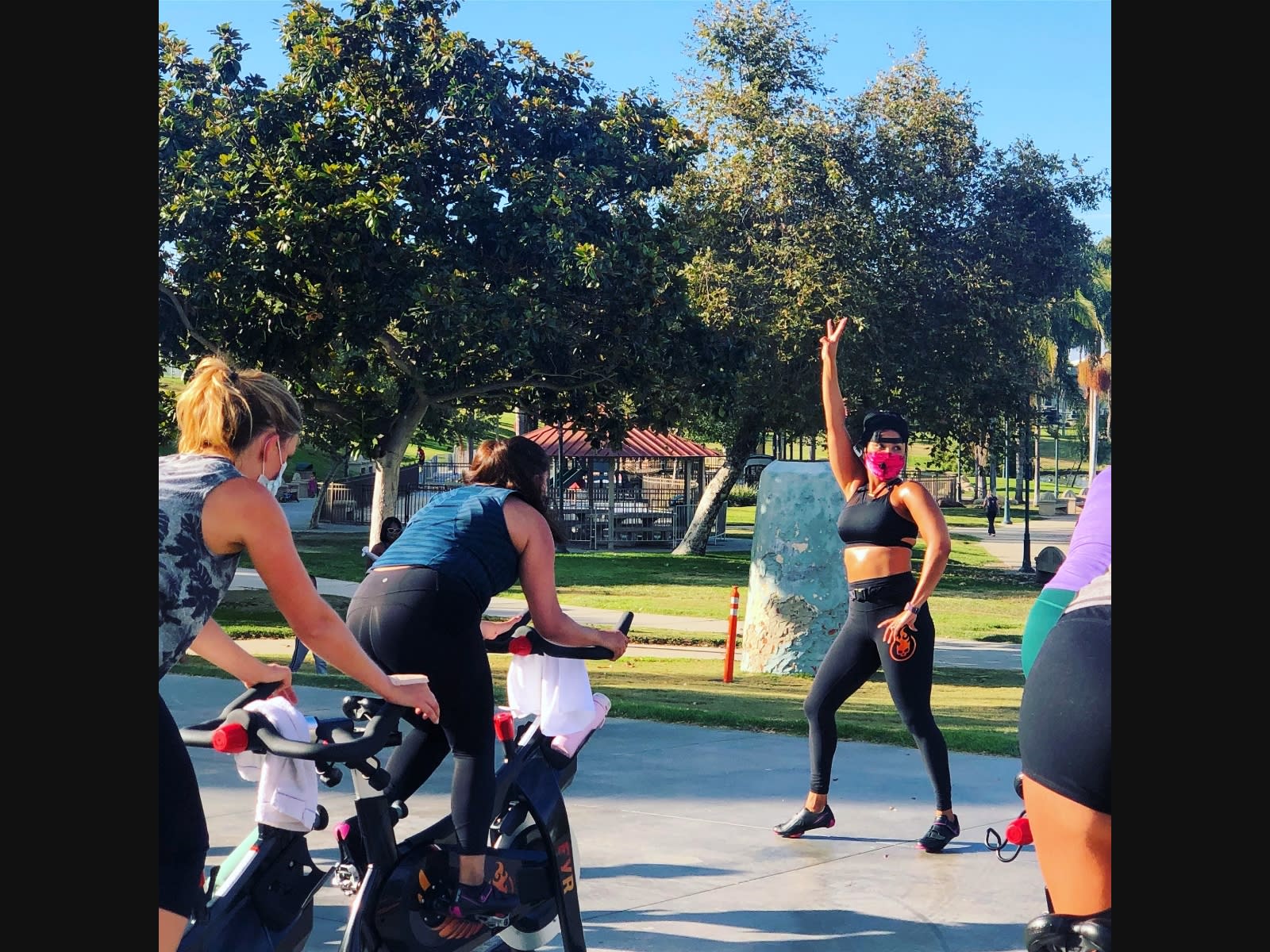