(CNN) —   A second round of stimulus payments are going out now, and most people are receiving their money either via check or direct deposit. But the Treasury Department has announced that, as was the case the first time around, some Americans will receive their payment in the form […]

A second round of stimulus payments are going out now, and most people are receiving their money either via check or direct deposit. But the Treasury Department has announced that, as was the case the first time around, some Americans will receive their payment in the form of an Economic Impact Payment (EIP) Card instead.

If you do get an EIP Card with your second stimulus payment, it’s essentially a prepaid Visa debit card, and you probably know that prepaid debit cards often come with fees. Fortunately, it’s relatively easy to use the card in ways that won’t get you charged.

If you have a personal bank account, your best bet is to transfer the entire debit card balance to your own account. You can make transfers from the card to your bank account at no charge, and the limit is a relatively high $2,500 per day. That means most people should be able to transfer their entire stimulus payment in one swoop.

To transfer money from your stimulus debit card to your bank account, go to the EIP Card website or use the Money Network mobile app, and select the option to “Move Money Out.” You’ll need both the routing number and the account number from your bank account to make the transfer.

If you don’t have a bank account, you can also make purchases with your card anywhere Visa debit cards are accepted without being charged a fee. This includes in stores, online or over the phone. And if you’re physically in a store, you may also be able to get cash back when you make a purchase without incurring an extra charge.

You won’t be charged a fee when using your stimulus debit card at any store that accepts Visa cards.

It’s also possible to write a check from the money on your stimulus debit card, but to do so, you’ll need to call customer service and ask for Money Network checks to be mailed to you. There’s no fee for these checks, but you need to call and get a transaction number every time you write a check, so it’s not the most convenient method.

By instead moving the money in its entirety from your stimulus debit card to your bank account, you can easily use it for payments where a Visa debit card isn’t accepted, such as for your rent or mortgage. Plus, if the money is in your own account, you might be able to save some of it to use down the line, especially if you’ve created a spending plan.

Regardless of which of these methods you use, they’re all safe ways to get your stimulus money and not get charged extra. But what shouldn’t you do with your stimulus debit card?

You can get cash from your stimulus debit card at any ATM, up to $1,000 per day (though some bank ATM limits may be lower). However, it’s important that you use the right ATM so it doesn’t cost you extra.

When you use your stimulus debit card at an ATM within the AllPoint network, you won’t pay a fee at all. You can find a list of all the network ATM’s on the EIP Card website.

But if you use a machine outside of that network, you’re at risk of paying not just one, but two separate fees. First, Metabank, which issues the card on behalf of the Treasury Department, will charge you a $2 fee each time you withdraw cash on a non-network ATM (though it will waive the fee once, for your first ATM withdrawal).

And second, the owner of the ATM itself may charge you a fee, which can range from 99 cents to several dollars, depending on the machine. Plus, if you happen to be outside the US, you’ll be charged an even higher $3 fee by Metabank to withdraw cash from an ATM, no matter what machine you use, plus any additional fee charged by the ATM operator.

So if you’re going to withdraw cash from your stimulus debit card using an ATM, you’ll want to make sure you’re doing it only at a network ATM in the US.

Watch out for fees when using your stimulus debit card at ATMs.

While we’re on the subject of ATMs, if you’re not sure how much money you have left on your stimulus debit card, don’t use an ATM to find out. Every time you make a balance inquiry at an ATM, Metabank will charge you a fee of 25 cents.

That 25 cents may not sound like much, but it can add up fast, especially if you decide to use an ATM as your primary method of keeping track of your card’s remaining money.

To find out how much money is left on your card without getting charged a fee, either go online and look it up at the EIP Card website, or call customer service at (800) 240-8100. Using either of these methods to get your balance is free.

While you can theoretically withdraw money from your stimulus debit card by walking into any bank or credit union displaying a Visa logo, this is one of the worst possible ways to get cash from your card. That’s because you’ll get charged a $5 fee for using a bank teller to get your stimulus money.

Again, you won’t be charged the very first time you do this, but after that, you’ll get dinged with this fee every time, whether you’re in or out of the country. Plus, the bank is allowed to tack on a fee of its own in addition to the $5 that Metabank charges, even if it’s your first time making a withdrawal.

Even if you can’t get to a network ATM, you’re still better off using a non-network ATM rather than physically walking into a bank, so long as the fee charged by the ATM owner itself combined with the $2 Metabank fee is lower than the bank teller withdrawal fee.

Fortunately, the stimulus EIP Cards aren’t terrible when it comes to fees, but there are still a few you’ll need to dodge. Remember that in all cases, before you use your stimulus debit card for the very first time, you’ll need to activate it and set up a 4-digit PIN by calling customer service at (800) 240-8100 and verifying your identity.

Finally, never give your PIN to anyone, even if someone calls claiming to be from a bank or government agency. Your PIN should always remain a secret that only you know. But if you keep your PIN safe and make sure you’re only using your stimulus payment debit card in a fee-free way, you can keep every dollar of your stimulus money for yourself.

Get all the latest personal finance deals, news and advice at CNN Underscored Money.

Sat Jan 9 , 2021
Governor Andy Beshear wants to use $47.5 million dollars to update the Commonwealth’s unemployment insurance network. LOUISVILLE, Ky. — It may be a new year, but some Kentuckians still haven’t received their unemployment benefits after applying last year. Christi Bryson is all too familiar with the state’s unemployment issues. Last […] 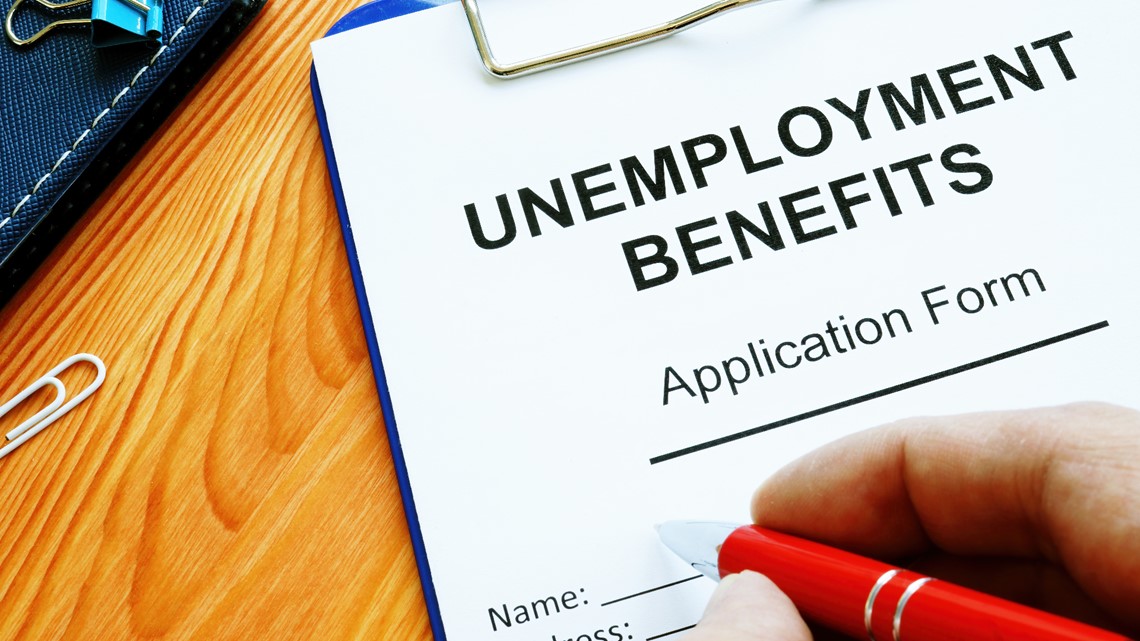