CLOSE In 2020, it’s no longer a matter of if someone will try to scam you. Unfortunately, it’s only a matter of when and how.  The ongoing health threats associated with fighting the spread of COVID-19 continue to drive more of our everyday purchases and financial transactions online — and make it […]

In 2020, it’s no longer a matter of if someone will try to scam you. Unfortunately, it’s only a matter of when and how.

The ongoing health threats associated with fighting the spread of COVID-19 continue to drive more of our everyday purchases and financial transactions online — and make it easier for scammers to up their game.

One minute, someone may be pretending to be your bank. Another, they’ve got a great deal on a car or Winnebago on Craigslist. The reality is we’re looking at some sophisticated ways to steal your money or personal information.

“They’ve done their research. They’re invested in it.”

Benda explained a rather shocking series of steps that well-versed scammers frequently take.

Scammers often are not just calling you out of the blue. “The sophisticated guys might know a lot about you,” Benda said.

They may already have done their homework on where you bank — perhaps obtaining information via a hacking incident elsewhere, such as your doctor’s office.

They may have figured out your username, perhaps based on the email you use. Or your email might have been exposed in a recent data breach.

And by digging up some details on you — or knowing that many people use lazy passwords like birthdates — they’ve gotten ahold of your password.

What they need next is the verification number that pops up on your mobile device after they’ve logged into your account.

How do they get that one? The scammer calls, pretending to be a bank employee, and says that you need to verify the number that was just sent to your smartphone.

Many times, the caller can sound like an American working at a banking center.

If you don’t fall for it quickly, they might then try to pressure you and say that your account will be locked — and you won’t get access to your money — if you don’t verify that number now.

“If people call you out of the blue,” Benda said, “don’t tell them anything.”

“If anyone is pressuring you to do something, hang up.”

Real banks will never ask you for that

Make no mistake, the scammers are still sending phishing emails to try to ask for things like your password, your birth date, and your bank account number.

About 1,500 banks nationwide are working together in October — during Cybersecurity Awareness Month — to warn that every day, thousands of people are falling victim to phony emails, texts and calls from scammers who are impersonating a bank. The theme is to educate consumers about what banks won’t ask you.

The campaign — expected to reach 7 in 10 banking customers — is the largest consumer protection initiative in the history of the American Bankers Association. 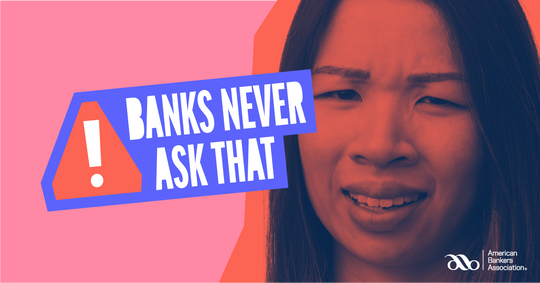 About 1,500 banks nationwide are working together to improve consumer awareness about scammers who are impersonating bank employees to trick people into handing over key information. (Photo: American Bankers Association)

Efforts are needed because bankers say such fraud is getting worse.

Since everything needs a hashtag these days, the campaign is working under the #BanksNeverAskThat banner. Here’s a list of what banks won’t do:

Benda said in many of these fraud cases the criminals try to create some sense of urgency. They may try to make you afraid — threatening to close your account or lock you out of it — in order to catch you off guard.

Someone who steals important personal information might be able to file an unemployment claim using your ID or open a new cell phone account, again using your information.

Real car sellers would never do that

Cybersecurity threats are increasing, as we’re shopping more online in order to maintain some social distancing during the COVID-19 pandemic.

When consumers opt to buy a big ticket item, such as a used car, online, they’re at a greater risk that scammers could steal thousands of dollars. And the scams are so well crafted that many people actually do lose money on this one.

An Ohio man saw an advertisement for a Mercedes on Auto Trader where the “seller” claimed to be going through a divorce and was moving to Detroit, according to the Better Business Bureau.

As part of the scam, the seller claimed the vehicle was being shipped by a third party holding company.

So the buyer wired over $10,000 to an escrow account. The Mercedes never landed in his driveway.

And, no surprise, the seller and the third party outfit aren’t picking up the phone any more, either.

Scammers are now often using COVID-19 as an excuse to avoid meeting to show you that bargain-priced car or truck, according to a new report by the Better Business Bureau.

Or the bogus seller may claim to be in moving for a job or going overseas for a military deployment. Maybe they claim to be suffering the loss of a husband or son who owned the car, which brings back ever-so painful memories.

Some vehicle scams have been run by Romanian organized crime gangs. Another group that engages in offering nonexistent vehicles online is located in Cameroon, an African country that shares a border with Nigeria, according to the BBB.

Don’t be fooled: Scammers are really good at making their stories seem quite real. Scammers might create online accounts to post cars for sale and message you, and the scammers can be using the stolen identities of other American consumers to seem more legitimate.

In some cases, scammers have sent victims invoices for payment that appeared to be from legitimate sellers, such as eBay Motors.

Or scammers sometimes claim that the transaction is protected by the eBay vehicle protection program.

Sometimes scammers use the names and addresses of real businesses or car dealerships to appear legitimate.

Again, don’t fall for any of this nonsense, no matter how real it all seems.

Can Piggybacking Off Tweets Make You Money?

Fri Oct 2 , 2020
Brands often ask the people marketing their content to make it “go viral”. This, unsurprisingly, is no easy task – there’s a reason you don’t regularly see “Persil Non-Bio” trending on Twitter. However, brands have cottoned on to a new strategy that basically involves riding the coattails of something that’s […] 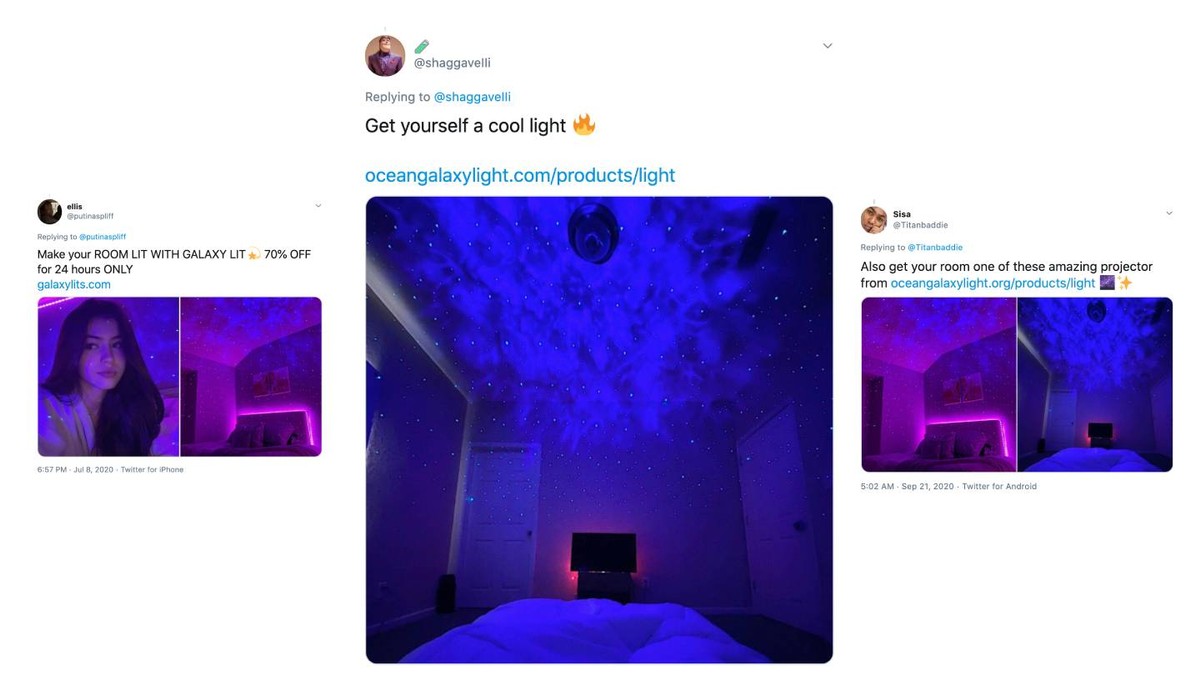