The U.S. death toll from the novel coronavirus exceeded 200,000, a grim milestone that comes eight months after the pathogen was first confirmed on American soil. India’s fatalities topped 90,000.

France’s new infections jumped above 10,000 after a weekend lull, while South Korea’s daily cases climbed above 100 for the first time in four days.

Banks from Goldman Sachs to HSBC have hit pause on plans to return workers in London after Boris Johnson appealed to Britons to work from home.

Goldman Sachs is encouraging its London employees to go back to working remotely if possible, though its Plumtree Court office will remain open for those who need it. HSBC will “pause” the return of teams to its U.K offices. Barclays Plc, Societe Generale SA and insurance marketplace Lloyd’s of London have all told some U.K. staff to return home, according to the BBC.

The global tourism industry’s recovery from the pandemic could take 2 1/2 to four years, according to the United Nations World Tourism Organization.

Direct tourism jobs at risk number 100 million to 120 million, with a projected loss of international visitors’ spending of $910 billion to $1.2 trillion, Alessandra Priante, a director at the organization, told a European Parliament hearing on Wednesday in Brussels.

Zambia became the first African country to ask bondholders for relief since the onset of the coronavirus as nations from Angola to Kenya battle to cope with the economic hit from the pandemic.

The southern African nation said it needed “breathing space” to plan a debt restructuring, and asked holders of its three Eurobonds totaling $3 billion to defer interest payments until April.

The Philippines is reopening Boracay island, one of its main tourist attractions, to more visitors starting Oct. 1 as it banks on locals to revive its pandemic-hit tourism sector.

Tourists from areas under general community quarantine, including the capital Manila, will be allowed on the island next month as long as they have tested negative for the coronavirus and have pre-booked accommodations, Tourism Undersecretary Benito Bengzon said at a televised briefing.

A South Korean bank has sold an Australian dollar bond to help finance pandemic relief, as global investors demand more of such securities. Shinhan Bank priced A$400 million ($285 million) of the debt this week. The bond was more than two times oversubscribed.

The security is the first Covid-19 response social bond in the Kangaroo debt market, according to the bank. The lender will use all of the proceeds to support Korean small- and medium-sized firms impacted by the crisis, as well as for projects to curb the spread of the virus. Sales of pandemic bonds have boomed elsewhere in Asia as investor demand grows.

The Opera Ball, the high point of the Viennese ball season in February, will be called off, the Austria Press Agency reported, citing Chancellor Sebastian Kurz. The latest blow to the Austrian capital’s battered tourism industry comes as rising new infections in Austria triggered new measures to curb the pandemic, including new requirements and tightened curfews.

The European Central Bank risks legal trouble if it tries to extend the “emergency powers” of its pandemic bond-buying plan to its other asset-purchase program, according to Executive Board member Yves Mersch.

The 1.35 trillion-euro ($1.6 trillion) measure “has been created first and foremost to be a backstop,” Mersch, the ECB’s longest-serving policy maker, said in an interview at the institution’s Frankfurt headquarters.

India trails only the U.S. and Brazil in Covid-19 deaths, while its 5.6 million confirmed cases are surpassed only by the U.S.’s tally of almost 6.9 million infections.

Fujifilm Holdings Corp. said it would seek regulatory approval to market an antiviral drug in Japan as a treatment for Covid-19 after a trial showed it helped patients with mild cases of the disease test negative faster.

The company plans to apply for regulatory approval as early as October. In a trial of 156 patients, those who took the drug called Avigan tested negative in a median of 11.9 days, compared to 14.7 days for the placebo group, said the statement. No safety concerns emerged in the trial.

A professor who led the effort to build Johns Hopkins University’s Covid-19 Dashboard was named one of Time’s 100 most influential people for 2020.

The website was developed by Lauren Gardner, a civil and systems engineering professor in JHU’s Whiting School of Engineering, and one of her graduate students. The real-time dashboard, which collects data from 188 countries, quickly went viral after it went online on Jan. 22, becoming a leading source for governments, the media and the public tracking the pandemic.

South Korea’s parliament approved a 7.8 trillion won ($6.7 billion) extra budget, the fourth spending increase this year after a new wave of the coronavirus and floods battered the economy.

The latest stimulus is intended to support restaurants, wedding halls, karaokes and other businesses that suffered from tightened social distancing measures since August.

South Korea added 110 more coronavirus cases in 24 hours, after seeing infections dip below 100 for three straight days. The total number of confirmed cases rose to 23,216, while the death toll remained at 388.

Japan is considering accepting some foreign visitors from all countries as soon as the beginning of October, Asahi said, citing unidentified government officials. Visitors would include businessmen and those who plan to stay for more than three months, as well as foreign exchange students. Tourists won’t be eligible.

New York City is seeing an uptick in cases in four areas in Queens and Brooklyn. The four areas saw a large increase in infections from the week ending Aug. 1 to the week ending Sept. 19, according to a tweet by the NYC Department of Health and Mental Hygiene. The areas make up 20% of all cases citywide as of Sept. 19 and could spread to other neighborhoods “unless action is taken,” it said.

Texas added 17,820 cases to its tally of confirmed infections, bringing the total to 716,207. After seeing daily new cases dwindle to less than 5,000, it was the second consecutive day the state reported a big jump, though it attributed the majority of the increase to “older cases” that were recently reported.

Hospitalizations climbed to 3,207, the second straight day of increases. A two-day rise hasn’t happened since cases began falling from the peak in July, when more than 10,000 people were in the hospital with the virus. Deaths rose by 77 to 14,994.

Coronavirus cases in the U.S. increased 0.7% as compared with the same time Monday to 6.88 million, according to data collected by Johns Hopkins University and Bloomberg News. The increase was in line with the average daily gain of 0.6% over the past week. Deaths rose by 0.3% to 200,284.

France reported 10,008 new coronavirus cases on Tuesday, in line with the pace of infections picking up again, after a post-weekend lull on Monday. Confirmed cases rose by 10,008 in 24 hours, France’s public health agency said. The seven-day rolling average of new infections, which smooths out reporting spikes, stood at about 10,500, after climbing above 10,000 for the first time on Sunday.

Americans who get the first Covid-19 vaccines will be closely monitored by the U.S. Centers for Disease Control and Prevention through daily text messages and emails, according to a federal advisory group.

Essential workers who are expected to be the first recipients will get daily text messages on their smartphones asking about side effects in the first week after they get the shot, and then they’ll be contacted weekly for six weeks, said Tom Shimabukuro, a CDC immunization expert, at a meeting of the CDC’s Advisory Committee on Immunization Practices. Those workers could total about 20 million people, he said.

New guidance from the U.S. Centers for Disease Control and Prevention for the upcoming holiday season warns that hosts and attendees at holiday celebrations will need to take steps to limit the risk of contracting and spreading the novel coronavirus.

Virtual gatherings or those that involve one’s immediate household are low risk, the agency said in a posting Monday. If people do gather in person for Christmas and other holidays, the CDC recommends doing so outdoors and keeping groups small.

Universal coronavirus tests for departing passengers offer the only realistic hope of reviving demand for flights in the absence of a vaccine, the International Air Transport Association said. The 100% adoption of rapid antigen tests, which should be available next month, would remove any need for quarantines that are currently “killing” the market, IATA chief Alexandre de Juniac said on a media call Tuesday.

Imperial College London plans to expand its Covid-19 vaccine trial to 20,000 people by year-end from 400 currently, according to a professor who is leading development of a shot.

“So far, human volunteers seem to be responding well to our vaccine, but it will only be rolled out further if we are certain that it is both safe and effective,” Robin Shattock told a European Parliament hearing on Tuesday. “If trials continue to show promising results, our international trials will commence later this year, with potential approval by mid-2021.”

Boris Johnson told Britons to work from home when possible and ordered pubs and restaurants to close early as he sought to stamp out a resurgence of coronavirus in the weeks ahead.

Under the new measures for England, which are likely to last six months, face coverings will become mandatory for passengers traveling in taxis and workers in the hospitality and retail sectors, with tougher fines for people failing to wear masks. Similar steps are being taken in Scotland, Wales and Northern Ireland.

The number of deaths linked to Covid-19 in England and Wales rose for the first time since April, increasing 27% to 99 in the seven days through Sept. 11 from a week earlier, the Office for National Statistics said on Tuesday. Death registrations may have been lower in the previous week due to the bank holiday, the government agency said.

Wed Sep 23 , 2020
These days, millennial spending and consumer trends tend to make or break a company, with that generation driving the boom in online shopping that has left some retailers shuttering locations for good. However, it seems as if the headlines might be sleeping on baby boomers, who will continue to drive […] 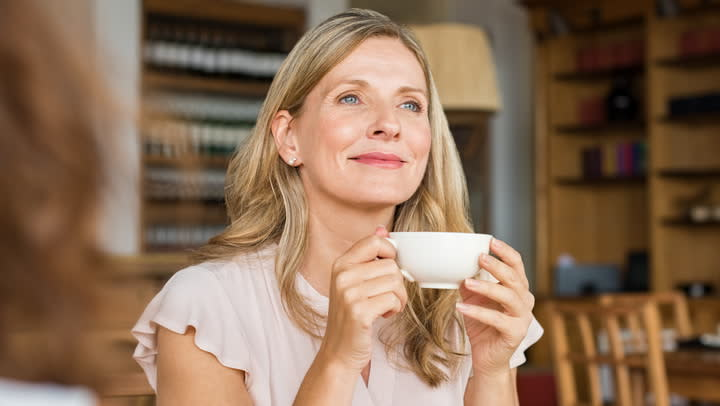