Click here to read the full article. Bettina Oberli’s latest film ‘My Wonderful Wanda,’ starring Agnieszka Grochowska and Marthe Keller, world-premiered at Tribeca where it won a special jury mention in the Nora Ephron Award category. It will screening during Cannes’ Marché du Film Online, with The Match Factory handling […]

Oberli is one of Switzerland’s leading directors. She has directed an eclectic mix of commercially- and artistically-successful films, including her award-winning debut feature, “North Wind” and her second feature, the comedy “Late Bloomers,” which clocked up almost 1 million admissions in Europe, with 560,000 admissions in Switzerland alone, released by Walt Disney. Her penultimate film, her first French-language pic, “With The Wind,” won the Variety Piazza Grande Award at the Locarno Film Festival.

“Wanda,” – penned by Cooky Ziesche and Oberli and produced by Lukas Hobi and Reto Schaerli for Switzerland’s Zodiac Pictures – is a dramedy about Wanda, who leaves her children in Poland to work for a wealthy Swiss family, looking after 70-year old Joseph. When she unexpectedly becomes pregnant the destinies of her Polish family and Joseph’s family intertwine.

This East-West encounter contrasts the empty lives of the affluent Swiss family with the vital energies and material hardships of the Polish family. Oberli talked with Variety about “Wanda” and her potential next project, “Kingdom”.

How did the idea for “Wanda” come about?

I’m fascinated by family structures. I often show families in my films because I see them as a microcosm, that enables me to build a very universal story. I also love to read news stories about people’s lives. I have read many articles about women who come to work as carers from Eastern to Western Europe, leaving their own families behind them. In a rich country like Switzerland we effectively take advantage of people from the East. We say that it’s a win-win situation, but it isn’t because they can’t live their own lives. I wanted to explore this idea. I didn’t want to make a straightforward social drama. I wanted to bring in new dimensions. I worked with Cooky Ziesche, to co-write the script, because I really liked her work on Andreas Dresen’s “Stopped on Track.” I interviewed a lot of women in Wanda’s situation. In Switzerland it’s crazy because rich people don’t want to spend money on old people’s homes, so they bring in carers who are paid low wages. I wanted to explore what would happen if this relationship became more complex. I met women who told stories about people who they were looking after who fell in love with them, and wanted to disown their own families.

There is an almost stage play dimension of the film, with almost everything set in the lakeside villa, divided into three sections.

A couple of years ago I directed my first stage play, “Anna Karenina,” in Basel. For “Wanda” I wanted to work with a fairly large cast, all with extensive theater experience. I wanted to concentrate everything in a single location. I saw the villa as an island. The whole of Switzerland is a bit like an island – of wealth and privilege. I wanted to tell the story in three parts because it’s almost like three short films. You can fill in the gaps with your own imagination. None of the characters are likeable at first glance, so I needed great actors. We did a lot of rehearsals to get each scene right. It was a very creative atmosphere and a great learning experience for me because I had to direct a lot of scenes with lots of people.

The film subtly explores the characters’ emotions. What were the main challenges?

We quickly see that the characters are prisoners of their circumstances. They have to be shaken, really pushed into their personal wounds and pain. I wanted to show the pain and the vulnerability, which they try to resolve. That’s

what makes them touching. To show that ultimately we are one big family. We can live with other family structures. I always believe in the collective more than the individual. I think that in the end all my films talk about that.

You have explored many different styles and genres in your films

Each film is a prototype. You never know what you will get in the end. And in Switzerland we have so few opportunities, you have to find the right mix for each project. The form has to serve the story. Sometimes it can be a thriller, sometimes a comedy. You only know at the end. A friend of mine said that there are two types of butterflies – one attracted to a single color, in all its shades, and another attracted to all colors. I am definitely the second!

How has the COVID-19 crisis affected you?

It’s been frustrating, because we had been selected for several festivals that were cancelled. The biggest frustration for me was that the lockdown came four days before we were about to open my first opera production, by Tchaikovsky, in Lucerne. We did a lot of rehearsals and maybe now it will never happen. But it’s given me time to work on my next projects.

What is your next project?

I would like to do an English-language film next. I am working on a project called “Kingdom.” which I have been developing with the Torino Film Lab. It’s based on a short film I made, with the same name, starring Emily Beecham and Anatole Taubman, set in a post-apocalyptic world in the Swiss alps. The short was made as part of an omnibus project, “Interdependencies,” about climate change, commissioned by the U.N.. The feature is about saving the last glaciar. It’s more an adventure film than sci-fi. It’s about how humanity can survive in extreme situations. I’d also love to do the film with Jacqueline Bisset. We were on a jury together at Angouleme. I’d love to work with her.

Mon Jun 22 , 2020
As states open up their economies, workers who lost their jobs during the pandemic and ensuing shutdowns are on the hunt again. In May, the economy added 2.5 million jobs — surprising economists — while the unemployment rate fell to 13.3% from 14.7% in April. Still, 20.5 million people remain […] 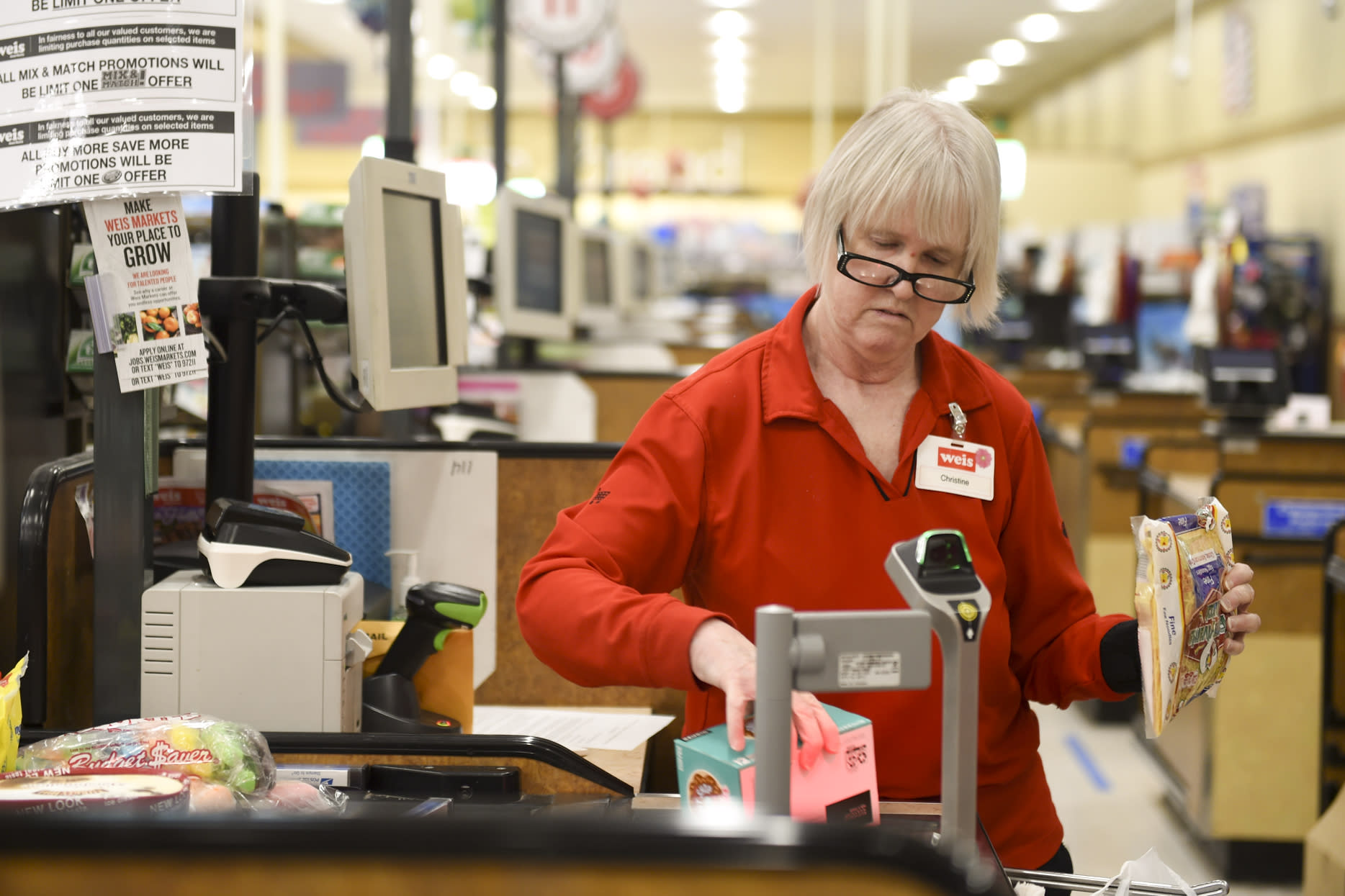