Joe Biden’s campaign entered October with a war chest that was almost three times larger than President Donald Trump’s, solidifying the Democratic nominee’s advantage in the final weeks of the campaign.

The campaigns’ latest filings with the Federal Election Commission show that Biden had $177.3 million in the bank at the end of last month. By contrast, Trump burned through almost half his cash in September, ending the month with $63.1 million, even though he cut expenses by pulling back on planned advertising buys starting in late August.

After enjoying a financial edge for much of the race, Trump is being forced to play catch-up in fundraising at the same time he remains consistently behind Biden in national surveys. The president is now down 8.6 percentage points down in the RealClearPolitics polling average and behind, but by narrower margins, in key battleground states just two weeks before Election Day, Nov. 3.

The filings show that Biden’s campaign raised $281.6 million in September while spending $285 million, more than twice as much Trump.

Earlier: Trump Campaign Burned Through Almost Half Its Cash in September

Biden and the Democratic National Committee raised $748 million in August and September alone, about $290 million more than Trump over the same period. The Democratic nominee’s campaign said Friday that it’s on track to raise another $234 million before Election Day. If the estimate holds true, Biden and the DNC would have raised more than $982 million in the final three months before the Nov. 3 election, surpassing the $942 million that President Barack Obama took in for his 2008 campaign.

It’s a huge turnaround for Biden and the DNC. In April, they had just $98 million in the bank compared to $255 million for Trump’s re-election effort.

The extra money has allowed Biden to dominate the airwaves in the final weeks of the race. Under Federal Communications Commission rules, candidates get the lowest available rate for television ads within 60 days of an election. Biden’s campaign has booked $162 million in television ad time from Oct. 1 through the election, according to Advertising Analytics, while Trump has booked $79 million.

Small-dollar donors, those giving less than $200, provided $55 million, or one-third, of the money donated directly to Biden’s campaign. That figure doesn’t include money transferred from two joint fundraising committees that support his campaign and the DNC.

Small-dollar donors provided 26% of the $68.4 million donated directly to the Trump campaign, though the president also raises money from them through the Trump Make America Great Again Committee.

In July, the last month that Trump out-raised Biden, the $36.5 million that the committee transferred accounted for about half the campaign’s total receipts. But over the quarter, as the costs of raising money from grassroots donors increased, the amount of the transfers fell to $9.2 million in September. Overall in the third quarter, the committee spent $181 million to raise $235.7 million, or 77 cents for each dollar raised.

The high fundraising costs, which mostly went to digital advertising and acquiring lists of online contact information for potential donors, starved the campaign of needed cash.

The RNC, which is helping with Trump’s voter mobilization efforts, raised $71.8 million in September, spent $108.6 million and ended September with $78.1 million cash on hand, its FEC filing shows.

And though presidential campaigns normally begin deficit spending once they enter the final months of the campaign, burning through through their war chests as they take to the airwaves, Biden’s September splurge left him with just $3.4 million less in the bank than he had at the beginning of the month.

Wed Oct 21 , 2020
Huntsman Hall, the Wharton School’s main building at the University of Pennsylvania. Top U.S. business schools enjoyed a double-digit surge in applications this year—after a spate of declines—as people facing a pandemic-stricken job market sought to boost their prospects, and admissions departments opened their doors a little wider. With the longer trend going the […] 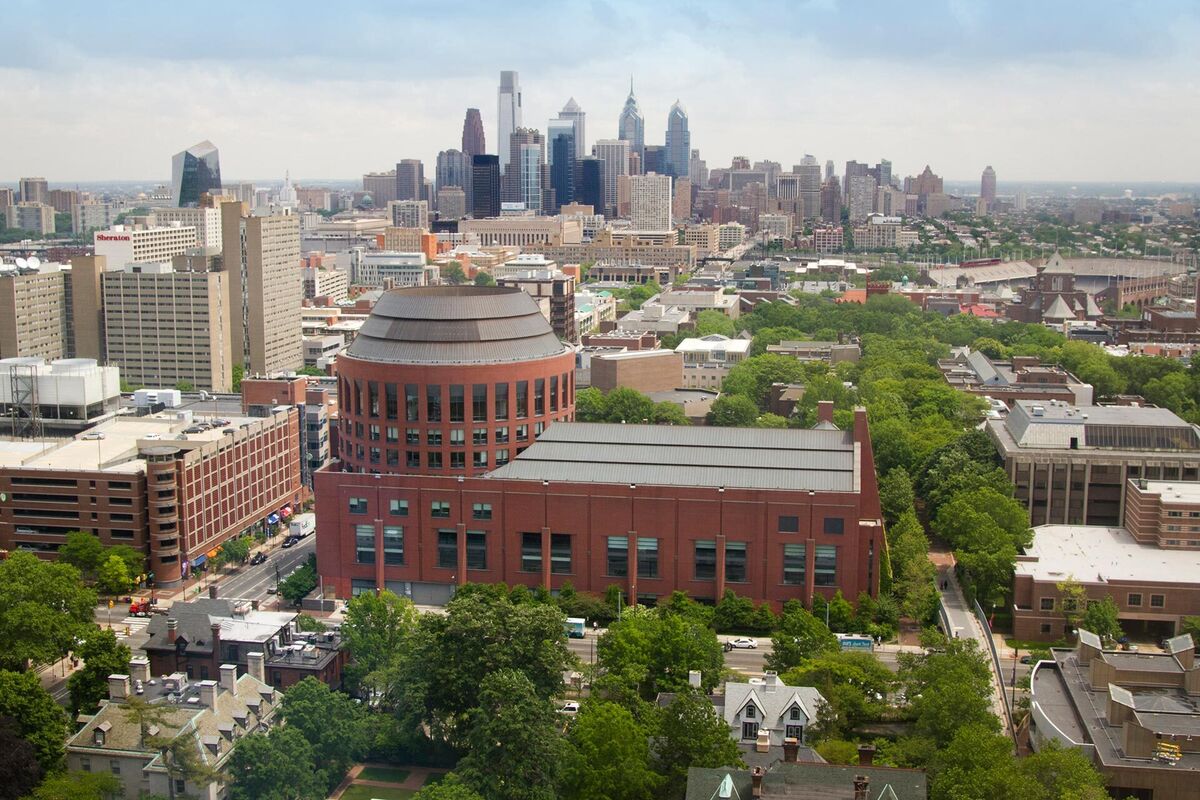