Democratic presidential nominee Joe Biden, who is struggling to win over Latino voters, made his first campaign appearance in Florida on Tuesday, at the opening of Hispanic Heritage Month.  But Biden’s address at the event is likely to be remembered more for its opening music number than the content of […]

Democratic presidential nominee Joe Biden, who is struggling to win over Latino voters, made his first campaign appearance in Florida on Tuesday, at the opening of Hispanic Heritage Month.

But Biden’s address at the event is likely to be remembered more for its opening music number than the content of the speech after the former vice president pulled out his phone and played “Despacito,” a Spanish-language pop song, when he first took the stage.

After being introduced by Luis Fonsi, the singer of the international hit, Biden said,  “I just have one thing to say,” before hitting play.

“There you go, dance a little bit, Joe. Come on,” encouraged Fonsi.

Biden bobbed to the opening of the 2017 reggaeton sensation before switching it off and placing his phone back in his pocket.

“I’ll tell you what, if I had the talent of any one of these people, I’d be elected president by acclamation,” Biden said, referring to Fonsi, as well as singer Ricky Martin and actress Eva Longoria, who also spoke ahead of Biden in Kissimmee, Florida.

Florida 2020: Biden is getting trounced with Cuban American voters in Florida, a trend that could tip the state to Trump

After being introduced by Luis Fonsi, Joe Biden pulled out his phone and started playing Despacito ahead of his remarks kicking off Hispanic Heritage Month in Kissimmee, FL. pic.twitter.com/7R6hUZgLW1

The moment quickly went viral on social media. Critics accused Biden of pandering to Latino voters, supporters fired back that the critics were not putting the moment in context and others lamented that people were not focused on more substantive issues.

I cant tell which pandering was more cringe… Hillary saying she had hot sauce in her purse or Joe Biden playing 10 seconds of Despacito.

President Donald Trump went another direction and shared an edited video of the incident early Wednesday in which “Despacito” is replaced with N.W.A.’s 1988 hit, “—- Tha Police.”

“What is this all about?” Trump asked in the tweet sharing the video, which Twitter has labeled “manipulated media.”

The label did not stop the president from sharing the video a second time, about nine hours after the first one. This time, Trump’s caption read, “China is drooling. They can’t believe this!”

Trump has accused Biden of wanting to defund the police, despite Biden’s statements to the contrary, and the use of the N.W.A. song appeared to be an attempt to repeat the charge. It was not immediately clear how China played into the edited video.

Many of Trump’s supporters on Twitter pointed out that “Despacito,” which translates to “slowly,” was a poor song choice for Biden, whom Trump has occasionally derided with the nickname “Slow Joe.”

Are you registered to vote?: Check your status or register online now

Biden and Trump are locked in a close race for Florida, a critical battleground state where support from Latino supporters can make or break a candidate. Last week, an NBC News/Marist poll found Trump leading Biden 50%-46% in that key Sunshine State demographic – a group Hillary Clinton won by nearly 30 points in 2016. Among all Florida voters, the poll found the candidates tied at 48%.

That, and other surveys indicating weak support for Biden among Latinos, has sparked concern among Democratic strategists, and may have helped prompt billionaire Michael Bloomberg’s plans to spend at least $100 million to boost Biden in the state.

A Monmouth University poll released Tuesday painted a sunnier picture of Biden’s Florida prospects. It found him leading Trump in the state by 5 or 3 percentage points, depending on the level of turnout. And it found Biden up 58%-32% among registered Latino Florida voters.

Trump campaign adviser Steve Cortes tweeted that the playing of “Despacito” was indicative of Biden’s struggles to connect with Latino voters.

When asked about whether the incident helped or hurt Biden with Latino voters on “Fox & Friends” Wednesday morning, Sen. Marco Rubio, R-Fla., doubted it would be a factor.

“I don’t know if it matters. I mean, he was standing next to the guy who wrote –or performed the song, Luis Fonsi,” Rubio said.

“Here’s the bottom line: at the end of the day the people who are going to decide this election that happen to be of Hispanic dissent, especially in central Florida, these are very hard-working people,” Rubio continued. “What they want is what everyone wants. They want to be able to own a home. They want a job that brings dignity.”

Rubio argued Trump would be the candidate better able to secure those jobs for Latinos in his state.

In his introduction to Biden on Tuesday, Fonsi, who was born in Puerto Rico, said “Despacito,” a rare Spanish-language hit with English-speaking Americans, “proved to me that in this country, we will never be defined by our differences.

“And no matter who is president, Latinos and Latinas will always have a place here. But how much better would it be to have a president who celebrated our community instead of denigrating it?” he asked.

This article originally appeared on USA TODAY: Biden plays ‘Despacito’ on his phone at Florida event in viral moment

Wed Sep 16 , 2020
Welcome to the Capital Note, a newsletter about business, finance and economics. On the menu today: semiconductors, social distancing & scientific stagnation. NvidiaMoore’s Law, according to which computing power doubles roughly every two years, has long been the backbone of technological innovation. Smartphones and lightweight laptops were made possible by […] 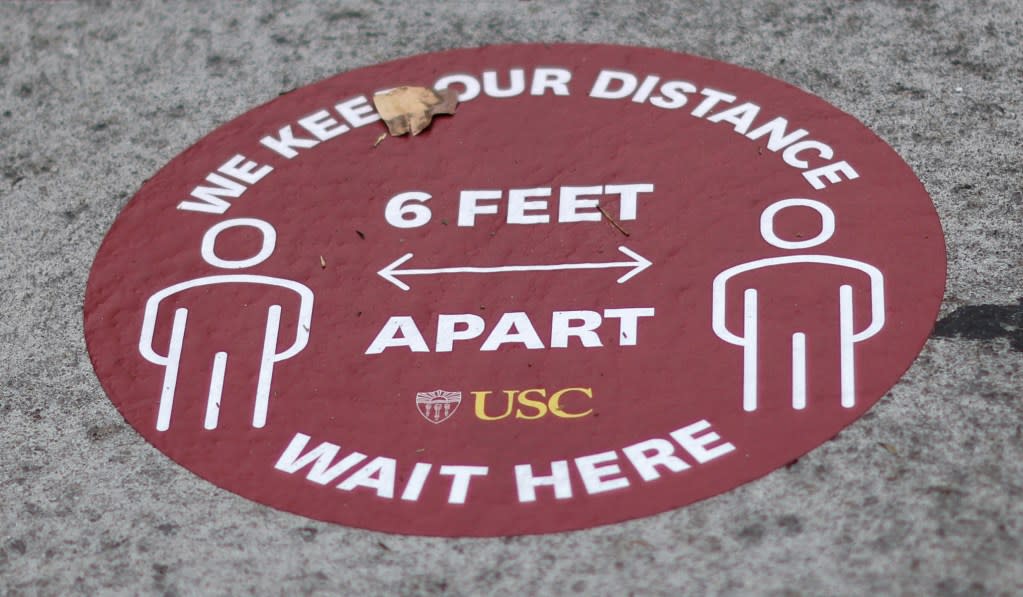