The former primary rivals will appear at a high school in Biden’s Delaware hometown to discuss their shared vision for how to defeat Trump and then lead the country through a pandemic, its economic fallout and a long-simmering reckoning with racism. Harris and Biden then will sit down together for an online fundraiser designed to let small donors get a fresh glimpse of what the Democratic presidential ticket will look like together.

In a reflection of coronavirus guidelines, there will be no adoring throngs that would greet a new running mate in a routine campaign and certainly one with Harris’ historical significance. The daughter of Jamaican and Indian immigrants, she is the first Black woman and first person of Asian descent to join a major party presidential ticket.

But the 55-year-old former prosecutor will have to put her animated public style – often a contrast to the folksier 77-year-old Biden – to use in television and online streaming formats without voter interaction or feedback.

The Biden campaign has said it plans a rollout that blends the historic nature of Harris’ selection with the realities of the 2020 campaign and the gravity of the nation’s circumstances.

“I need someone working alongside me who is smart, tough and ready to lead. Kamala is that person,” Biden told his supporters in an email explaining his running mate choice.

“I need someone who understands the pain that so many people in our nation are suffering. Whether they’ve lost their job, their business, a loved one to this virus,” Biden continued. “This president says he doesn’t want to be distracted by it. He doesn’t understand that taking care of the people of this nation – all the people – isn’t a distraction; it’s the job. Kamala understands that.”

Harris was considered a favorite throughout Biden’s search, and she’s been a regular surrogate campaigner and fundraiser for him since he became the presumptive nominee.

They’ll nonetheless have to paper over differences exposed during the primary campaign, from Harris’ initial support for a single-payer health insurance system and the Green New Deal to her deeply personal debate-stage broadside against Biden over his opposition to federally mandated busing to integrate public schools in the 1970s.

Trump seized on those dynamics, tagging Harris as “Phony Kamala” and casting her as the latest evidence that Biden, a five-decade veteran of the Democratic establishment, is captive to his party’s left flank.

White House adviser Kellyanne Conway on Wednesday insisted Harris is “very much part of the radical left” and suggested the senator will have a hard time not outshining Biden, whose age and fitness for office Conway frequently mocks. “He’s overshadowed basically by almost everyone he comes in contact with,” she said.

Biden’s campaign seemed prepared for the counteroffensive, noting that just weeks ago, Trump said Harris would be a “fine choice.” And campaign finance records show that Trump contributed as a private citizen to Harris’ attorney general campaigns in California. Harris was elected to the Senate in 2016.

Further muddying the GOP message, national operatives on Wednesday highlighted progressives’ criticism of Harris’ record as a prosecutor and California attorney general, essentially criticizing her as part of the Democratic establishment.

Indeed, Harris no longer supports a single-payer health insurance system, aligning instead with Biden’s proposal to add a public insurance option to compete alongside private plans. Still, Harris memorably raised her hand during one Democratic primary debate when candidates were asked whether they could back a system that scrapped private health insurance altogether.

She has broadly endorsed the Green New Deal, progressives’ most ambitious set of proposals to combat the climate crisis, but she didn’t make that an anchor of her presidential bid. Biden has moved left on his climate proposals during the 2020 campaign but has not fully embraced the Green New Deal.

In Washington, Harris has advocated overhauling the criminal justice system, intensifying her efforts since George Floyd’s killing by a white Minneapolis officer in May. And she’s called for sweeping domestic programs to benefit the working and middle class. But she has taken heat for some of her aggressive stances as a local prosecutor in the San Francisco area and for not prosecuting bank executives in the wake of the 2008 financial collapse.

That mixed record could have unpredictable effects in a national campaign.

Biden bets that, on balance, Harris has broad appeal that will shore up any weaknesses with Black women, an anchor of the Democratic Party, and other voters of color, while juicing turnout among white liberals and coaxing support from independents and Republican-leaning white voters who have soured on Trump.

“We won’t get the visual,” Finney said, referring to the realities of a coronavirus-era campaign. “But you can already feel the energy and excitement.”

The ticket, she said, “makes clear that Biden is serious about having people who like the diversity of our country and our future at the highest decision-making tables. That gives people hope.”

‘One of our own.’ Indians cheer Biden’s pick of Kamala Harris as White House running mate

How Biden chose Harris: Inside his search for a running mate

Race Is a Parenting Issue, Which Makes It Fair to Talk About in Online Parenting Groups

Wed Aug 12 , 2020
Across America, the issue of racism has come to the forefront of discourse in many different formats. If you are a parent and have social media, chances are you might be a member of an online parent group or forum. As a member of a few groups myself, it has […] 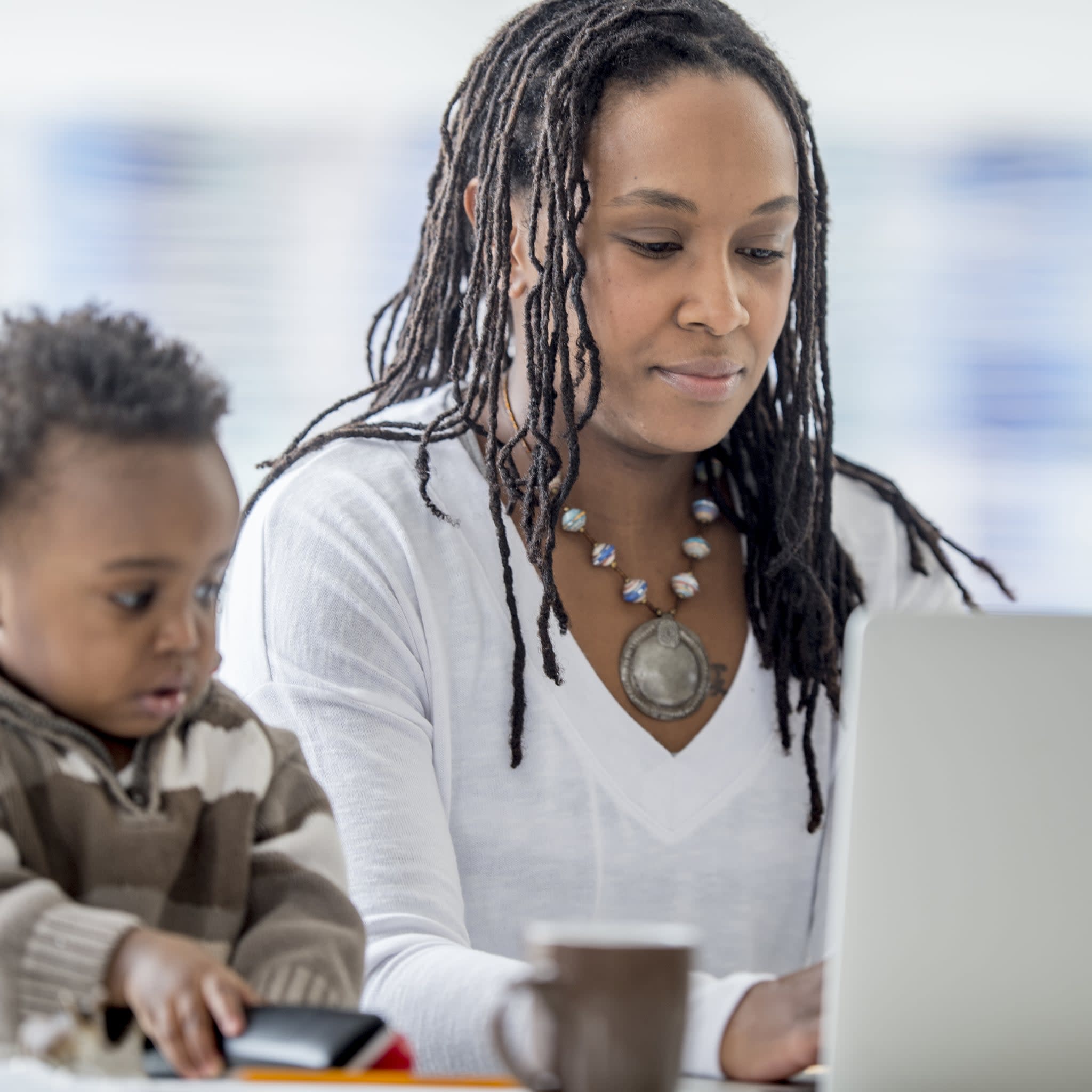