In a recent poll, one of HuffPost members’ top-requested features was a round-up of reader comments. (Photo: HuffPost Illustration) Every week, HuffPost editors read your comments on our top stories and highlight those that cut through the noise and make us think, help us see things from a different perspective, […]

Every week, HuffPost editors read your comments on our top stories and highlight those that cut through the noise and make us think, help us see things from a different perspective, start conversations or even change our minds.

For a chance to be featured here, participate in the comments by clicking the gray speech bubble to the left, next to the social share icons, which will open up the comments panel.

Comments have been edited for clarity, spelling, punctuation and length.

Unthankful Trump Refuses To Say If He Will Attend Biden Inauguration

“Personally I would enjoy seeing the drama of the interaction of the past presidents and DJT at the inauguration. It would be interesting to say the least!!”

“It’s really quite astounding just how quickly most of us got over Trump. Absolutely NOBODY cares if he attends the inauguration. His supporters won’t show up, except maybe some protesters and Biden’s supporters don’t want him there. He doesn’t get to speak. The day isn’t about him. He’s not going to make any money from the event … so why bother?”

“Find it shocking that conservatives think people have the right to spread deadly pathogens with such reckless behavior.”

“The legal argument here is based on people needing large gatherings in order to practice their religion. They don’t. Especially when doing so endangers lives. No one’s religion condones putting your neighbors’ life at risk. These are temporary measures to ensure safety. Not permanent measures.”

Judge To Trump: ‘Calling An Election Unfair Does Not Make It So’

“Trump is literally the last person on the planet to accept defeat.”

“Nothing demonstrates a loser as someone who can not graciously lose.”

Online Anti-Vax Communities Have Become A Pipeline For QAnon Radicalization

“These people have a poor grasp of history. Polio was wiped out because of mandatory vaccinations.”

“It’s their right not to accept the vaccine. It’s the right of the rest of the society to protect themselves by making them pay their medical bills, and isolating them while sick or with the virus. Nobody can have it both ways.”

“She said she didn’t want to show disloyalty to Trump, but what about the American voters and the Constitution? No one person should be allowed to have the power to do this ever again.”

“Another part of the system that needs fixing. Entirely too many loopholes in government, in which people can manipulate.”

My roommate was poisoning my dog to get back at me, and more advice from Dear Prudence.

Tue Dec 1 , 2020
Photo illustration by Slate. Photo by Sonja Rachbauer/iStock/Getty Images Plus. Dear Prudence is online weekly to chat live with readers. Here’s an edited transcript of this week’s chat. Danny Lavery: Hi, everyone! We’ve got all the problems you could possibly want, and then some. Let’s chat! Q. Poisonous secret: I just […] 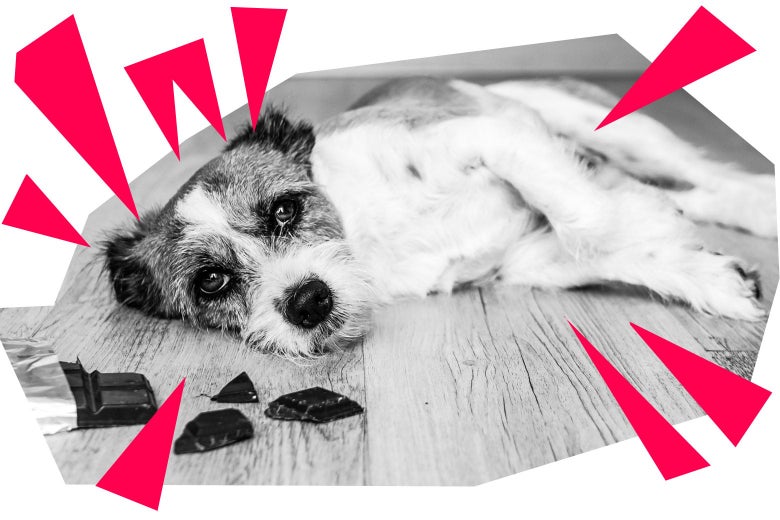