In his first address to the nation as president-elect, Joe Biden made it clear that he will make education a priority during his administration. He noted in his victory speech that his wife, Jill, is a teacher and that educators “will have one of your own in the White House.” […]

In his first address to the nation as president-elect, Joe Biden made it clear that he will make education a priority during his administration. He noted in his victory speech that his wife, Jill, is a teacher and that educators “will have one of your own in the White House.”

But Biden is also inheriting an educational system that is more troubled than at any time in modern history. The number of new coronavirus cases among children in the month of October was the highest since the pandemic started, according to the American Academy of Pediatrics. School districts, including those in Boston, Washington, D.C., and Los Angeles, are delaying reopening plans left and right. New York City is also contemplating moving to all remote learning.

It is so troubling that on Thursday Jerome Powell, chair of the board of governors of the Federal Reserve System, identified children as one of the groups he is most concerned about. “It’s kids who are not getting the education they should be getting,” he said.

This latest news has forced some of the nation’s top education experts to revise estimates about the long-term economic impact for children who are missing school. Researchers on a study released in September from the Organization for Economic Cooperation and Development predicted that children who are part of this online learning generation are expected to see 3 percent shaved off their earnings over time. They estimated an even higher drop of 4 to 5 percent for children with less access to extensive educational resources.

In recent days, researchers recalculated these figures and expect the impact to be much worse, with losses of 5-6 percent in lifetime earnings for all children in this generation of online schooling. The nation will lose $25-30 trillion over the rest of the century, according to the report, which relates labor market earnings to a cross-analysis of individual pay and test scores.

“The school closures hurt everybody who is in K-12 in spring of 2020 because they were locked out of school,” said Eric Hanushek, a senior fellow at the Hoover Institution of Stanford University and co-author of the OECD report. ”These are permanent losses unless we do something about it.”

The education level of people entering the workforce has a significant impact on the rate at which the economy grows in the long run, Hanushek told NBC News. A more educated person is more likely to have a job, work longer hours and be paid more. Higher education levels also correspond to improved health and lower rates of mortality and crime, according to a 2013 report from the Economic Policy Institute. All of these dynamics contribute to a faster growing economy, Hanushek said.

That’s especially troubling for students like Amiracle Johnson, 11, from Long Island, New York, a sixth grader who shares her family’s HP laptop computer and a Chromebook, on loan from her school, with two siblings in a makeshift at-home classroom. She has no in-person learning, and in the spring, Amiracle’s father lost his position as a porter at a pressing company and her mother left her job at a nursing home because she feared getting infected with the virus. The family lived on about $1,200 a month over the summer. But their expenses are two to three times that.

“With the remote learning, you have to keep the cable on, and they’re not giving out any breaks,” Kevin Johnson, Amiracle’s father, told NBC News.

Education researchers and economists are all finding that the long-term economic consequences of such a prolonged period without in-person schooling are devastating. Gross domestic product, a figure used by economists to gauge the overall size and health of the economy, could drop by 2.9 percent for the remainder of the century as this generation of kids enters the workforce, according to Hanushek.

“We’re talking about significant losses into the future,” he said. “That makes it harder to think about how we compensate disadvantaged kids because this will subtract from resources of the nation as a whole.”

Leading into the pandemic, the public school system had already undergone a decade of punishing budget cuts leading to historic teacher strikes in 2018 over pay and staffing. Last summer, President Donald Trump threatened to cut more funding to public schools that refused to reopen, even though 90 percent of state budgets are paid by state and local taxes. He backtracked in August telling reporters at an education event with Education Secretary Betsy DeVos that he preferred any stimulus money to “follow the student.”

“You know, why are we paying if a school is closed? Why are we paying the school?” Trump said. “I’d rather give it to the student, the parents, and you do your own thing.”

But nearly every level of government agrees that online learning, and prolonged periods out of school, can stunt a child’s educational growth. While there is no clear cut parallel in history to the coronavirus pandemic, academics and educators have pointed to the impact long periods out of school had on children during the aftermath of Hurricane Katrina in 2005. Doug Harris, a professor of economics at Tulane University, found that it took students two years to catch up. Only Black and low-income students fell 2 to 4 percent behind the path they were on before Hurricane Katrina shut down schools. White and higher-income students experienced no declines, he told NBC News.

“We know there was an initial dip in scores and students didn’t learn much in the aftermath of the hurricane,” Harris said. “The upshot is that the degree to which kids catch up is dependent on what schools do. That’s the wild card — how quickly can schools reopen and how able they can target resources for kids with disadvantages or disabilities.”

As families deal with their own economic crisis at home, school districts scramble to balance in-person and remote learning with fading financial support. The federal CARES ACT provided a $13.2 billion lifeline for schools to weather the pandemic. But educators have told Congress they need more funding to cover the costs of operating school remotely this school year. In New York, Gov. Andrew Cuomo has threatened to slash school budgets by 20 percent if Congress does not pass another stimulus bill — a threat that may pierce some school districts more than others.

“We’ve been very prudent in designing budgets that were giving us what we need year-to-year. As long as the revenues that have been promised to us from the state come through, we will skate on by,” Longwood Central School District Superintendent Michael Lonergan told NBC News. “We just worry about what the future will bring because of the economy.”

To make up for the losses that are anticipated through online learning, some parents are turning to any financial savings they have to ensure their kids don’t fall further behind.

“Parents at all levels of income are struggling,” said Deborah Stipek, a professor at Stanford’s Graduate School of Education. “It’s hard even if you have a high income and are able to work from home. You worry about whether your child is getting the kind of education that you want them to get.”

“I prefer it over teaching because you get to know the kids so well,” said Cooper, who leads three learning pods with a total of five kids for $30 an hour. “I can drive away at 3 and I don’t have any papers to grade.”

Online learning companies have also expanded their services to cater to this growing market for private tutors this academic year. Waine Tam, CEO of the online teacher and school matching company Selected, told NBC News that about half of all inquiries it received at the end of summer were requests for learning pods. Teachers on the Selected platform can make anywhere from $30,000 in a city like Tulsa to $60,000 in a city like New York, depending on their rate. Even at these prices, parents are willing to pay to pool their resources with other families and pay, said Tam.

“Pod teachers are being paid a premium because of the novelty and newness of the role, and the supply dynamic is skewed in favor of the teacher,” he said. “Parents are in high need.”

Without significant funds, in September, Amiracle’s mother, Felicia, pinned up a set of multiplication tables and a schedule for each of their three children in a corner of the family’s home office. Since their kids started remote learning in March, Kevin and Felicia have shared the teaching responsibilities. But neither of them is a teacher and their teenage son has already advanced in his education past their skills, which makes it difficult to help him at home.

“They were good students and fit in with everyone at school,” Amiracle’s father said. “But now I guess they just don’t want to do the home schooling.”

Kevin Johnson started a new job as a valet at a car dealership in Long Island last week, making $15 an hour, $2 less than he made as a porter. Felicia is still receiving unemployment as she stays at home to help the kids with school. They are now faced with an excruciating decision: continue their fall into poverty on a single income or leave their children to teach themselves at home. Either way, their kids lose, Johnson said. While Amiracle has always earned good grades and taken on extra credit, her father said she’s increasingly overwhelmed because she’s essentially teaching herself.

“I feel like the kids are getting cheated on education, and we’re already far behind as Americans in that department,” he said. “We’re making our kids dumber by not giving them the best way to learn.”

Is Square About to Get Into the Tax-Prep Business?

Sun Nov 15 , 2020
Square (NYSE:SQ) has previously said that it wants its Cash App to offer more financial products and services as time goes on, and tax preparation services would certainly qualify. A recent rumor indicates that Square could be preparing to get into that business very soon, and in this Fool Live video […] 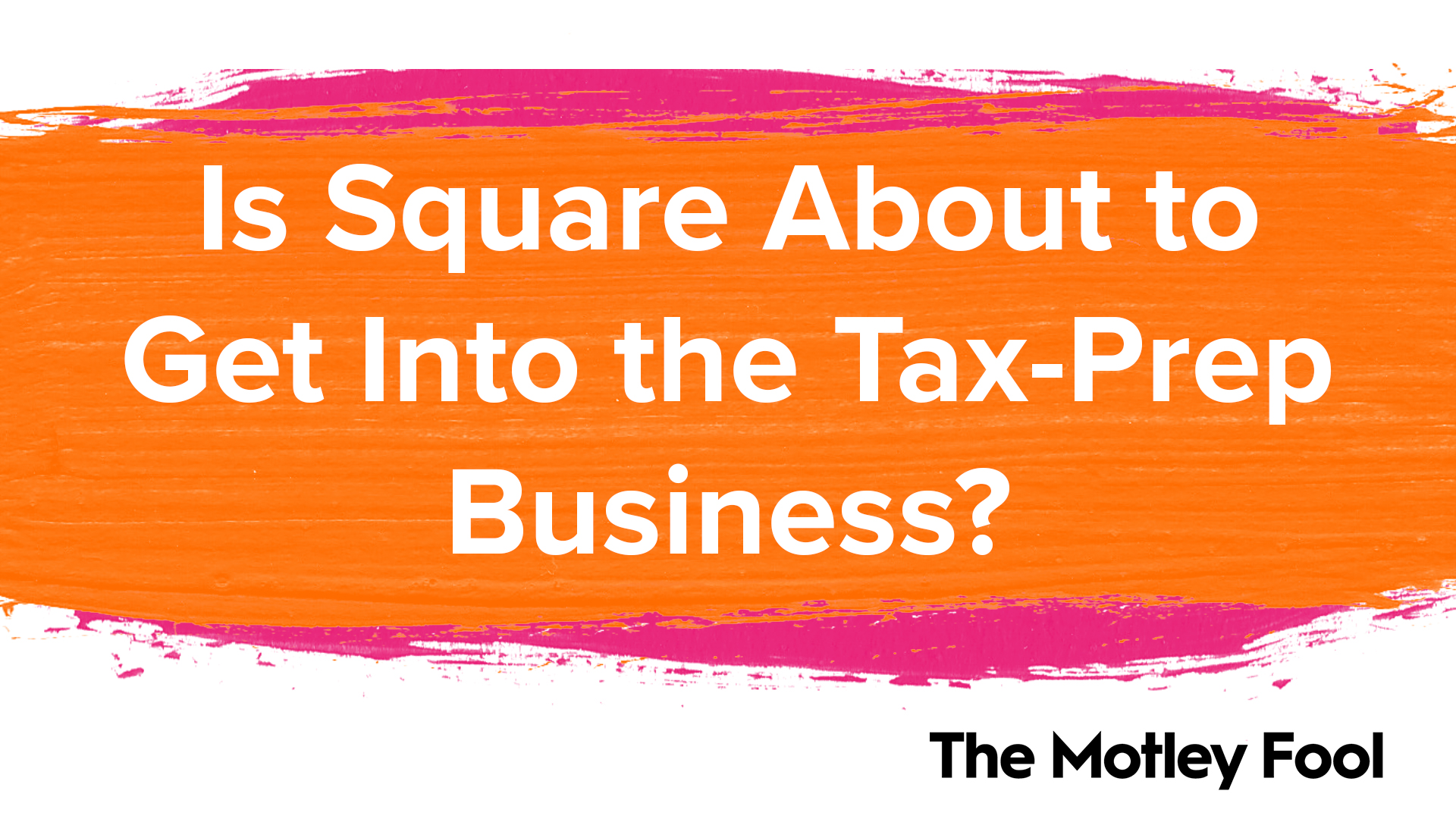