Denis Richard McDonoughBiden nominee: VA staff hampered by ‘mismanagement’ A crisis that unites veterans The ‘Biden Team’ is risk-averse, but capable and ready MORE — an unexpected nominee who would become only the second non-veteran to lead the VA — was chosen for his strong grasp of complicated bureaucracy, a workhorse ethic and solid relationships with Obama-era officials from his time as White House chief of staff.

But service groups and unions worry that limited firsthand experience with the VA may lead to a slow start for McDonough, 51, if he ends up taking the helm of what’s considered one of the most difficult federal agencies to run due to its sheer size and scope.

“Certainly he’s a very intelligent guy. Certainly the positions he’s held there’s no way in the world he would have been successful at any of them if he wasn’t very intelligent. But you can only see and learn so much at a time,” said Joe Chenelly, executive director of Amvets, a veterans advocacy group with more than 250,000 members.

“I do think there’s a steep learning curve to move into something so massive.”

But former President Obama’s longest serving chief of staff has jumped headlong into trying to better understand the second largest government agency. The day Biden made the announcement, McDonough called top veterans and gave out his cellphone number as a direct line of contact. A week later, he held a conference call with the largest veterans groups known as the “Big Six.”

Chenelly was on the call and said McDonough was not “expecting or asking us for the benefit of the doubt,” and recognized hesitation in the community surrounding Biden’s decision to pick someone who isn’t a veteran.

“He is someone who has very high-level political relationships. He’s told us personally that he will do whatever it takes to leverage those relationships to move government in whatever way he can, move it to be able to assist in the VA’s mission. That’s great to hear for sure,” Chenelly said.

But many advocacy groups were hoping Biden would nominate the first woman or first post-9/11 veteran to lead the agency. McDonough was such an unexpected choice that when Amvets prepared four separate news releases for Biden’s eventual nominee, “his name wasn’t on any of those,” Chenelly said.

Heading the massive VA is no easy task and many have floundered, even those who previously navigated the agency as a veteran.

The department oversees health care for some 9 million veterans, provides pensions and life insurance, helps with housing assistance and education and oversees dozens of national cemeteries. It does all that with roughly 400,000 employees and a budget of $263 billion.

Biden said he chose McDonough because of his experience in crisis management and his in-depth knowledge of government operations.

“I think everyone who has ever worked with him knows he is a world class manager with an innate understanding for how government can and must work for veterans,” Biden said at the time of the pick.

Jeremy Butler, chief executive of Iraq and Afghanistan Veterans of America, said he is optimistic despite McDonough’s lack of experience in running a major bureaucracy and no medical or military background.

Biden “chose Denis McDonough for a reason and that is because he is someone who knows how to get legislation passed,” said Butler.

It was McDonough who was credited with helping Obama bridge divides on Capitol Hill to pass the VA Choice Act, legislation that allowed veterans to seek care outside the VA following a 2014 scandal over wait times at its facilities. He was also involved in the overhaul of VA leadership after the debacle, which forced out then-Secretary Eric Shinseki

In his three years at the White House, McDonough also oversaw the 2015 Iran nuclear deal and the restoration of relations with Cuba, as well as several domestic policy accomplishments.

After Biden tapped him earlier this month, McDonough pledged to “fight like hell” for veterans and work to rebuild trust following years of fraying confidence in the VA.

Those who have met with McDonough following Biden’s announcement have said they’ve been impressed with his steadfast commitment to righting the ship.

“McDonough exhibits a deep understanding that taking care of our veterans is a cost of war, and assured me that a VA under his leadership will reflect those beliefs,” Tester said in a statement.

But McDonough also comes with a reputation as an intense micromanager from his time in the White House. Leon Panetta, who served as CIA director and later defense secretary during the Obama administration, called McDonough a control freak in his 2014 memoir.

That kind of management approach isn’t likely to prove successful at the VA, advocates say.

“We’ve seen secretaries in the past who’ve basically gotten in trouble because of how huge and complex it is. You can only control so much from Washington. It’s very easy if you don’t know how things move to miss some important things — not just of the veterans but employees too,” Chenelly said.

McDonough will also face challenges assembling a diverse, experienced team due to his outsider status in the veteran community, said Mary Beth Bruggeman, president of The Mission Continues, an organization that connects veterans with jobs in under-resourced communities.

“That’s a little harder for him than it might be for some others who might come in with an additional set of perspectives that are really valuable here,” Bruggeman told The Hill. “He lacks the veteran’s perspective.”

“He needs senior leaders who are going to be able to advise him and counsel him. Those are absolute imperatives to his success,” she added.

Still, those who have spoken with McDonough say they’re cautiously optimistic he can provide a real opportunity for big changes.

Butler, who said McDonough called him a few hours before his name was announced, said the former Obama official “listened far more than he spoke.”

“He assured me that he’s going to be someone that not only listens to but works closely with veterans groups to make sure that he understands what the issues are and the way he needs to fix things,” said Butler, who took a parting shot at VA Secretary Robert Wilkie

“That’s far better than can be said than over the last few years under Wilkie. I most certainly don’t have his cellphone number.”

Sat Jan 2 , 2021
The Las Vegas Raiders (7-8) will close out the season on the road Sunday against the Denver Broncos (5-10) in an AFC West clash. Both teams have been eliminated from playoff contention, so pride and draft positioning are on the line this weekend. Kickoff is set for 4:25 p.m. ET […] 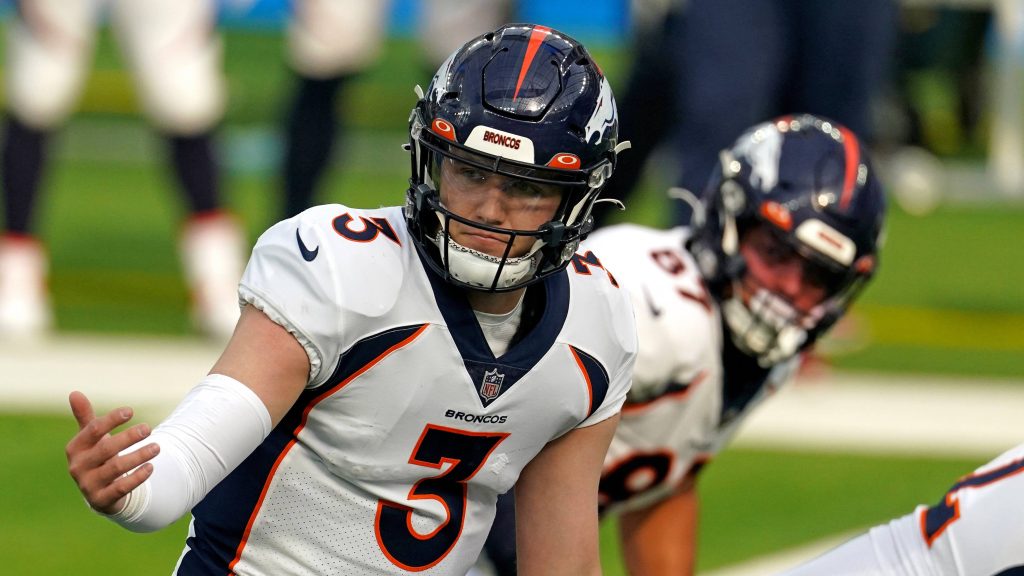