INX is gearing up for a landmark IPO, 1 billion tether jumped from Tron to Ethereum and a shift in bitcoin’s options market suggests bullish speculation is beginning to ease. You’re reading Blockchain Bites, the daily roundup of the most pivotal stories in blockchain and crypto news, and why they’re significant. […]

INX is gearing up for a landmark IPO, 1 billion tether jumped from Tron to Ethereum and a shift in bitcoin’s options market suggests bullish speculation is beginning to ease.

INX IPO
INX plans to launch its landmark initial public offering (IPO) as soon as Monday. The cryptocurrency and security token exchange signaled plans to go public in January 2018, aiming to become the first Securities and Exchange Commission-compliant security token offering, open to mom-and-pop investors. INX will price 130 million tokens at $0.90 each, totaling $117 million in gross proceeds. These tokens will have utility on the company’s exchange and entitle investors to a share in profits.

Auto complete?
Three Swiss crypto companies have completed the first automated bitcoin transaction that meets anti-money laundering (AML) standards. Zug-based Crypto Finance AG and 21 Analytics, and Geneva’s Mt Pelerin announced Friday 21 CHF worth of bitcoin (~$23) had been sent in a live demonstration of a new transaction using the Travel Rule Protocol, an automated way to comply with standards set by the Financial Action Task Force’s “Travel Rule.” Since being adopted, intermediaries have had to do Travel Rule compliance manually.

Patching ETC
Following a spate of 51% attacks, ETC Labs has shored up an action plan to protect the Ethereum Classic blockchain. In the short term, ETC Labs will attempt to stabilize the chain’s plummeting hashrate, increase network monitoring, coordinate closely with exchanges and deploy a finality arbitration system. Longer term could see a change in ETC’s proof-of-work mining algorithm, the introduction of a treasury system and adding 51% attack-resistant features.

Tether swap
Stablecoin issuer Tether shifted 1 billion in USDT from the Tron blockchain to the Ethereum blockchain in an early morning chain swap Thursday. Swapped in conjunction “with a 3rd party,” according to a Tether tweet, the token transfer drains 23% of TRON’s USDT reserves, which previously stocked $4.3 billion in the stablecoin. It also pumps up Ethereum’s reserves, where well over half of the nearly $13 billion circulating USDT already reside. Ethereum is a hotbed for decentralized finance projects and as such a popular spot for USDT.

Judicial use
Thailand’s largest court system is developing a blockchain storage network that will move judicial information entirely online when it debuts in Thai Courts of Justice in 2021. Already in the midst of a national digitization campaign, the Office of the Court of Justice, which oversees 91% of Thai courts, said Thursday it is “actively developing” the blockchain network. Details are scant on the newly revealed blockchain project, and it was unclear at press time if Thailand is building the network with private-sector help, CoinDesk’s Danny Nelson reports.

Rachel-Rose O’Leary, a trainee C++ developer at PolyTech and prolific cryptocurrency writer, tells her personal account of getting into Bitcoin and Ethereum and her opinion of where things have gone wrong. Excerpted below, you can read the full story here.

Bitcoin has lost its way
Like the ancient Irish poets, the filí, programmers have the ability to alter reality with an utterance. Code is an incantation, an act of summoning ideas and inclinations into material reality. It is a conduit between the sphere of ideation and that of politics and sociality.

But technology isn’t merely the product of ideas – it actively shapes belief systems, reconfiguring the world in which it is applied.

Programmers know this: When a user’s behavior is influenced by code, it’s called opinionated software. When a user is manipulated for corporate interests, it is known as a dark pattern.

Software also has unintended consequences. Released into the wild, code propagates ideology in unpredictable and chaotic ways. Inevitably, it backfires, and innovation flows through human society, irrespective of, and indifferent to, political difference.

To what extent technology is informed by and produces belief systems has haunted me throughout my adult life.

It has caused me nightmares: dark conclusions on the nature of technology, prophecies of machine takeover and terrifying visions of the future of war.

It has also given me dreams. I believe it is within humanity’s power to reshape the narrative by which technology is formed. In doing so, it becomes possible to take back the reins of runaway technological innovation and re-orientate human destiny.

Crypto is at the front line of this struggle.

Open and shut?
Open positions in bitcoin (BTC) options are at near-record levels, increasing to $2.1 billion Thursday. The number of bearish puts relative to bullish calls has recovered from -10.3% to -3% in the past four days, indicating traders are offloading much of their call options onto the market. This suggests bullish speculation is beginning to ease – a sign of investors anticipating consolidation or price drop, CoinDesk’s Omkar Godbole said.

Going wumbo
LND, a Lightning Network implementation from startup Lightning Labs, has adopted support for wumbo channels. This SpongeBob Squarepants-themed standard removes a limit to the amount of bitcoin that can be held in a Lightning channel (currently 0.16777215 BTC) as well as limits on how large an individual payment (previously 0.04294967 BTC) can be, CoinDesk contributor Alyssa Hertig reports. Caps were placed to prevent catastrophic losses on this experimental protocol. ACINQ’s eclair and Blockstream’s c-lightning both adopted a form of wumbo earlier this year.

Not a spoof
A little-discussed type of SIM card is causing havoc for unsuspecting victims. “White SIMs make it extremely easy to conduct outgoing spoofed calls,” said Hartej Sawhney, Principal at cybersecurity agency Zokyo. “They are illegal basically everywhere.” These cards offer the ability to spoof any number, can be encrypted and in some cases allows the user’s voice to be altered and cloaked. Such SIM cards are favored by criminals, and they can make social engineering attacks like those that struck Twitter last month easier to execute, CoinDesk privacy reporter Ben Powers said.

BTC for office
Who are the most pro-bitcoin politicians running for office? The Breakdown dives deep on both sides of the aisle.

The 15 coding languages with the highest salaries, and how to learn them online at no cost 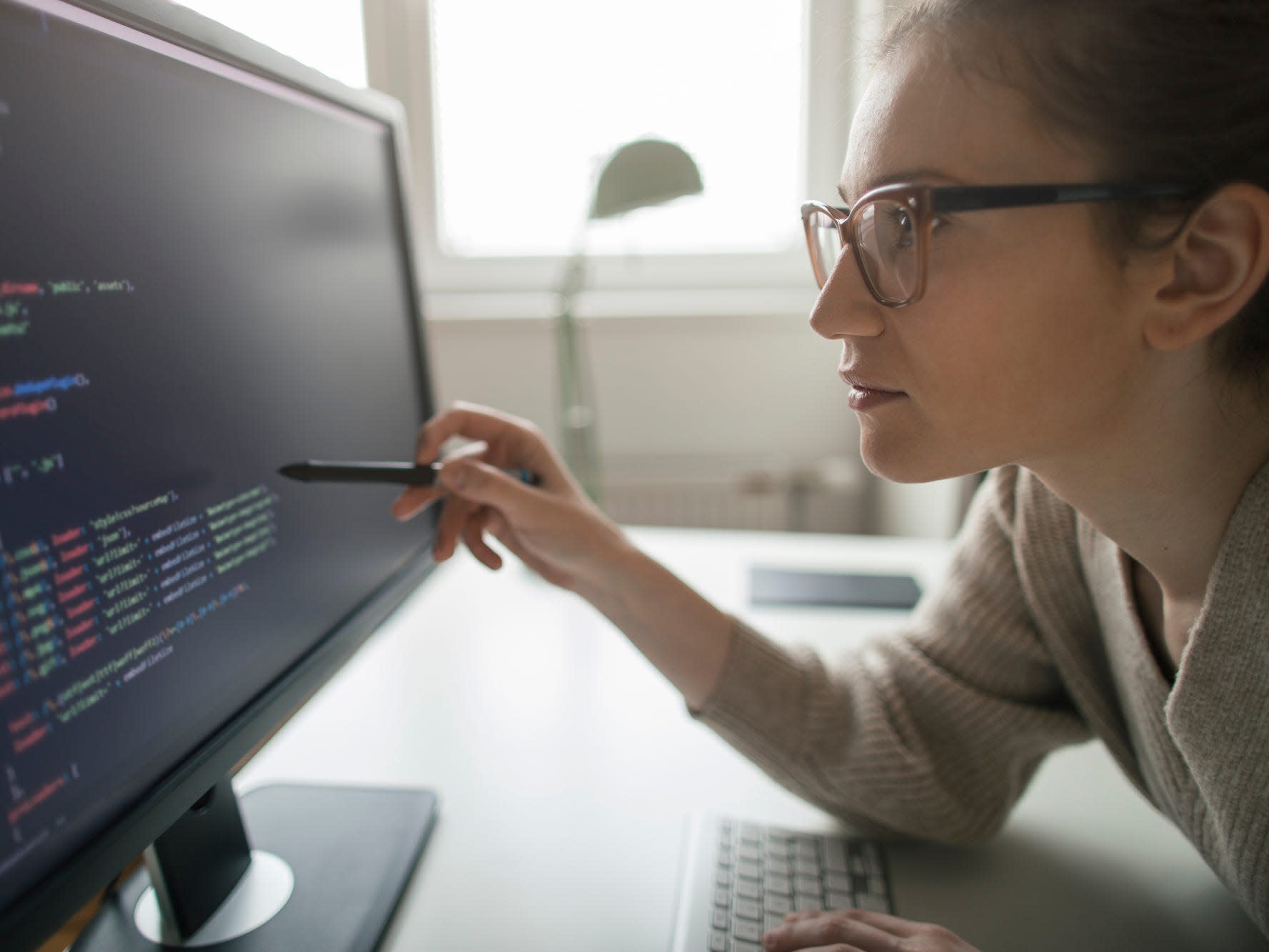