(Small Stuff) Black Friday has never exactly been popular with independent retailers, who can’t match the huge, often loss-making, discounts or the multi-million dollar advertising budgets of Amazon and other online giants. The latest instalment of the shopping bonanza could hardly have been more poorly timed, with thousands of independent […]

Black Friday has never exactly been popular with independent retailers, who can’t match the huge, often loss-making, discounts or the multi-million dollar advertising budgets of Amazon and other online giants.

The latest instalment of the shopping bonanza could hardly have been more poorly timed, with thousands of independent stores closed until next week — well into a Christmas shopping season that could be the difference for many businesses between surviving or shutting up shop for good.

Some fear they will struggle to keep going until a vaccine arrives, hopefully in the spring, and that UK town centres — already in decline — will be poorer for it.

“It just feels like a kick in the guts,” says Heidi Early, co-founder of Early Bird Designs, a card and gift shop in Stoke Newington, north London.

“We’re doing the same thing this year but it just feels so much harder, so…” she hesitates to use the word but, given the situation, it seems the apt choice, “unfair”.

“It’s very hard to fight back when you’re closed.”

She worries about the long-term scars that may be left by a shift online which has been turbo-charged by the pandemic: “Our high streets are going to be pretty dark places – there’s not going to be any colour, our local communities will suffer.”

During the second lockdown in England, unlike in Wales, more big stores have been allowed to open and to sell all of their products, even if only a minority are “essential”, taking further sales away from independents.

“It’s tenuous to claim some of these places are essential, like WH Smith or Home Bargains,” says Early. “They’re selling the same kinds of things we are.”

A government grant that was supposed to help small businesses won’t even cover one month’s rent for Early Bird Designs, let alone the sales lost in November, the second busiest month of the year.

A common refrain among business owners who, by their nature, do not want to live on handouts, is: “We’re grateful, but it’s just not enough”.

In any case, three weeks into lockdown, and the council still hasn’t paid Early Bird’s grant. Others cite similar experiences.

This sense of unfairness may be particularly acute on Black Friday but is not new. The terrain was tilted in favour of big online retailers long before Covid-19 existed.

Multinational firms have aggressively shifted billions of dollars through tax havens, giving them an advantage on price that has been fundamental to their success — and others’ demise.

An outdated tax system that charges high business rates on town centre shops and much lower ones to out-of-town warehouses clearly rewards the latter.

While rates have been suspended for many businesses during the pandemic the biggest beneficiaries have been supermarkets, scooping a £2bn tax windfall while also hoovering up sales from other shops forced to close.

This month, Sainsbury’s provoked anger when it revealed it had received £230m in rates relief and would pay a £231m dividend to shareholders.

Adding to the sense of unequal treatment is that many independent shop owners feel they are actually safer than the supermarkets.

“I have full control over what happens in my shop. I can see every interaction, every customer touching every product, I can have one in one out,” says Helen Stirling-Baker, founder of eco-conscious early-years shop Small Stuff.

The fact she can only re-open her shop after Black Friday is a concern. “Have people done their Christmas shopping early? Will the still want to shop with us?”

“Everyone here is worried. A couple of cafes have closed down locally and there’s no way of knowing what January and February will bring, even in a normal year. The high street is always very quiet.”

In Ipswich, family-run department store Coe’s is facing one of its hardest Christmas’ since opening in 1928.

Managing director William Coe says he will be lucky to achieve half of last year’s festive sales. Christmas stock was bought back in February, which seems like another world. Much of it will sit in a warehouse until next year and cutbacks will need to be made.

“We’ve lost a huge amount of turnover and you never make up everything. Some of it is just gone”.

An earlier, shorter lockdown, as put forward by Labour and the government’s scientific advisors, would have been much better, he says.

“But there’s no point crying over spilt milk.

“The big online merchants will be making hay while they can during this period. The only way to balance that up is by giving more support to non-essential retail.”

That means business rates relief in 2021-22, says Coe, arguing that it removes a big bill on the horizon and encourages retailers to keep going when they might otherwise throw in the towel.

Will more stores close for good? “Absolutely, without a shadow of a doubt.”

The situation feels “completely unfair” he says. “But you can’t lose too much sleep over that. You’ve got to dig deep, move forward and fight the battles that you know you can win.”

Andrew Goodacre, chief executive of the British Independent Retailer’s Association called for Black Friday to be moved later this year, so that all shops could compete, but stopping the juggernaut was always going to be difficult.

“Being closed for the whole of November is bad enough, but then having to deal with Black Friday being dominated by large chains and internet companies adds salt to the wound,” he says.

After the last lockdown, one in five independent retailers didn’t reopen.

“We will have to wait until January or February to see the true impact of lockdown 2.0,” says Goodacre.

“But it is very concerning.”

How to save money on shopping by doing gift exchanges, setting a budget, and getting CASH BACK

Thu Nov 26 , 2020
THE holidays are supposed to be a relaxing, joyous time of the year – but when gifts come into play, the season can become stressful. Shoppers often spend loads of money on gifts for family members, friends, and coworkers, among others. 5 Chaotic holiday shopping doesn’t have to ruin the […] 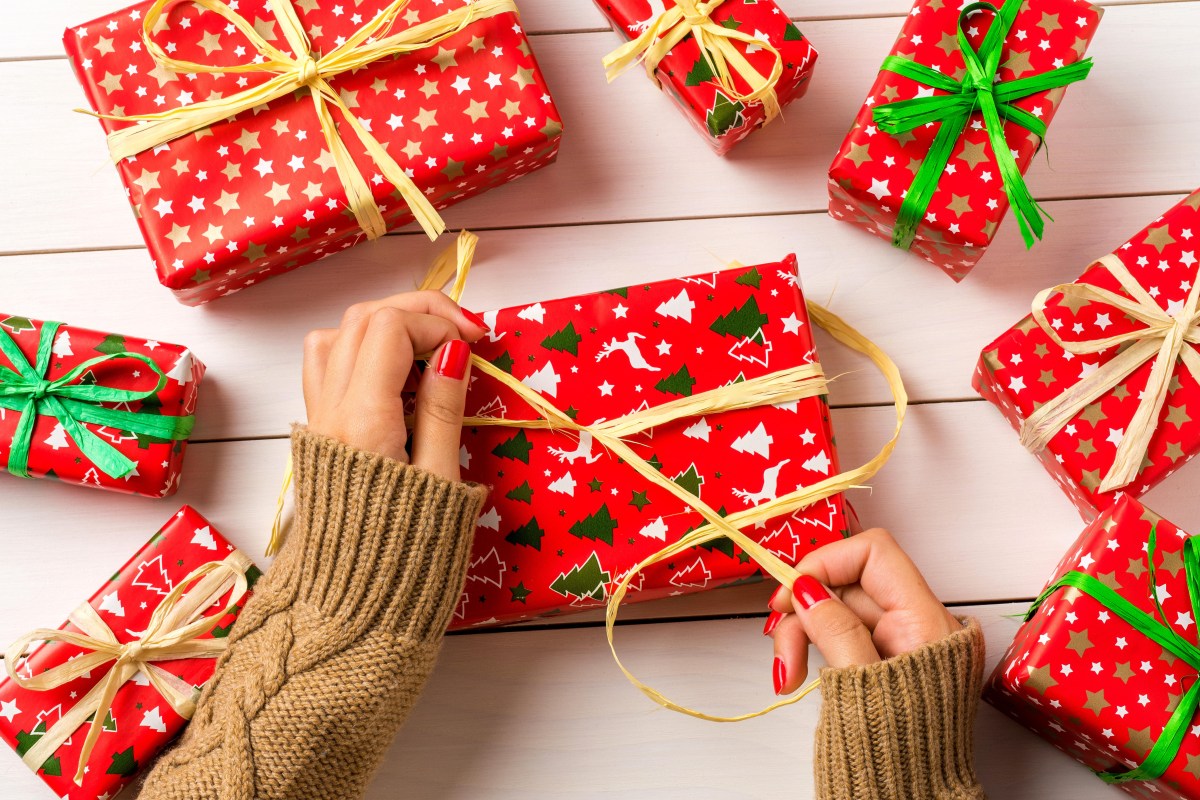